In what was an all-Hitech duel for the top spot for the starting grid of Sunday’s Feature Race, Lawson improved on his second quick lap to take pole.

Vips, who challenged throughout, couldn’t improve despite setting the fastest time in the first sector on his final run.

Only 21 cars would take part in the qualifying session, with Roy Nissany sitting out. The damage his car sustained in the morning’s Practice was too severe for his DAMS mechanics to repair in time.

Issues from Practice came to haunt Marino Sato, too. The Japanese driver was penalised by the stewards after failing to stop his damaged Trident in a safe position after crashing at Turn 15.

With drivers using the installation lap to warm up their tyres before their first quick lap, the field scrambled for a clear track, whilst looking for a tow down the main straight.

First to set a benchmark time was Lawson, who managed a 1:55.564 to go quickest in the early stages of qualifying ahead of Hitech team mate Vips.

The Monaco Feature Race winner, Théo Pourchaire, proceeded to beat Lawson’s time by over a tenth on his first flying lap. The Frenchman set a 1:55.455 to go quickest for ART Grand Prix.

The times quickly began to tumble. Dan Ticktum improved on his second run to go fastest with a 1:55.308 after going quickest in the final sector.

Next to top the standings was the DAMS of Marcus Armstrong. The Kiwi beat Ticktum’s time by over two-tenths and edged out Christian Lundgaard, who was second fastest, and of Pourchaire, who was just behind.

With half of the session gone and the first quick runs completed, Armstrong led Lundgaard and Pourchaire, with Lawson, Vips and Ticktum rounding out the top six.

Further back, Felipe Drugovich sat in seventh ahead of Robert Shwartzman and Bent Viscaal with Ralph Boschung in 10th ahead of championship leader Guanyu Zhou.

With 10 minutes left to go, the entire field except for both Tridents ventured out for their final attempts to beat Armstrong for pole position.

Lawson wasted no time in laying down a hot lap to top the timesheets, as the Red Bull junior went quickest on his second run with a 1:54.332. Lawson just edged out Vips, who was just 0.023s slower.

Despite going quickest in the first sector on his final run, Vips couldn’t snatch pole position from Lawson, who managed to further improve on his final lap. A fine way for Lawson to claim his maiden Formula 2 pole.

Vips would stay in P2, completing a Hitech front-row lockout. The pace of both cars was evident as Piastri in third was a further two-tenths behind both drivers from the Silverstone-based team.

Pourchaire was fourth quickest, ahead of early pacesetters Ticktum and Armstrong. Boschung improved to seventh, ahead of championship leader Zhou.

Jehan Daruvala was ninth ahead of Shwartzman, who will start on pole for tomorrow’s Sprint Race 1.

Drugovich and Lundgaard will feel hard done by with 11th and 12th, respectively – as they just miss out on the reverse grid benefits. 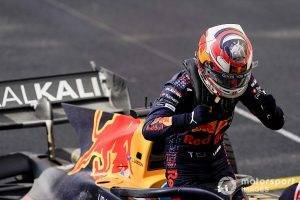