Joseph Loake is pleased with his performance at the British F4 pre-season test at the Brands Hatch Indy circuit.

The 16-year-old was just 1.1 seconds off pacesetter Alex Dunne who topped the timesheets at the Kent Circuit on the 8th of March.

Loake said via Instagram: “So if some of you didn’t realise, we were back out on track for a very productive day at the British F4 official test at Brands Hatch.

“The main focus was to get to grips with the car in the UK, and the new Pirelli tyre. We were also helping Neil Brown Engineering with their development of the equalised engines for the 2022 season.

“Was amazing to be back out there, and we had great pace at times, and we’ve shown what we can do.

“I’m very happy with how I drove and he we progressed throughout the day, so I’m looking forward to what comes next.”

The Maxonian continued to get used to the all new second generation FIA F4 car which is now equipped with the halo and Pirelli tyres.

Loake first drove the new British F4 car during two rounds of the Formula 4 UAE Championship at the Dubai Autodrome.

He secured a best finish of P11 in a series brimming with talent including Charlie Wurz and the 2020 British F4 champion Luke Browning.

His plans for 2022 remain unconfirmed but returning to the British F4 Championship is a possibility for Loake.

When asked about his future in 2021 he said: “We don’t know yet is the simple answer. There’s a lot of things going on behind the scenes where we’re trying to work out what’s going to go on.

The British F4 campaign kicks off on the 22-24th of April at Donington Park. 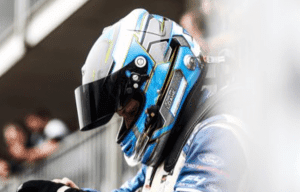