Christian Lundgaard has put in some excellent performances so far in 2021.

The ART F2 driver has picked up a duo of podiums in Formula 2 and could have enjoyed a third podium this season only for a mechanical failure at Monaco to scupper his chances.

Lundgaard got the brilliant opportunity to race in the NTT IndyCar Series for Rahal Letterman Lanigan Racing at the Big Machine Spiked Coolers Grand Prix on the Indianapolis Motor Speedway road course.

The Big Machine Spiked Coolers Grand Prix represented the 12th round of the 2021 IndyCar Series and Spaniard Alex Palou currently leads the championship.

The event also became the third round of the championship to be hosted at Indianapolis after the GMR Grand Prix and the Indy 500 took centre stage at IMS earlier this year.

NASCAR’S Cup Series and Xfinity Series also raced at Indianapolis alongside IndyCar in a bumper weekend of motorsport.

Championship leader Palou led the way in practice with a time of 1:10.8839 while Lundgaard’s best effort was a very impressive 1:11.1412.

The 20 year old amazingly got the better of both his team-mates Graham Rahal and two time Indy 500 winner Takuma Sato in practice whilst completing 27 laps, the most of anyone in the one hour session.

Lundgaard carried his terrific form in qualifying, the Danish driver lined up in Group 2 with the chance to qualify for the Firestone Fast 12. 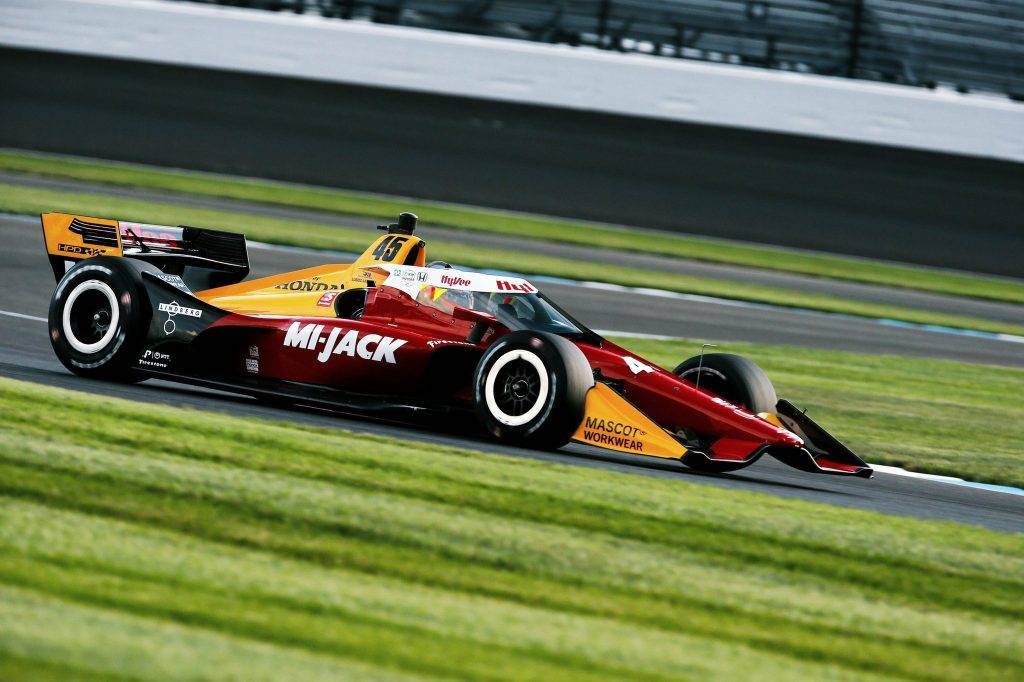 He performed magnificently in his number 45 car claiming P2 with a time of 1:11.0511 thus qualifying for the Fast 12.

Lundgaard showed his talent getting ahead of some esteemed company in the shape of former F1 driver’s Romain Grosjean and Marcus Ericsson alongside Mexican superstar Pato O’Ward.

As the Firestone Fast 12 rolled around, Lundgaard didn’t look intimidated by the occasion and qualified fourth for his IndyCar debut in a sensational lap.

.@lundgaardoff is making a statement in his first INDYCAR qualifying.

IndyCar also features a pre-race warm up. Lundgaard racked up more laps than anyone else in the session getting more experience on his IndyCar debut.

The race itself was absolutely thrilling in true IndyCar style.

O’Ward led the field from the rolling start getting the better of Australian Will Power.

Lundgaard suffered from food poisoning the night before the race which made his performance even more impressive.

The Danish driver initially kept his fourth place, seeing off a firm challenge from the lightning quick Colton Herta. The Andretti Autosport driver sneaked up the inside at Turn 7 on the first lap, as he looked to make amends after throwing away a certain podium in Nashville.

Lundgaard impressively kept pace with the leaders during the opening stint and even led two laps of the race after staying out longer than his rivals.

After their first pit stop, O’Ward and Power found themselves in sixth and seventh place. Power performed a crucial move on the Mexican on Lap 18 to take the net race lead.

On Lap 22, Lundgaard made a great move on Conor Daly, the American recovered from a mistake and dropped back behind the debutant. As Herta passed O’Ward for second place making use of his grippier, Alternate tires.

As the 85 Lap race progressed, Power continued to lead at Indianapolis. With 30 laps to go the Team Penske driver encountered James Hinchcliffe who was a lap down on the race leader.

With no blue flags in the NTT IndyCar Series the Canadian began to hold up Power as Herta closed the gap.

The Dane fought drivers with much more experience than himself including Ryan Hunter-Reay and  six time champion Scott Dixon for thirteenth place.

The race took a late twist for Alex Palou as his engine expired on Lap 68 costing the championship leader valuable points.

The Safety Car was deployed, Lundgaard kept calm and didn’t capitulate at the restart.

Another Safety Car was deployed on Lap 77 due to Rinus VeeKay stopping out on track, Lundgaard perfected the restart keeping P13.

As the race drew to a close Rahal Letterman Lanigan’s new recruit moved up to P12 as Hunter-Reay made a late pit stop.

The race ended with Power taking a much needed victory and Lundgaard impressing on his IndyCar debut showing blistering pace and a cool head under pressure.

What did you make of Lundgaard’s IndyCar debut? Here’s a few words from the Dane.

What @lundgaardoff had to say about his @IndyCar debut ??

We thoroughly enjoyed it, CL! pic.twitter.com/VJE3yVrfhv 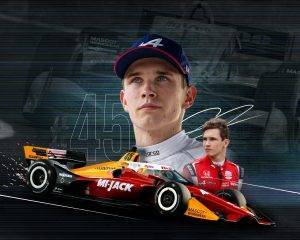