This sees the Danish driver take the four points awarded closing the gap to Yuki Tsunoda who sits in fourth.

After being disqualified and losing his victory in the Monza Sprint Race, Dan Ticktum was back with a vengeance and took second place on the grid for tomorrow’s Feature Race.

Championship leader Callum Ilott qualified in the top three for the eighth time this season.

The session got off to a rocky start for some drivers, with Mick Schumacher unhappy about the behaviour of some of his fellow drivers on track, who were backing off in front of him and trying to gain space.

The limited tyre window was not all the drivers had to worry about at Mugello, with the gravel traps catching several drivers out throughout the session.

Schumacher took a trip into the gravel himself but luckily managed to stop his PREMA car going into the wall on the exit of Turn 11.

Hitech driver Luca Ghiotto, at his second home race weekend in Italy, also met the gravel trap when going wide, coming out of Turn 6. Luckily, both drivers were able to continue.

Marcus Armstrong initially took provisional pole with a 1:30.857. This would have been the first time the Ferrari Academy driver had scored points since Round 2 in Austria.

However, the second ART of Christian Lundgaard set a blistering lap to snatch provisional pole with Dan Ticktum for DAMS in second.

The first half of the session proved to be a struggle for the three main championship contenders.

UNI-Virtuosi’s Callum Ilott was outside the top 10 in 11th place, whilst the PREMA’s of Robert Shwartzman and Schumacher lay in 12th and 21st respectively.

Duelling for track position continued in the second half of the qualifying session, with Lundgaard complaining on the radio about Nikita Mazepin’s behaviour.

At one point, Lundgaard tried to pass him, only for the Russian driver to block him and refuse to give up the track position.

The Renault Academy driver then improved by 0.072 seconds to clock in a 1:30.133 and hold on to provisional pole.

Ticktum improved once again, but missed out by 0.005 seconds.

Ilott improved up from 11th to third, only 0.071 seconds behind the pole-sitter Lundgaard.

After a trip to the gravel trap at Turn 9, Jüri Vips managed to qualify in seventh, with Ghiotto, Shwartzman and Jack Aitken completing the top 10.

Further down the field, Red Bull junior Yuki Tsunoda could only put in a good enough time for 11th, whilst Mick Schumacher struggled and finished the session in 15th.

Lundgaard will be happy to take his maiden pole position in Formula 2 today and will be hoping to convert it into a third podium appearance on the bounce in the Feature Race tomorrow.

With Mugello being an unfamiliar track for many of the drivers and tyre degradation a major factor, Formula 2’s ninth round is sure to throw up some surprises. 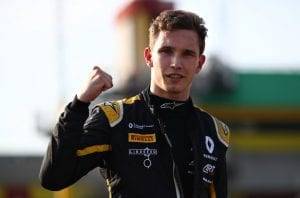