ART’s Christian Lundgaard stole the show on Sunday in Styria and is determined to carry that winning form to the Hungaroring this weekend.

“The Hungaroring is my favourite track. I like the whole complex. I like the area and everything around the circuit. The facilities are good, and I think it’s quite unique. I wouldn’t say it’s a high-speed track, but that makes it a bit more demanding on the drivers, who can really make a difference.”

That difference will be a pole position on Friday as the Hungarian track is a challenge for overtaking and starting at the top of the grid is critical.

“The first part of the track is where we’re likely to see the most action. It’s difficult to overtake in the final two sectors, and if there are any overtakes there it’s likely to be because of a mistake. I don’t think people will be close enough to each other in the middle sector. The overtaking zones to watch out for are likely to be Turn 1 and Turn 2.

Some other drivers have taken the big headlines over the opening two rounds but the Dane was quick to recognise that a Championship is a game of consistency;

“I’m hoping we can carry on our momentum from Austria. I think it’s only myself and Dan Ticktum who have scored points in all four races so far. It will be key to keep that going, but also to keep on improving like we did in Spielberg. I’m really looking forward to it. I have good memories and I’m very comfortable at the track. It will be an interesting weekend.”

Consistently dominant would be his best outcome however, and he will look to take learnings from previous experiences into this weekend so that he can start at the front and finish at the front.

“Budapest last year in F3 is absolutely one of my favourite memories. I was fastest in Free Practice, took pole position in Qualifying, and was P1 with the fastest lap in Race 1. That was the highlight of that weekend! Even in 2018 ‘s EuroCup I was quite strong pace-wise, but last year was a very good memory.”

The ART team are also looking in top form with both drivers producing on track and delivering them 77 points in the Team Championship thus far. 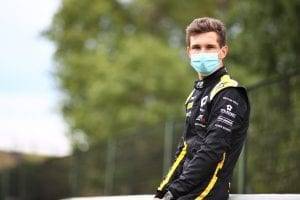