It will be a title deciding weekend for Prema in Bahrain as the Formula 2 season comes to a close.

During the first event in Bahrain, Prema was able to keep the lead of the Drivers’ and the Teams’ Championships.

Now heading into the season finale, Prema are top of the team standings by 47.5 points.

Their driver Mick Schumacher is leading the driver standings by 14 points with two wins and a total of 10 podiums.

The German will need to keep the consistent pace up in Bahrain to claim the title before heading to Formula 1 next season with Haas.

Bahrain also saw Robert Shwartzman get back to the top step of the podium after a few struggles in recent rounds.

The Russian has four wins so far, more than anyone else in the field, and while he is still in contention for the overall title, he is in his own battle for the rookie competition.

Along with the team as a whole, Shwartzman will be motivated to end the season with a couple of positive results.

“We are nearing the conclusion of a really challenging season. We are proud of what we accomplished so far, but we have still the most important round of the year ahead of us. It is time to wrap up all the efforts done so far and not making mistakes will be crucial despite the many unknown factors. We will work harder than ever, and hope that all the efforts made this year will be rewarded by the results.”

The Bahrain International Circuit will host its second consecutive round of the series.

However, unlike other times this season, the double header will see a different track configuration being used.

This weekend, both Formula 1 and Formula 2 events will be using the outer track – a high-speed variant featuring a connection between Turn 4 and 13 of the original Grand Prix circuit.

The finale will play host to many unknowns since the outer track has never been used by the Formula 2 cars and will require a different setup in terms of balance and aerodynamics.

Prema have the chance to seal both the Teams’ and the Drivers’ Championships this weekend providing everything goes to plan for the Italian outfit. 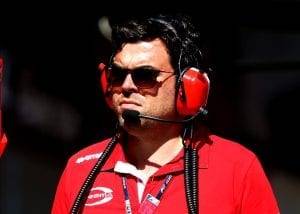