Guanyu Zhou has spoken of his intrigue about the new 2021 Formula 2 race format which he believes will be stressful as well as interesting to watch.

The Chinese star who has been recently called China’s best Formula 1 hope by Alpine academy director Mia Sharizman spoke to Autosport.com about the new format.

“My point of view is that it is going to be quite interesting for the people watching and for us, it will be a little bit more stressful, you will definitely have to have no mistakes and try to finish in the top 10.”

Zhou also pointed out the increased importance of qualifying, with tenth now worth pole position for the first sprint race.

However, Zhou will still be aiming for pole position and the four bonus points that come with that accolade.

“I’m still not sure if qualifying pole is better or qualifying P10, but I will be going for the extra four points for pole, I think from my point of view it will make the championship more compact and close in terms of points especially when we are heading to Monaco or the city tracks.”

“You couldn’t really afford to have a bad qualifying and having technical issues in one of the races means you are out of the points or in a bad starting position.”

“To be honest I think for qualifying it doesn’t change anything regardless of how the reverse grids are going to work, you are still going to want to be on pole position.”

“I think if you do qualify up the front, especially on pole, keeping out of trouble for Race 1 and then get the reverse pole for Race 2, so you have two races starting up the front, is going to be massively important, I think it still works to the advantage of people that can qualify well. I think it should be pretty exciting.”

In contrast, Christian Lundgaard, says the new format will feel weird but is hopeful that it can bring the midfield closer to the fight for the points-paying positions.

“I think it’s going to be a weird weekend doing practice, doing qualifying, and then basically start the opposite if you are in the top 10, it opens up opportunities for the midfield teams to get in and have a chance of winning, but it also shows if a driver is consistent, which is what I have been missing in the previous years.”

“If you are in the top three, top five every race you will be able to score good points and you will come out in a decent position towards the end of the season.”

Formula 2’s new format will be given its maiden outing in Bahrain for the first race weekend of the season, on the weekend of March 26th-28th. 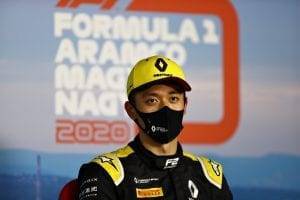