With one round completed of the 2021 Formula 2 season, the title fight looks hotly contested headed into the Monaco round – a circuit many of the class of ’21 haven’t raced on. Heading into the weekend, here are some interesting facts and stats about the racing on the Monte Carlo streets.

4 – The number of drivers who’ve completed Formula 2 races at the circuit in the past. Guanyu Zhou & Ralph Boschung both competed in the 2019 races, whilst Roy Nissany’s most recent F2 outing in Monaco was 2018. Jack Aitken, who returns to F2 this weekend, raced in both 2018 and 2019. 7 more of the drivers have competed in Monaco races before, though not in Formula 2 cars.

2 – The number of Monegasque gp2/f2 race winners on home soil – Stefano Coletti in 2013, and Stéphane Richelmi the following year!

15 – The lowest grid slot for a Monaco race winner, achieved when Artem Markelov took his 2016 victory

2.26 – The average grid slot for a Monaco race winner (including Markelov’s 15th place in the average!)

52% – The percentage of wins that have come from pole position, with a further 19% of victories coming from p2 on the grid

81.554s – The time taken to set the fastest GP2/F2 race lap on the current Monaco configuration, set by Nobuharu Matsushita in 2016

3.336km – The length of one lap of the current Circuit de Monaco

100 – The total number of laps across all 3 races for 2021 – 30 in both the Friday morning and Saturday morning sprint races, and 40 in the Saturday afternoon feature race

19 – The race number of the most recent Monaco F2 winner: The late, great Anthoine Hubert.

Do you think Guanyu Zhou will hold on to his Championship lead over Liam Lawson? Who’s names will we be adding to the list of Monaco winners? 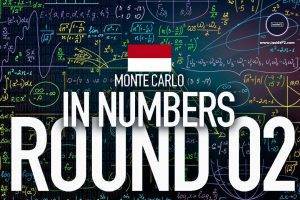