FIA Formula 2 CEO, Bruno Michel, explains the proposed 2022 format, following the announcement there is to be a ‘pyramid’ of Formula 1, Formula 2 and Formula 3 race weekends next season.

Currently, Formula 2 is presented over eight rounds, with three races per weekend. The proposed format reverts back to 12 rounds, with two races, over two days, to make room for both Formula 2 and Formula 3:

“Having them all together [next season] doesn’t allow for three races, so we’ll go to two races per weekend, but slightly changed from what we’ve had in the past.”

“We will keep the Feature Race on the Sunday. I think it’s important to have this before the Formula 1. It’s been working quite well this season.

“It’s normal that for the Feature Race, which is the race with the pit stop and the two tyre compounds, is also held on the Sunday.

“We will keep Free Practice and Qualifying on Friday. Race 1 on Saturday will be a reverse-grid from Friday’s Qualifying, and Sunday’s Feature Race will be Friday’s order of Qualifying.”

This season has seen a little confusion for not only fans of the sport, but some drivers.

“The format on the track was not too easy to understand, so we want to simplify that as well for all concerned.

“No situation is always completely perfect. It’s a question of communication about how and why we’re going to do that, and then to make sure the fans understand things clearly.”

And, so that everyone concerned is clear on the new proceedings, Michel offered reassurance, “It will be much easier to understand, and we will be extremely clear in the communication.”

Regarding Formula 2 and Formula 3 racing at the exact same locations to shape the proposed ‘pyramid’:

Could the sport see another change in 2023 if the latest proposal doesn’t tick the right boxes?

Formula Scout’s, Craig Woollard asked if there was any intention to change the Formula 2 format again in the short to medium-term future, Michel answered:

“We’re always open to improve the categories. We’re not planning to do a change every year. The first format for F2/GP2 lasted for 15 years and we hope we can plan something like this.” 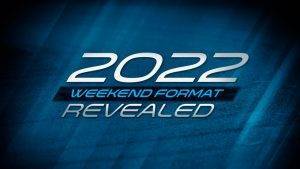