“For sure, I just read actually, after the quali of Formula Two. It’s amazing news!” Said Rosin, “We are happy for him, having the chance to show everybody his potential in Formula One with an important team as McLaren, is something incredible. I’m really happy for him and I’m looking forward to see some good results.”

Piastri has spent a full season out of racing, sitting on the sidelines in the Alpine garage, because a F1 seat wasn’t readily available, despite securing the 2021 Formula 2 Drivers’ Championship title. René and Angelina explained how the year has helped to prepare the Australian for an illustrious Formula 1 career.

“He has always worked,” René said. “He was always before… he will start working with McLaren and fully can concentrate on his job and I think he has prepared himself in the best way possible, and I’m looking forward to seeing him again soon on track.”

“Yes, F1 is difficult,” Angelina stated, “It’s twenty of the best drivers in the world, [and] it’s also all about timing.

“We’re all working in the junior categories and we see a lot of talented young drivers going up the ranks; So when somebody like Oscar stands out, even if it takes a little bit longer, it eventually works out.”

Norris is a great ambassador for the sport, and exudes positivity and fun. He has a magnetic personality, and could potentially bring out the best in Piastri.

After seeing what the former Carlin driver achieved in the 2018 F2 Championship, coming a close second to winner, George Russell, the McLaren partnership will be an interesting one. Lando’s stint in F2 was relatively recent, and the way in which he has settled into the McLaren team, making it his own, will no doubt benefit Piastri, as the two work together as a team.

“It’s something very good,” René said, “On the other hand as a team mate, having both Lando and Oscar is a fantastic [combination]. It will be really challenging and good to see. They will both work well together, and make sure everybody can get out the maximum potential.

“Of course for Oscar, it will be be a learning season at the beginning because it’s the first time in Formula One for him, but I’m pretty confident that he will show up a very good performance.”

“We have never worked with Lando. He has always been a fierce opponent. It’s pretty clear that they’re two very talented drivers there.

“We’re all very happy for him [Oscar], I mean he’s an exceptional driver and talent, and he deserves all the best, so it’s fantastic news.”

With a final message for Oscar, Angelina said:

“We’ll all be cheering for him and rooting for him, that’s for sure.” 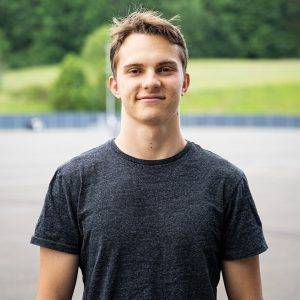