Optimism despite “hard day” for PREMA

Optimism despite “hard day” for PREMA

Friday’s running at the Paul Ricard Circuit for Round 9 of the 2022 FIA Formula 2 Championship was “a hard day” according to PREMA Racing’s Dennis Hauger.

Norwegian driver Hauger, who stopped with a mechanical issue seven minutes remaining of qualifying, said: “We had an issue at the beginning of the second run, but with the first set (of tyres) we were not there.”

PREMA’s day started badly as both cars stopped on track in the morning practice session, Hauger pulling off on the pit-straight and Daruvala halted on the grid after the session when the drivers were practising their starts.

However, both drivers remained optimistic about Saturday’s Sprint Race.

“I think we have a strong race-car, starting first tomorrow (Saturday), hopefully we can win and start the fight to the front,” Daruvala said.

Hauger, 19, was sure of opportunities in the two races this weekend: “Definitely there will be opportunities for the races. I had a lot of fights here last year (in Formula 3) and it’s just about making the best of it.”

2022 has been an up and down season in F2 for the defending teams’ champions, with Hauger scooping the teams’ pair of victories, while Daruvala’s decent results have him fourth in the drivers’ standings.

PREMA are sat fourth in the teams’ championship with 147-points, 30 points ahead of new leaders Carlin, after Logan Sargeant took pole position and two bonus points that are awarded with it.

Sargeant will start Sunday’s Feature Race, which begins at 09:35 CEST, from pole position, while Saturday’s Sprint Race gets underway at 18:00 CEST, with PREMA’s Daruvala chasing his first F2 win of 2022. 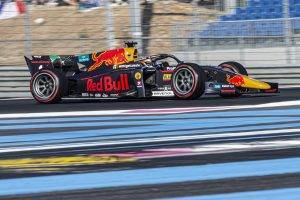