Melbourne born 19-year-old, Oscar Piastri is yet to properly celebrate his win in the Formula 3 championship as he remains laser focused on the challenges ahead.

It seems like a fair amount of time since he won the FIA Formula 3 title, however, Piastri looks back fondly on his achievements with all eyes on the future.

“It was pretty unimaginable to be honest,” Piastri told Wide World of Sports about how he felt the season went.

“The year definitely exceeded expectations on a lot of fronts, I definitely wasn’t expecting to be jumping in an F1 car this year.

“Even the F3 championship, I was optimistic I could make it happen, but actually doing it is a whole different story.

Now though he focuses on the step up to Formula 2 on his #RoadtoF1. He is set to take the seat vacated by newly crowned champion Mick Schumacher and join 2020’s dominant team Prema.

It gives Piastri a decent shot at winning a championship for a third consecutive year, after his Formula Renault Eurocup win in 2019 and Formula 3 in 2020.

“I’m trying to keep the same mentality as I did this year,” he explained.

“I’ll go in thinking I can win, but the first year in F2 is a step up, the field is going to be extremely competitive, and there’s a lot of things in F2 that I haven’t done before.

“We’ll go to new tracks, different formats, pit stops, there’s some things to learn that will be new for me.

“A lot of teams have different strengths in different areas, and there’s a whole lot of things to consider. Some teams are good in qualifying but not the race. The grid as a whole is quite even. In F3 if you had a solid car in qualifying you could be pretty sure the race would be good as well.

“I don’t have any specific goals, because it won’t be easy.”

Piastri’s reward for his achievements was an F1 debut, in a test session for Renault in Bahrain in October. He talked openly about the differences between the cars he has driven and the flagship F1 machinery.

“I’ve spoken to a few people who have driven an F1 car, and we all say the same thing, it’s the braking that stands out the most,” Piastri explained.

“Bahrain probably amplified that as well, because there’s not a lot of high speed corners, but there’s a lot of braking zones.

“Even the straight line acceleration, there’s not a lot there. It’s the braking that makes the most difference.

We can not wait to see Oscar and the rest of the field get on track in the coming months! 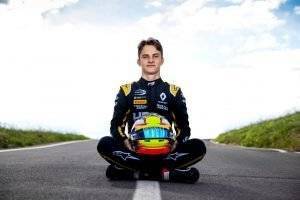