FIA Formula 2 returnss this week to the streets of Monte Carlo. ART Grand Prix driver Théo Pourchaire says Monaco is “the best weekend in the world.”

The 18-year-old Frenchman, who won the F2 Feature Race in 2021 from pole position, described driving the famous streets in a Formula 2 car as “very, very special.”

Sauber Junior driver Pourchaire, will be hoping to repeat his success of last year, where he won the Feature Race, after earning pole position by more than four tenths of a second.

Speaking of his victory last year, the teenager said: “Tyre management is not so complicated at Monaco, it’s mental management. When you have to do 42 laps in the Feature Race, it’s difficult physically, and also the stress is quite high.

“For me, last year was difficult to manage that because I was leading the race with the pressure from the other guys behind.”

Grabbing pole position in Monaco has historically been considered the key to a strong weekend in the Principality, as overtaking on the narrow streets is regarded as very difficult to achieve.

Pourchaire, however, says you need to be “really brave and disconnect your brain.”

The winner of four Formula 2 races is hoping to overtake someone this year, “maybe in La Rascasse, or maybe it’s possible on the exit of the Tunnel.”

Overtaking, while not impossible in Monaco, is fraught with risk, as exampled by the 2019 Feature Race, where a collision between Mick Schumacher and Tatiana Calderón brought out the red flags on Lap 20.

Pourchaire, who grew up in Grasse, just a one-hour drive from Monaco, enters the fifth round of the season second in the Driver Championship, 26-points adrift of MP Motorsport’s Felipe Drugovich.

The ART team itself is also second in the Team Championship, following Frederick Vesti’s maiden F2 podium in Spain in the previous round. 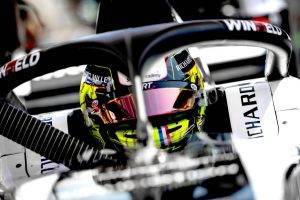