Italian racing team Prema is based in between Verona and Venice in Northern Italy and for those who may be unfamiliar with the team, it was founded in 1984 and has strong ties with both Mercedes and Ferarri with a series of drivers on their junior programmes coming through their programme.

Over the years they have had some really impressive names such as Robert Kubica, Kamui Kobayashi, Valtteri Bottas, and in the early days, they had the aspiring World Champion Jaceques Villeneuve in a race seat.

The PremaÂ team have an impressive pedigree in junior racing with countless championships over the past decade in both team and driver standings.

They have won the FIA Formula 3 Championship (in its past and present format) every year from 2013 until 2019 with 6 drivers champions in that time two of which, Estaban Ocon and lance stroll both also in formula 1.

In 2019 for the new reformatted F3 series again they dominated with driver champion Robert Shwartzman and second-placed teammate Marcus Armstrong winning an impressive 6 wins between them.

In Formula 2 they also proved over the last four years to be a strong team although have not quite had the same domination. Current f1 drivers Pierre Gasly and Antonio Giovinazzzi finished 1st and 2nd in 2016’s gp2 and the team winning the Championship.

In 2017 they came second in the team standings in2017 and guiding eventual driver champion Charles Leclerc to the title. The past two seasons they have finished 5th and 9th respectively with Nyck de Vries finishing 4th in 2018 as the highlight with 3 race wins that season.

2019 was considered a tough season for the team with a pairing of Mick Schumacher and Sean Gelael, which only amounted to one race win and reliability issues which resulted in ten DNF’s.

So when the Formula 3 World Champion started his rookie year in Formula 2 the fans and press alike all watched and waited to see if he could use Formula 2 as his springboard into what seems like a destined Formula 1 seat.

If you look at the facts you could say that the season was a bit of a flop, With one race win and a series of DNF’s the numbers donâ€™t seem to lie. Or do they?

No is the correct answer, The numbers donâ€™t lie but there are several considerations with regards him and his team. The F2 Championship is a one-make spec series but despite that not all the teams are equal, there are still teams that have more experience, bigger budgets for technical equipment, engineering and personnel.

And teams like DAMS and ART are seen as the front runners while teams like Prema who are not quite as experienced donâ€™t quite have the dominance they have in the lower championships. Prema themselves have done well in the GPS / F2 championship previously but since the latest Spec Dellara cars launched they haven’t quite adapted to the new car.

What we need to consider is that last season a rookie finishing mid-table in a fairly competitive championship was a good result! Mick has shown his abilities and prove himself a great racer.

The Formula 3 Champion from the prior year also had to learn the difference between the cars and tyres. Last year it was clear a couple of experienced drivers would make a title charge and thats how it panned out. So 2020 despite a delay will be Mick’s second year and ith new fresh faces coming through from F3 he can now consider himself experienced.

So far Mick has seemed to take a couple of years to progress through each championship and as you can read in our post “Speed or Surname”, he will look to make his mark this season.

If some of those DNF’s ended up in the points would have been looking at a much higher first season overall in the driver’s championship and we would all be expecting him to be a challenger this season. So let’s see what 2020 brings for Schumacher and if he can make the impact I’m sure he wants to given there looks likely there are a couple of open Formula 1 seats in the 2021 season.

The 20-year-old Russian driver was crowned the FIA Formula 3 Championship in 2019 with 3 race wins and 10 podiums ahead of fellow F3 graduate’s and FDA drivers Marcus Armstrong and Jehan Daruvala.

For Prema after a difficult season, they will be pairing up the last two F3 Champions to what they hope will be a much more consistent season, especially with reliability.

Shwartzman will be in his third year with the team and that stability will hopefully help his transition to the championship as he aims to replicate what Mick couldnâ€™t last year and try and achieve a back to back championship wins like current F1 drivers Charles Leclerc and George Russell.

Shwartzman mentioned just after his Championship win that “I have liked to work with PREMA Racing. They are talented guys. I have a good relationship with them” and “Iâ€™ll do my best like this year, to try and be in the same position next year.”

Many people expect Shwartzman to have a strong season and show his ability in 2020, but making the move from F3 to F2 and then up again maybe a bit of a long shot for him. However, if Prema can give him the consistency with a strong car he did show that he can race wheel to wheel and handle the pressure of a title push.

We will have to wait and see how both drivers get on, do you think Mick can push for the title this season? Can Robert go back to back? Let us know on Twitter @F2inside 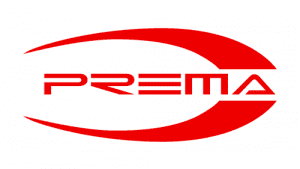