The announcement has been long anticipated since rumours of his departure from Racing Point started flying around the paddock earlier in the season.

Much speculation and uncertainty about his future was prompted once confirmation of his replacement at the team was announced in September, as Ferrari’s, Sebastian Vettel.

The news came as a surprise to some because the Mexican driver has enjoyed a relatively stable career, staying with the Force India/Racing Point team for seven out of his 10 seasons.

Taking just four years to get from Formula 3 to Formula 1, Perez showed his potential from the start. Winning the British Formula 3 Championship on his first attempt in 2007, he went into GP2 like a man with a very clear ambition.

Featuring in our Graduate series, Checo’s Formula 2 career highlighted what a talented and capable driver he is.

I recently asked him about the opportunity he got through Arden to initially move into GP2, he said:

“It was good: a nice feeling because you’re thinking that is just one step between you and your dream of becoming a F1 driver.”

His second Formula 2 season saw him narrowly miss out on the Championship win, finishing second to Pastor Maldonado.

The final race of that season saw the Mexican qualify in third. He won the Feature Race by an epic 21 seconds.

Progression to Formula 1 was inevitable.

Classifying in seventh place for two consecutive years in 2016 and 2017, Checo’s highest Formula 1 finish in the Drivers’ Championship was this season, where he finished fourth.

This feat is even more impressive if you consider that he missed both races at Silverstone, because of contracting Covid_19, and he suffered a retirement during the final race of the season in Abu Dhabi.

Checo’s consistent top seven finishes across nine races this season has meant he secured ‘best of the rest’ by a close margin –  just six points ahead of former Red Bull driver, Daniel Ricciardo.

Having had the longest wait in Formula 1 history for his first win, Pérez deservedly took the spoils at the Sakhir Grand Prix earlier this month.

Following a first lap incident he fell down the order from P5 to 18th.

Lap after lap, the Mexican driver was relentless in his pursuit. His valiant efforts were beyond impressive and he was rewarded handsomely with the race win.

His drive was convincing enough for the Red Bull team and no doubt this is a contributing factor in the final decision to sign Pérez.

When given the opportunity, “The Mexican Wunderkind” is fast, and can win races by vast margins. His 2010 Formula 2 season proved that, with comfortable wins at Silverstone and Hockenheim.

Checo has maximised his Mercedes powered Racing Point car this season, and once he has his hands on the Red Bull, he will surely produce the results the team need to dominate the Constructors’ Championship once again.

Despite a false start and plenty of uncertainty, the 2020 hasn’t disappointed. It’s arguably been one of the most dramatic and memorable seasons F1 has enjoyed in a long time.

Let’s hope 2021 continues as this one finished, with Pérez taking the bull by the horns and emulating the epic battles he’s enjoyed during his racing career. 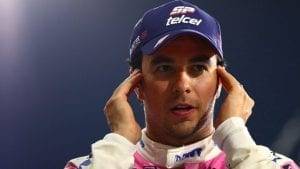