Anthoine’s Mother Nathalie was kind enough to take some time and talk about her son ahead of this weekend’s return to Belgium.

Despite all the rescheduling of this year’s Formula 2 calendar it takes us to Spa-Francorchamps exactly 12 months on from what was a truly tragic day in the world of sport.

This weekend we will all remember and celebrate the life of Anthoine Hubert.

It’s difficult accepting a sporting tragedy, saying goodbye to someone as a result of death. The emotions one must go through witnessing a family tragedy must be heartbreaking.

Less than 24 hours after a horrific accident that claimed the life of the talented Formula 2 driver, a brave family stood in front of the world to honour their son and brother. A year has now passed since that fateful day in August 2019. 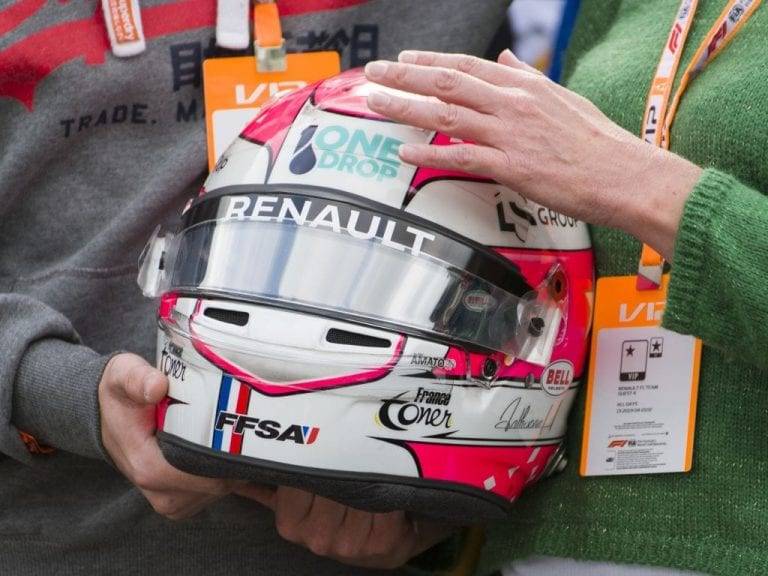 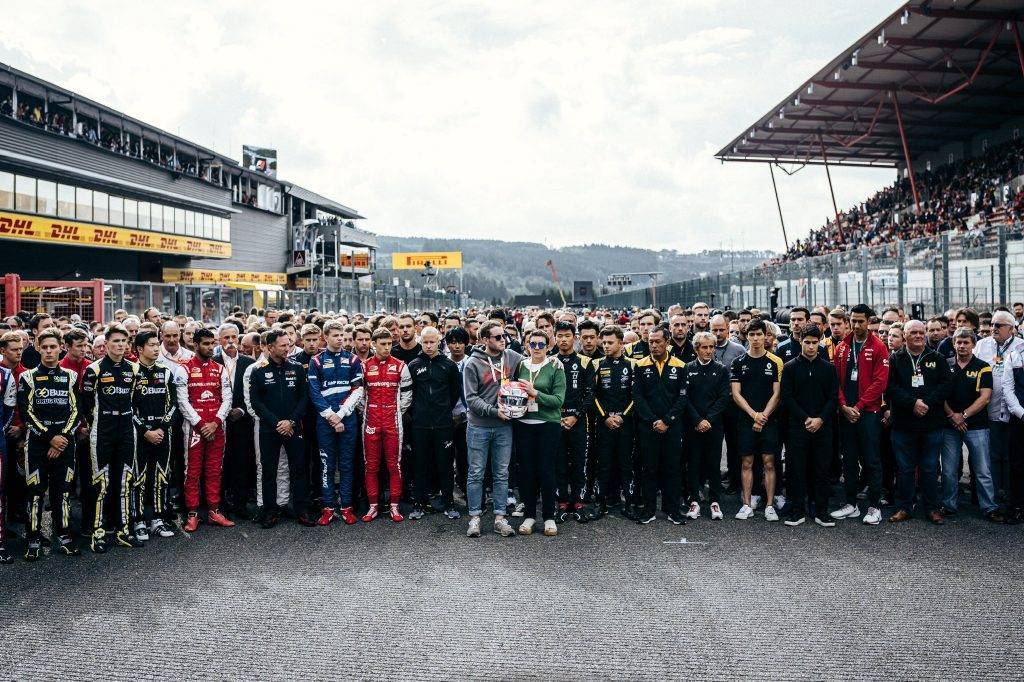 The Star That Shone Brightly

Anthoine was not only a star of the future but to many seen as a well brought up, very polite and really genuine soul.

As race fans and even in the press it is often hard to get an insight into a person’s personality. When we speak or hear back from anyone around the paddock, we heard nothing but great words about Anthoine all the way through his career.

When you mention Anthoine to people who knew him, you get a clear indication of his character through body language, fond distant looks and involuntary smiles. His memory clearly evokes pleasant memories for those fortunate enough to have met him and his sparkling personality.

Nathalie described what Anthoine was like on a day to day basis away from the paddock. She noted that he was all of the above and to her, a “Kind, clever, curious in everything and determined” young man.

Away from the race track he had humble pursuits and like many young men really enjoyed his, “School, friends, family, cinema” as well as “Other sports”.

Like many boys and girls growing up he had posters on the wall in his room and looked up to his sporting idols.

This shows the natural competitive instinct he had within him. This would prove a key attribute in his success through his age categories.

Racing was in Anthoine’s DNA for sure.

Anthoine was born on 22 September 1996 in Lyon, France. His dad was a rally driver so naturally he shared the same love for motor racing and it was inevitable that he would follow the same path.

Anthoine began racing karts competitively in 2004 when he was 8 years old. After a successful karting career he moved to single seaters and won the French Formula 4 championship at his first attempt, claiming 11 wins along the way.

Given that racing was in the family it was clear that this was something that excited him, “Yes of course.” Nathalie replied.

The path to racing seemed inevitable Nathalie remembered Anthoine’s first day driving a kart, “he was 3 and it was in his baby-kart.”

Recently the family managed to trace and recover Anthoine’s first kart using help from all over France and by using Twitter and social media. The kart was found in impressive time. Within about 24 hours of her post a huge stream of posts had alerted the keeper of the vehicle.

I asked if the one found was the correct one? “Yes it is his baby-kart that we found. Today, we have not yet found the Minikart….” Nathalie stated.

We asked if they any plans for its use or possible placement in a local museum? Nathalie, however said, “We are still thinking about what we are going to do.” 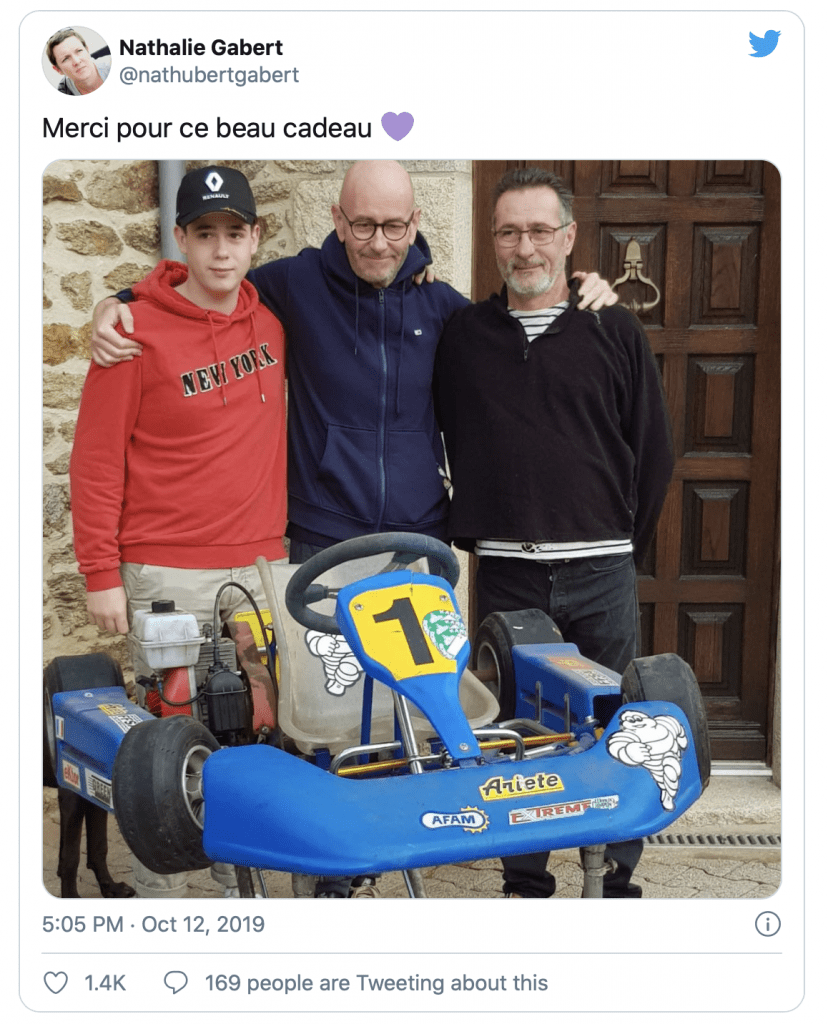 We spoke about his early competitive racing and recollections of his first races in karting.

Especially in the younger years, the parent plays an important role in a driver’s career in getting them competing. We asked Nathalie at what point she suspected the real potential that he could make a career out of motorsport? 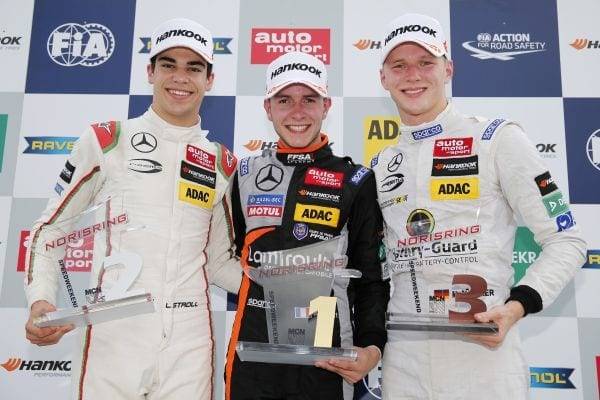 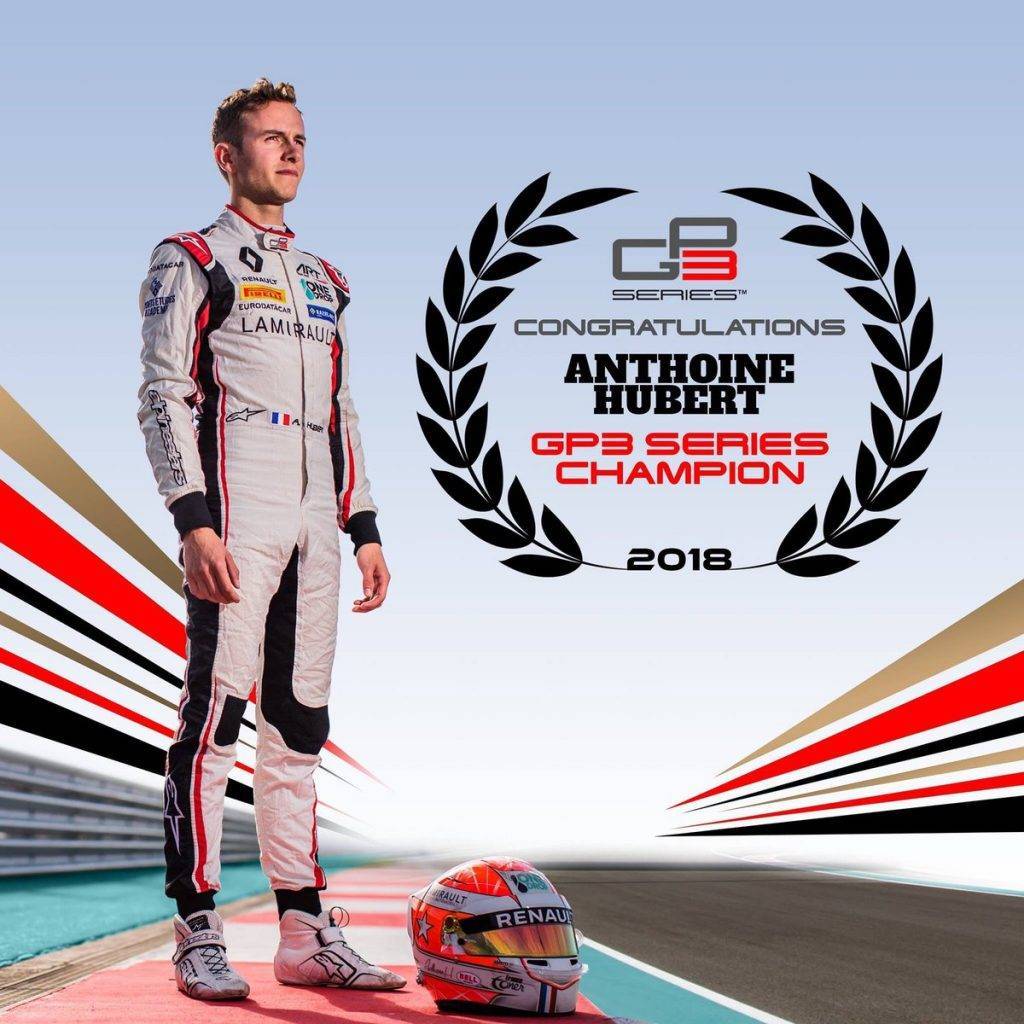 “I can’t really remember…. perhaps when he left the house for le Mans (pôle espoirs). This is the FFSA academy run by the French Motorsport Federation to train and promote young drivers to give them access to a professional career.”

He then joined the Formula Renault series for two seasons followed by the Formula 3 European championship in 2016.

In 2017 he made the step up to the GP3 series with the ART team. He remained with ART for the 2018 season where he claimed the GP3 World title with 11 podiums during the season.

2019 saw him continue his Road to F1 in the Formula 2 Championship behind the wheel of the BWT Arden with backing from the Renault Sport Academy.

It didn’t take him long to secure his maiden F2 victory at the fourth round of the championship on the streets of Monaco. This was an exciting race where he soaked up the pressure from Louis Deletraz lap after lap to hold on for the win. He climbed out the car understandably delighted.

This must have been a really proud moment for Anthoine and the Family? “Yes, he was very very happy” said Nathalie.

He backed that result up with another victory in front of his home fans at the next round hosted in Paul Ricard.

A Day of Sadness

31 August 2019 was a day when many fans were reminded of the dangers of Motorsport. I was at the Spa-Franchorchamps circuit that day. It was my first visit to the iconic circuit in Belgium and the experience of being there was something which I will never forget.

Sadly all the hype and excitement changed on Lap 2 of the Formula 2 feature race when a horrific accident tragically claimed the life of Anthoine.

Its hard to imagine that a whole year has already passed, but Anthoine has not been forgotten.

The FIA have also ensured his life will always be remembered with the introduction of the Anthoine Hubert Award. This was introduced at the end of last year for the highest placed Formula 2 rookie. It’s a wonderful gesture and a great way to keep his legacy alive.

Nathalie discussed what that meant to her and for the memory of her son, referring to his legacy she said it’s amazing, “That people remember him as one of the better drivers and that he succeeded with his intelligence and a lot of hard work.”

Drivers at each race and dedicated fan accounts on social media also continue to keep the legacy of Anthoine alive every single day.

Recently, Formula 3 driver Oscar Piastri dedicated his Spanish GP win to Hubert while many drivers have carried Anthoine Hubert decals on their cars and helmets.

Before that fateful day, Anthoine had already had the taste of an F1 car when he tested the Renault F1 earlier in 2019 and was well on his way to making that F1 dream a reality.

There is no doubt that he was gifted with talent and it is such a tragedy to lose a driver having such a bright future ahead.

I believe fans and friends will indeed remember Anthoine as an intelligent young man, a gifted racing driver and above all, a genuine and likeable person. He will continue to be missed.

Thank you to Nathalie for taking the time to share some of these personal thoughts with us especially after what you have been through. Myself, InsideF2 and all the motorsport community wish you and your family all the best for the times ahead. 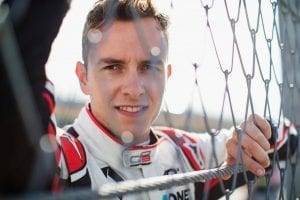