René Rosin on PREMA’s return to the podium

René Rosin on PREMA’s return to the podium

The Norwegian’s top three finish, earnt on the opening lap with a neat overtake on Hitech’s Jüri Vips, ended a run of 10 F2 races without a podium appearance for the Italian team.

Rosin told insideF2: “For sure, it’s been a positive result. It’s been a couple of weekends that we have been trying to get back on the good position we’re expecting.

“Of course, it’s only P3, but it is still a good bounce back after difficult weekends and we are looking forward for more results coming,” Rosin added.

Questioned about what has caused the sudden drop-off in form in 2022, Rosin responded: “It’s a bit of a mix of factors, but we can just work on what we are doing, continue pushing, heads down, and looking for the future.”

More had been expected of PREMA and Hauger, considering the 2021 championship success of Oscar Piastri, who this weekend was confirmed as a McLaren Racing driver for 2023.

19-year-old Hauger had won the FIA Formula 3 title in 2021, as Piastri had done in 2020, but the subsequent success in F2 has not come to light for the Norwegian and the PREMA, proving that winning F3 and F2 in consecutive seasons is still incredibly tough.

Only Piastri, George Russell, and Charles Leclerc have achieved that feat.

Despite Hauger’s podium, PREMA lost ground in their battle with Hitech for fourth in the Teams’ Standings as Marcus Armstrong won the Sprint Race on Saturday, leaving the Italian team 17-points behind the British team.

Meanwhile, in the Drivers’ Standings, Hauger is 12th with 73-points and Daruvala eighth having scored 94-points. 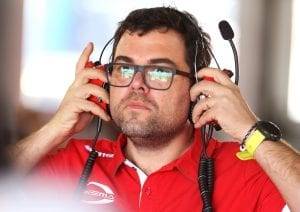