FIA Formula 2 driver, Marino Sato, has reflected on his weekend at Silverstone, and feels confident his experience could have got him and his Virtuosi car into the top finishers, had it not been for an early retirement in the Sprint Race.

Saturday saw the grid form an orderly queue behind the Safety Car, as the pack made a rolling start in wet conditions. With the Northants circuit drying out quickly, it meant the wet tyres would soon overheat and lose performance and grip. Sato put his experience into practice, and began managing his tyres, so he could work through the field in the closing stages.

“Right after starting the race I knew it was going to be tough on the tyres, and we were really taking care of the tyres.

“I think it is something that comes from experience.

“I knew that when you can make a difference was at the end… Unfortunately I wasn’t there at the end because of the issue with the engine.”

Despite his early retirement, Sato still feels positive about the car and its capability:

“If I was going to get the run to the chequered flag, maybe into Top 8 was too ambitious, but being up there at the top was definitely possible.”

His retirement on Saturday, shouldn’t necessarily reflect on Sato’s ability, or his beneficial amount of experience. This is a new team for the Japanese driver, having spent the last two seasons with Trident, and Campos for the last six races of 2019.

He participated in the latter part of the 2019 F2 season for Campos, whilst winning the 2019 Complete Euroformula Open Championship.

The Japanese driver dominated the top step, winning nine races, and bagging himself a third place and a P2 to boot.  He finished the series comfortably, 128 points clear of second placed, Liam Lawson.

His race wins came at Le Castellet, Spa, Hungary, the Red Bull Ring, and Monza… all of which are coming up on the F2 calendar.

If Sato can harmonise with the Virtuosi car, the results will no doubt come. 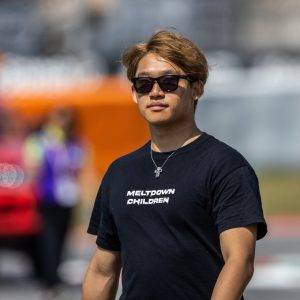