Looking ahead to the 2021 FIA Formula 2 season, Campos will hope for a better year with a fresh driver line-up with Gianluca Petecof and Ralph Boschung. 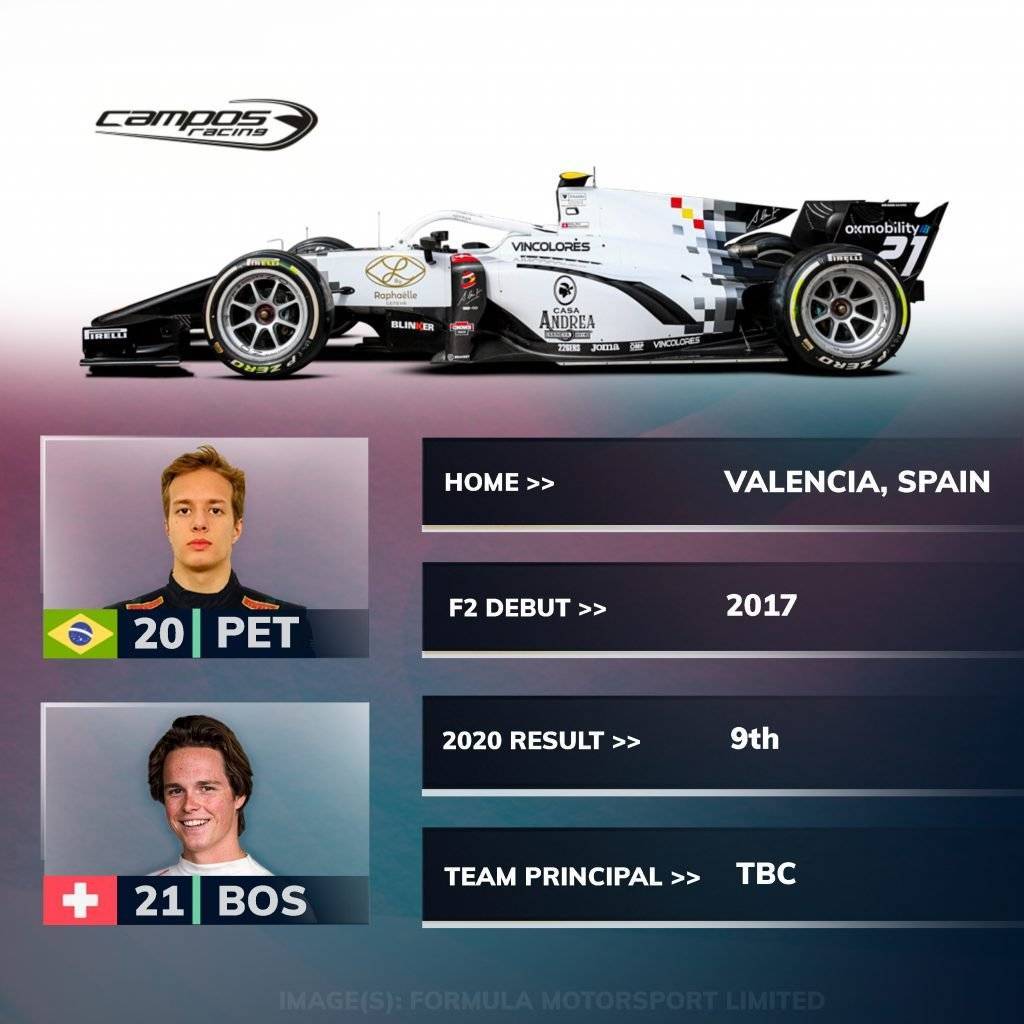 Prior form and looking ahead

Last year, Campos finished ninth in the teams’ standings with two podiums from the outgoing driver, Jack Aitken, in both Silverstone races.

2020 would have been a disappointment for the team. At many points, they didn’t seem to have the pace to challenge towards the front, and only one of their drivers scored points.

Unfortunately in 2020, it was Guilherme Samaia, who was consistently at the back of the field, his best finish being 14th in the Monza Feature Race.

Hopefully, this season can be an improvement for the Spanish team, as they return to their old livery style, in tribute to late Team Principle, Adrián Campos. Their founder sadly passed away over the winter, aged 60.

Following the announcement that Petecof would be leaving the Ferrari Driver Academy, it was announced he would be driving for Campos in 2021, despite encountering budgetary issues.

Last year, the Brazillian won the Formula Regional European Championship, securing four wins, including two at the Red Bull Ring, where he also secured the fastest lap in all three races and took pole position.

The championship was open until the very last race in Vallelunga, where his main rival, Arthur Leclerc, spun out and didn’t finish.

“Happily we took the title home, and that was crucial for anything to happen in 2021 because of the financial problems going on during the season, even when I was still leading the championship,”

Over the winter, there were questions over whether Petecof would be ready for F2, considering most of his rivals from last year are still taking part in F3.

However, he showed many times throughout last season in the FREC that he has a lot of talent and he is capable of remaining calm under pressure. For him and Campos, points finishes will more than likely be the goal, depending on the performance of the car. 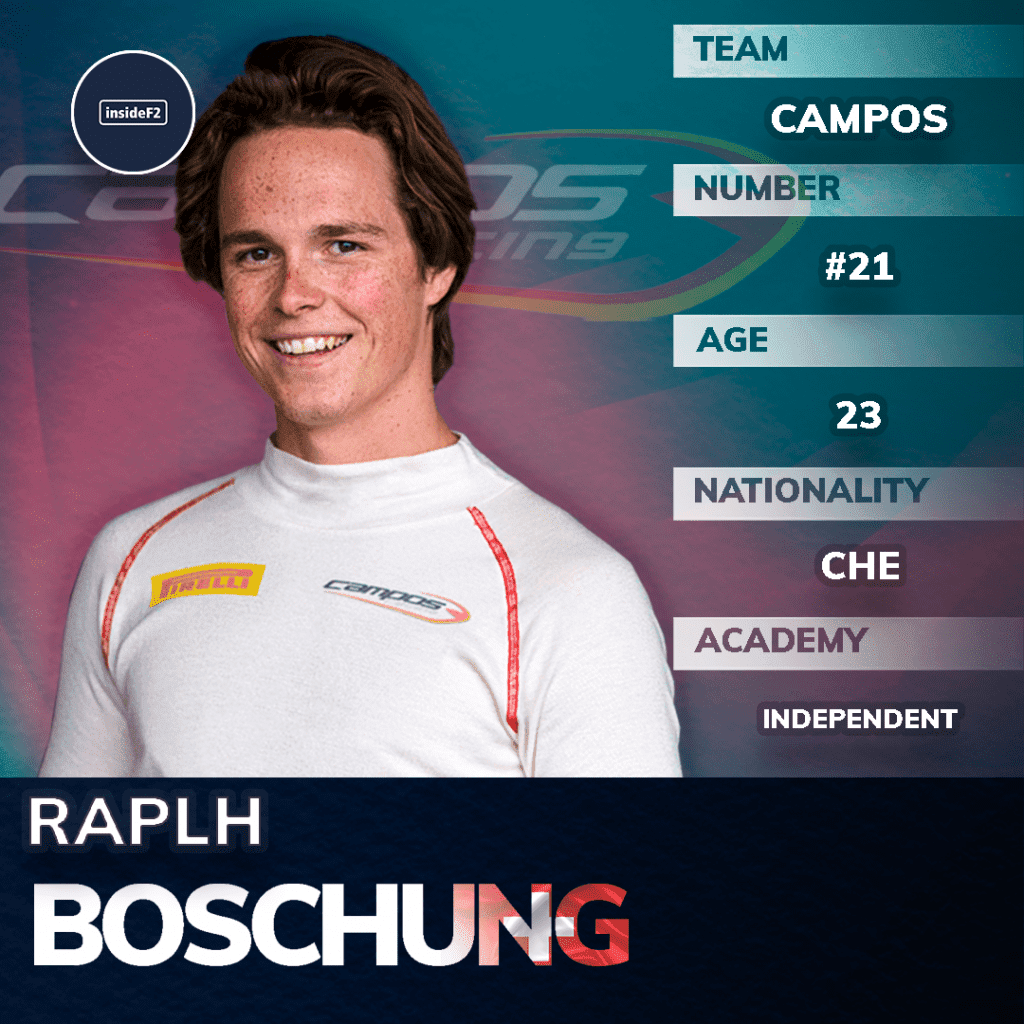 After stepping in for Jack Aitken in the last round of 2020, Boschung returns to the grid with Campos.

He took part in the final Bahrain round when Aitken was called up to Williams as a replacement for George Russell.

Boschung finished 14th in the Feature Race but retired in the Sprint Race due to a broken suspension and a rear left puncture.

“We are glad to have Ralph with us this weekend as it will give us a nice opportunity to start working together for next year.” said the late Adrián Campos afterward.

The Swiss driver last competed for Campos in the F2 during the 2017 season, featuring in 10 rounds.

In later years he swung in and out of the series but has never actually completed a full season. He will be hoping this year to be his first and secure some points.

Boschung and Campos topped the final day of testing in pre-season. 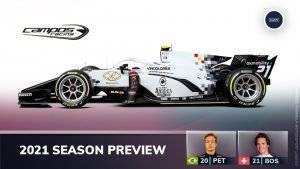