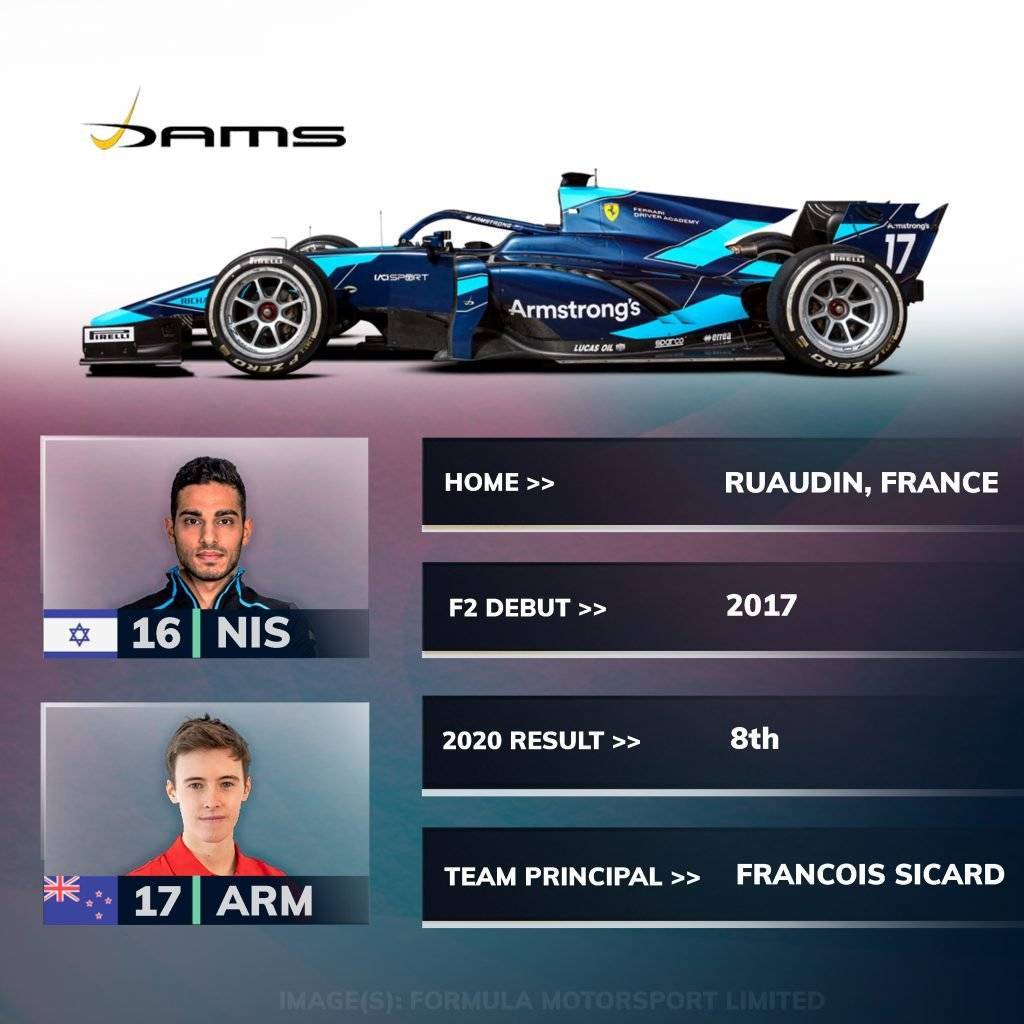 DAMS was founded in 1988 by Jean-Paul Driot and former Formula 1 driver René Arnoux. The team is based in Ruaudin, France with its headquarters located close to the Le Mans race circuit.

The French team is highly respected in the world of Motorsport and are one of the most successful teams in single-seater racing. Competing in GP2, they have won three Drivers’ titles, and two Teams’ titles. Since 2017, they have had 14 wins in Formula 2, winning the Team’s title in 2019.

If their impressive list of accolades weren’t enough to impress you their roll of honour will do just that. In their 30 years of competing in Motorsport, the team has helped 32 drivers reach F1. They flaunt an impressive record of alumni including current F1 drivers Carlos Sainz, Pierre Gasly, and Nicolas Latifi.

Speaking at the end of the 2020 season, Managing Director François Sicard described the team’s difficulties,

“This season has been pretty tough as the defending teams’ champions. It was not the year we expected and it’s been a bit of a rollercoaster with some great performances and some not as good. The challenge has been understanding the new 18-inch wheels, but also having lots of races in a row with very few breaks meant there was little time to analyse what we had done.”

The team are heading into the 2021 season looking to repeat the performance and regain the form which saw them win the 2019 Teams’ Championship. 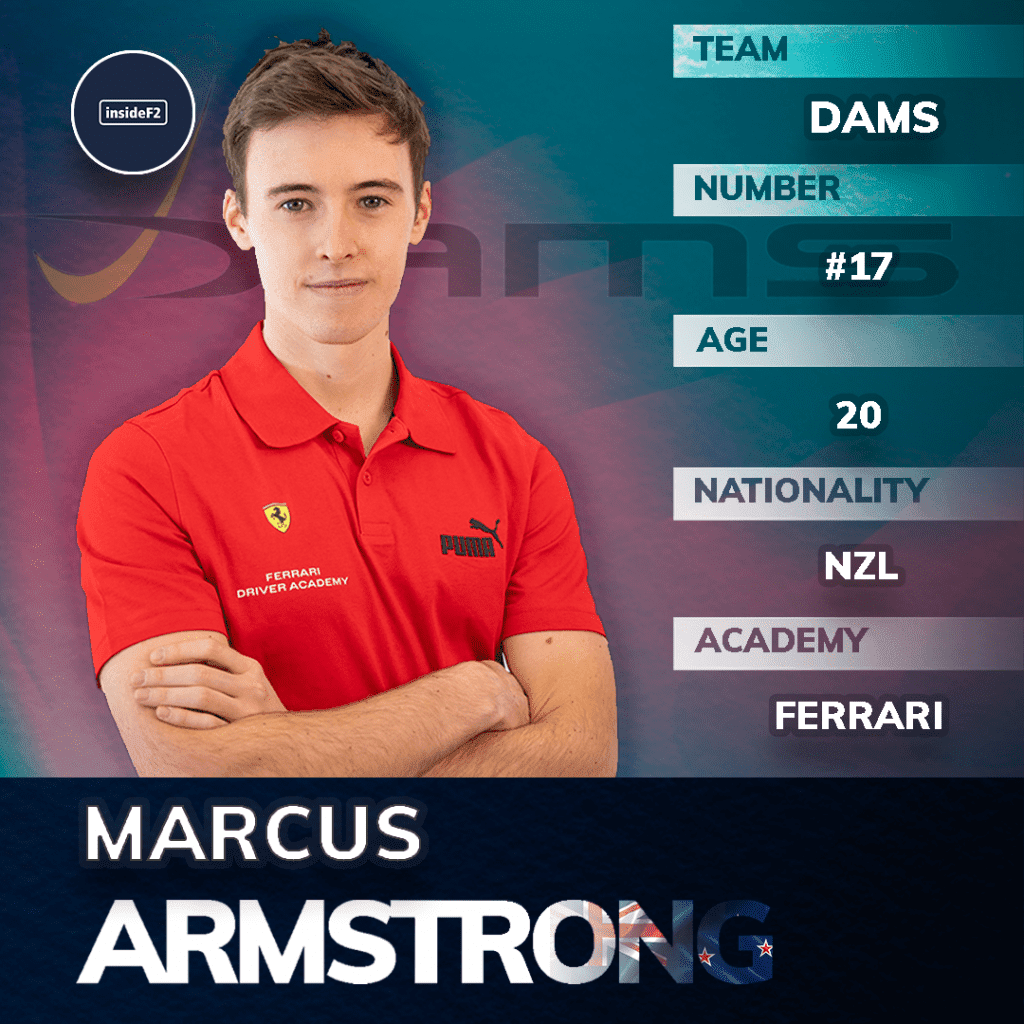 The 20-year-old hails from Christchurch, New Zealand, and is entering his second year in F2 while also being a member of the Ferrari Driver Academy.

Making his F2 debut in 2020 with ART Grand Prix, he started the season strongly, gaining podiums in the first two rounds at the Red Bull Ring in Spielberg. However, Armstrong endured a difficult campaign and subsequently finished 13th in the standings.

Armstrong joins DAMS for the 2021 season and has high hopes,

“We are aiming for the title. We’ve discussed that it’s not in my interest to finish second and they firmly agreed because they have the exact same targets. By no means is it going to be easy with such fierce competition, but I feel that when I’m in the right environment with a great team I can really do special things.”

The 20-year-old is the first member of the Ferrari Driver Academy to race for the French Team. He has drove with the team during the 2020 Post-Season Test in Bahrain in December. 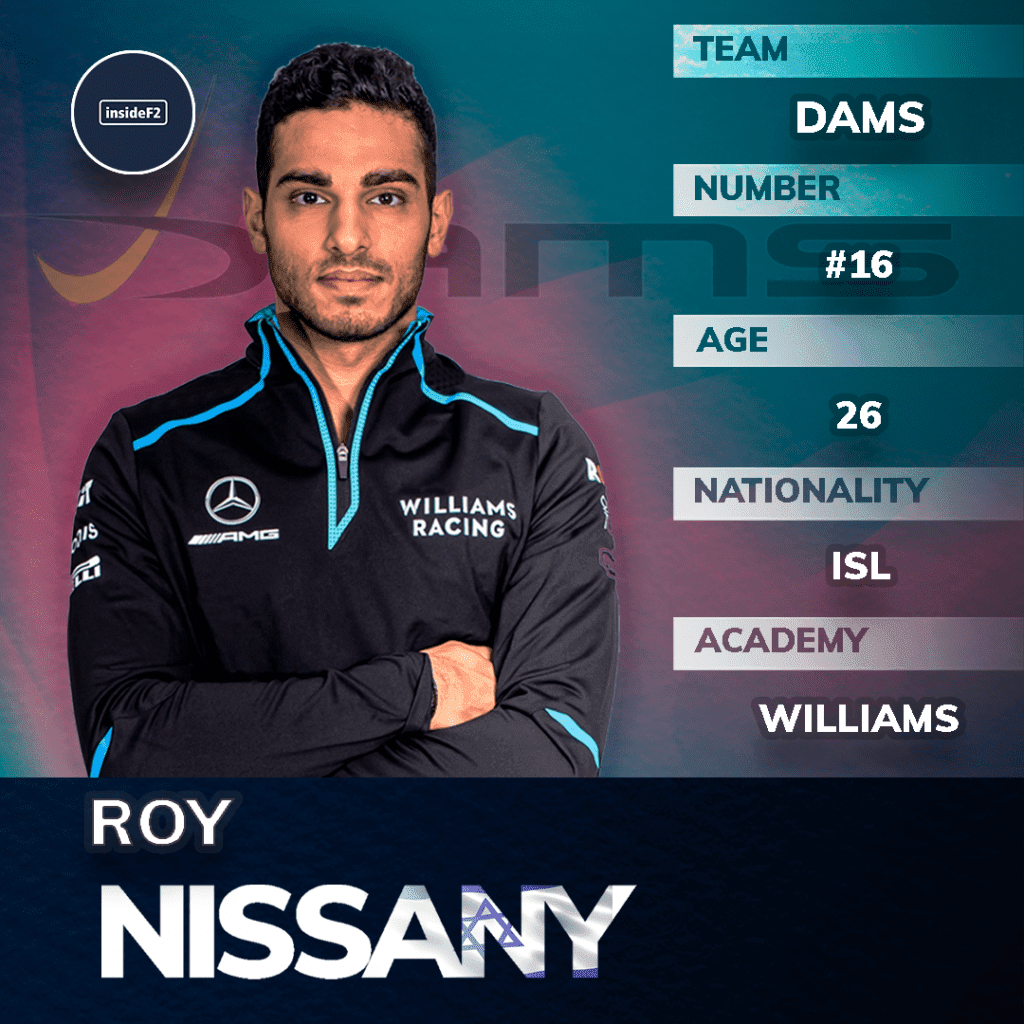 The 26 year old French-Israeli driver is entering his third year in Formula 2, which he will balance with his duties as Official Test Driver for Williams Racing.

In 2018, Nissany made his F2 debut with Campos Vexatec Racing and had two top ten finishes to claim 22nd in the Drivers’ Championship. However, a training injury in 2019 meant that he had to take a break from racing to recover.

In 2020 he returned to F2 with Trident Racing and was announced as Williams Racing Test Driver. Finishing 19th in the Drivers’ Championship, Nissany scored five of the teams’ six points throughout the season.

In addition to that, the Williams Academy Driver made three Free Practice 1 appearances during the Spanish, Italian, and Bahrain Grand Prix’s. He also took part in the Young Driver Test in Abu Dhabi at the end of the season.

Joining DAMS in 2021, Nissany spoke of his expectations for the upcoming season,

“I’m thrilled to be part of such a highly respected team as DAMS. They have an amazing history at this level and a strong reputation in Formula 2, so I’m excited to be joining…. Hopefully, we’ll be fighting at the front of the field. I believe we have a very exciting journey ahead so I’m keen to start.”

Nissany will be the first to turn the wheels of the Williams FW43B, as he will clock up its first official miles of this season on the first day of F1 Pre- Season Testing in Bahrain.

Will DAMS manage to take back the Teams’ Championship in 2021? 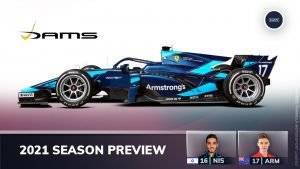