After an impressive maiden FIA Formula 2 campaign, Hitech’s Liam Lawson and Jüri Vips will be hoping to build on last season’s success and put themselves firmly in the title hunt in 2021.

With a line-up of two Red Bull juniors, their campaigns this year could have consequences across the F1 and F2 paddocks. 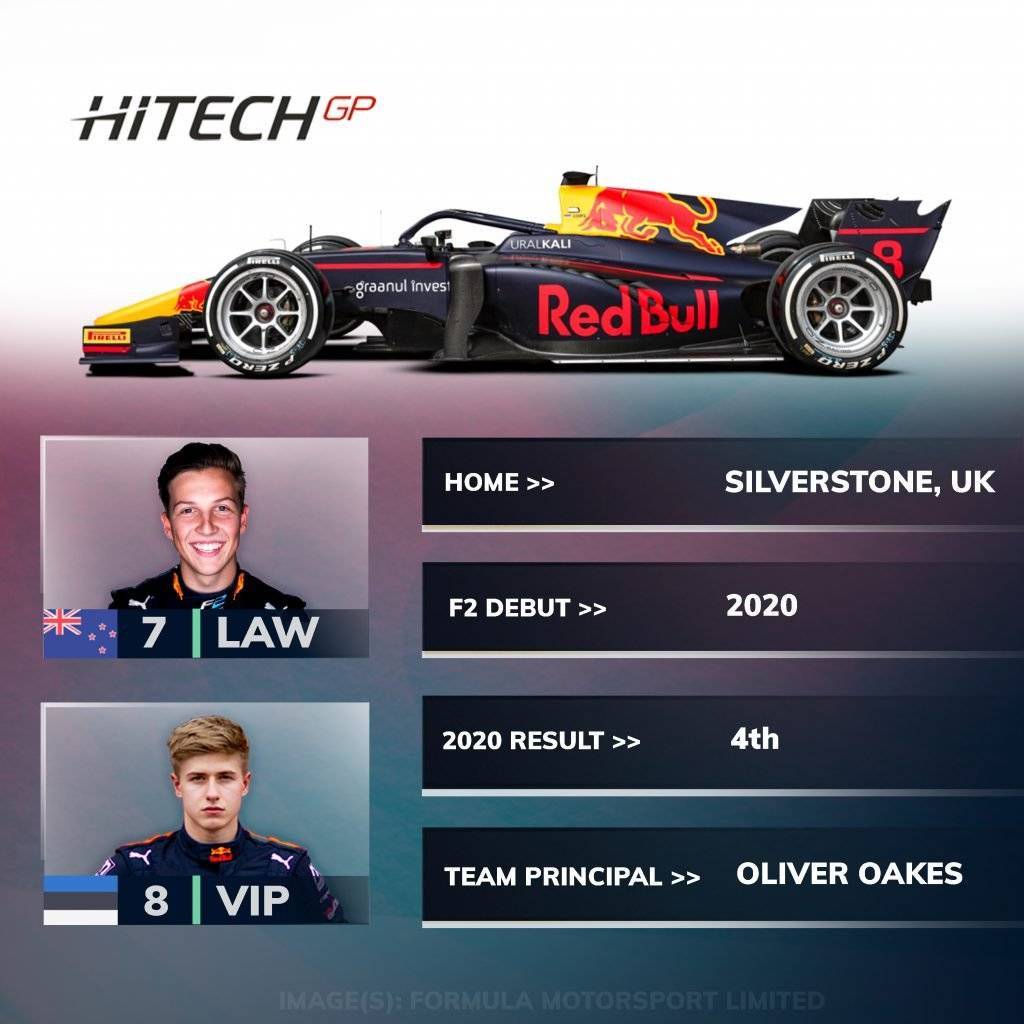 It could be second time lucky for the British-based outfit after a remarkable campaign in 2020.

Last year’s experienced line-up proved to be invaluable, finishing fourth in the teams’ championship on 270 points. Their drivers, Nikita Mazepin and Luca Ghiotto took home two Feature Race wins, one Sprint Race win and 10 podiums on their way to fifth and 10th in the drivers’ standings.

However, with Mazepin’s promotion to Haas in F1 and Ghiotto not returning after four seasons in the championship, Hitech begins 2021 with a brand-new line-up.

It is not just the driver line-up that has changed, but the livery too. Gone is the silver, black and red colour scheme, replaced by Red Bull’s dark blue, red and yellow in recognition of their new drivers – Liam Lawson and Jüri Vips.

The Kiwi and Estonian are part of the Red Bull Junior programme looking to follow Yuki Tsunoda’s example, who was promoted to AlphaTauri after just one season in Formula 2.

Given their experience across other junior categories, Hitech will be optimistic about their chances this year, especially as both drivers finished inside the top 10 on all three days of pre-season testing. 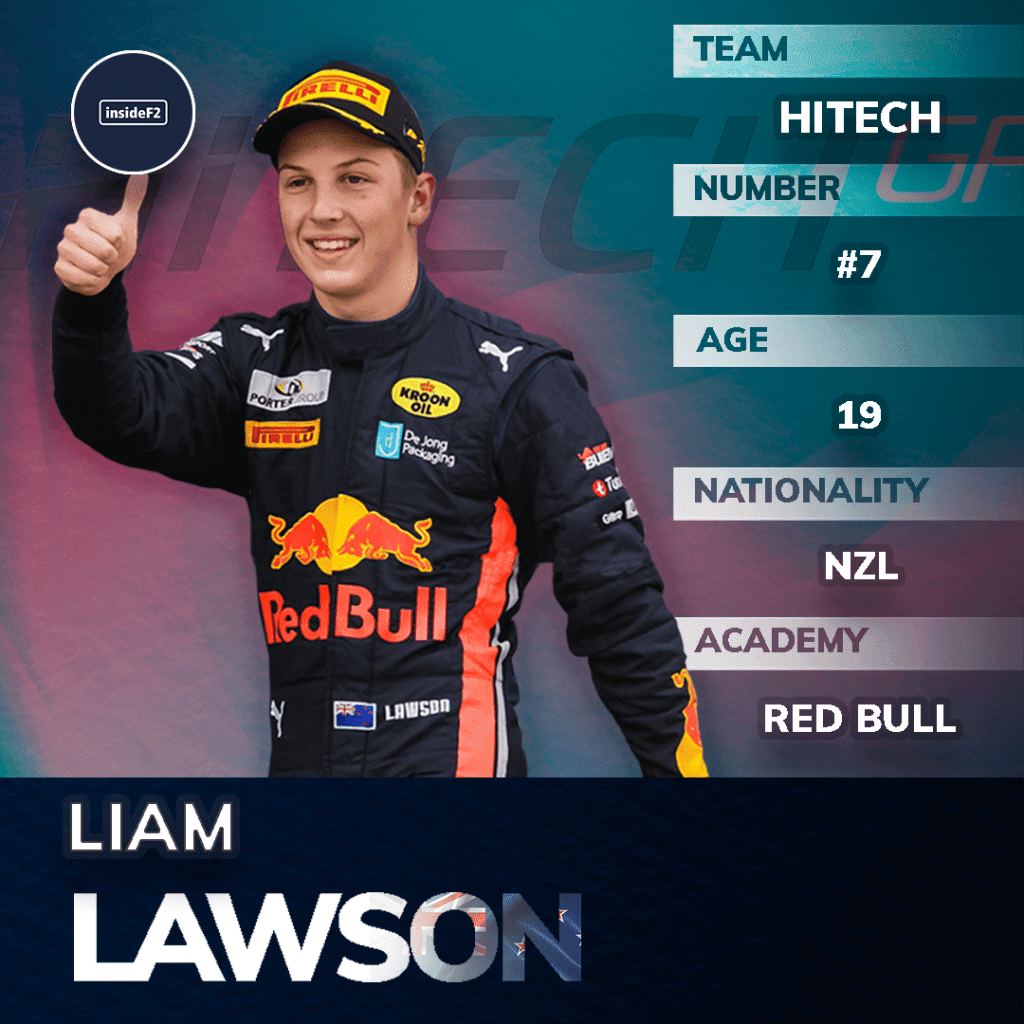 Fresh off his fifth place finish in the 2020 Formula 3 Championship, Liam Lawson will be set on making his mark in the series.

The 2021 season sees him continue with the Hitech outfit, which he brought home three victories for in F3 last year.

His second season in the series proved not to be the fairy-tale he hoped for, with three consecutive retirements in the early rounds seriously damaging his title chances.

Lawson will be looking to do the same to Vips and Carlin’s Jehan Daruvala, another member of the Austrian teams’ junior programme.

Despite the pressure of a new series, the 18-year-old driver is combining his first F2 season with a full season in DTM, alongside Red Bull reserve driver Alex Albon.

Lawson’s goal must be a top five or higher finish in the drivers’ standings and to outperform all his Red Bull stablemates.

Nevertheless, as we have seen with Mick Schumacher and Callum Ilott previously, Formula 2 is a difficult series to master and very few drivers excel on their first attempt.

He will not have an easy task on his hands, especially given that the majority of the circuits this season will be unfamiliar territory for him.

Lawson needs to muster all the strength he can to stand out in an incredibly competitive field of drivers, but considering his performances previously, he should definitely be up for the challenge. 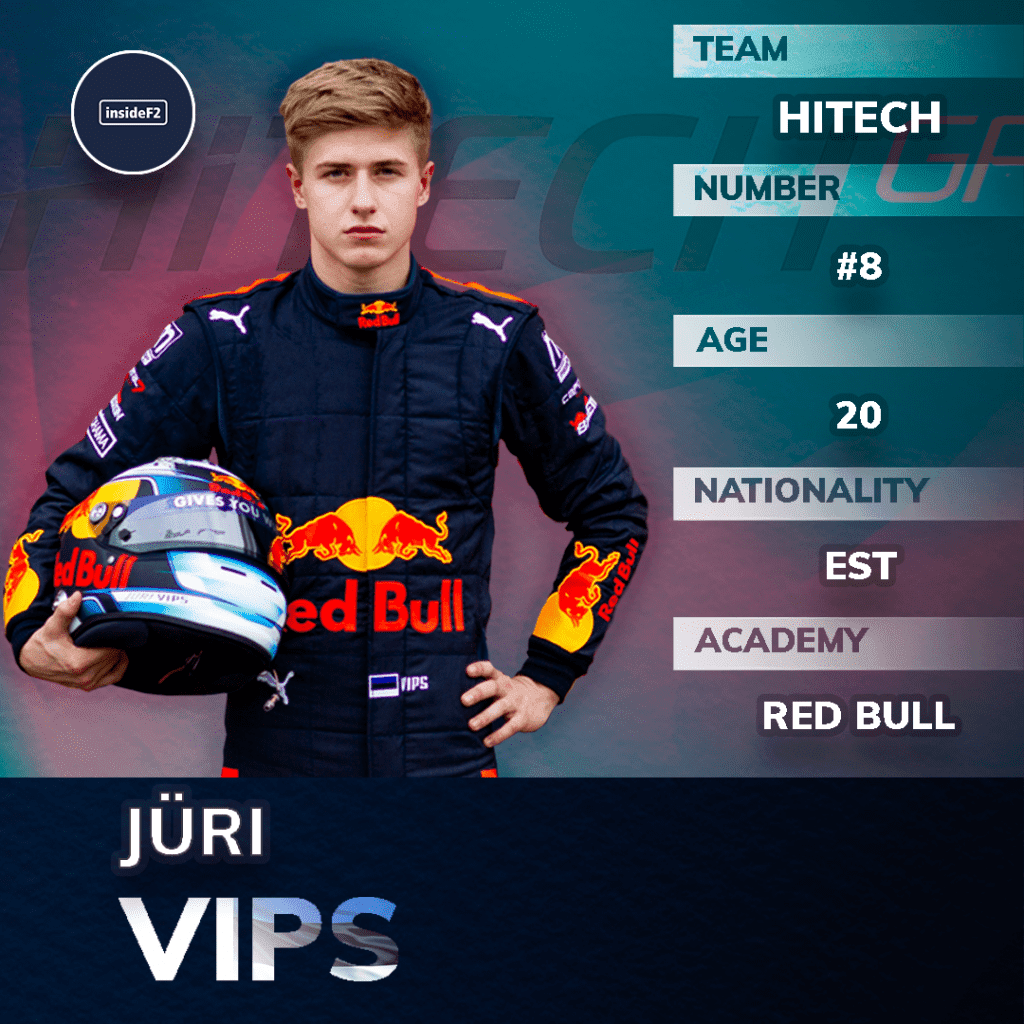 After Sean Gelael suffered a broken vertebra during the feature race in Barcelona, Vips temporarily replaced him at DAMS for four rounds.

Getting to grips with a new series at short notice provided not to be an easy task for the Estonian, who failed to score points in his first two weekends at Spa-Francorchamps and Monza.

However, his luck finally turned in Mugello, where a dramatic Sprint Race saw him take his first podium in third.

His final weekend in Russia saw him retire from the Feature Race after a three-car fight with Louis Delétraz caused a collision with the second Charouz of Pedro Piquet, who in turn collided with ART’s Christian Lundgaard.

This previous experience could give him the edge over team mate Lawson, especially given the new specification of hard tyres for this year.

Despite the switch from DAMS to Hitech, he will be another familiar face at the outfit. He finished fourth in the 2019 Formula 3 drivers’ standings and second in the 2019 Macau Grand Prix with the team.

It has been a strange two years for Vips, who many expected to be in F2 last season. Following in the footsteps of AlphaTauri’s Pierre Gasly, he was due to switch over to Japan for the 2020 Super Formula Championship.

However, restrictions meant he would be unable to take part in the series and instead joined the Formula Regional European Championship in his quest to earn a super licence.

Scheduling clashes with his Formula 2 call-up resulted in him taking part in three rounds of FREC and finishing eighth in the standings.

Yet after a private test with Red Bull and rule changes due to the pandemic, Vips earned his super licence and became eligible for an F1 seat.

With the pressure off for the moment, Vips can now fully turn his attention to challenging for the championship and taking his first title since the 2017 ADAC Formula 4 Championship.

Many expect Vips to be a title contender but could the inconsistent results that haunted him in other series prove to be his weakness this year?

2021 could prove to be Hitech’s year and with a line-up of Liam Lawson and Jüri Vips, I certainly would not count them out.

Will one of Hitech’s young bulls take the Formula 2 title and earn himself a place in F1? 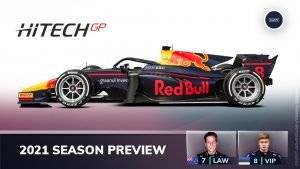