MP Motorsport had some strong results in what was a very competitive 2020 FIA Formula 2 season and will want to build on that performance this year.

MP Motorsport finished the 2020 season on 167 points and claimed 6th overall in the team standings, going one better from their 2019 campaign.

The 2020 driver lineup saw Felipe Drugovich and Nobuhara Matsushita produce some solid results for the team and claimed a pair of feature and sprint race wins between them.

Covid might have put the brakes on the initial start of the 2020 season but when it did get going, MP Motorsport hit the ground running when Felipe Drugovich performed some qualifying magic to line up 2nd on the grid for the first feature race of the championship.

The race didn’t go entirely to plan, but he made up for the disappointment when he dominated the sprint race to take the win. Drugovich claimed 3 wins during the season (1 feature and 2 sprints) to end 9th in the overall standings.

Matsushita claimed a single feature race win to end 15th overall. However, he left the team after the first nine rounds of the championship and was replaced by Guiliano Alesi. Alesi joined the team for the final 3 rounds and had the best finish of 6th at the final in Bahrain.

MP has signed up 21 year old German Lirim Zendeli for the 2021 season with 20 year old Dutch driver Richard Verschoor alongside.

Zendeli will want to prove his worth in his rookie Formula 2 season and fight for some victories along the way. Richard Verschoor was a late announcement for the seat but he was part of the pre-season testing and showed some good pace.

Verschoor has been part of the MP Motorsport team in formula 3 and should gel nicely with the Formula 2 team. Both drivers have an impressive resume of competing in feeder series categories and should push each other hard to achieve the required results in Formula 2. 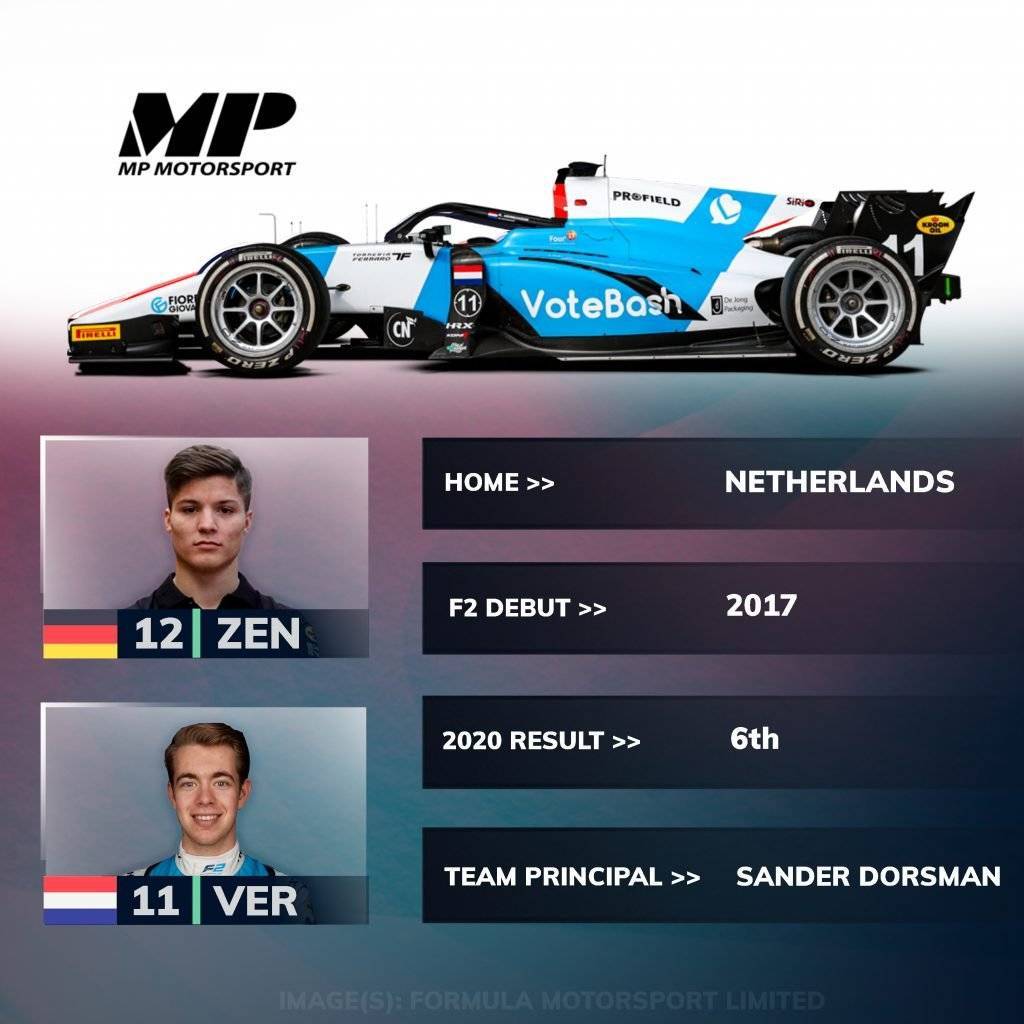 Formed in 1995, the Dutch team made their Formula 2 debut in the 2013 season. They finished 10th in their first F2 season but have been improving consistently every year.

They have consecutively improved their overall position by one for each of the past 3 seasons and in 2020 they matched their 2017 best finish of 6th overall.

The team also competes in various other single-seater championships around the world including FIA Formula 3, Formula Renault Eurocup and Spanish Formula 4. In 2019 Richard Verschoor won the Macau Grand Prix for the team in Formula 3’s biggest race. 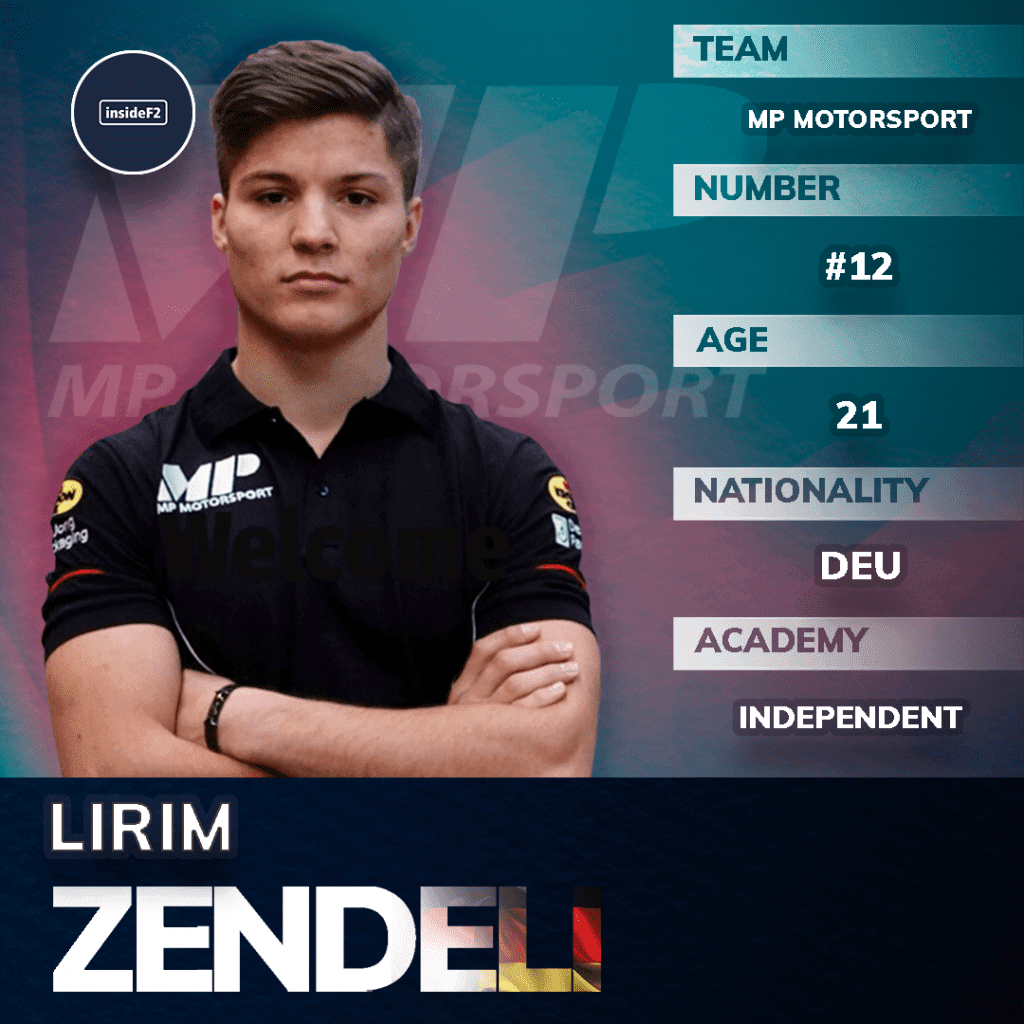 Zendeli was the 2018 ADAC Formula 4 champion and has competed in the FIA Formula 3 championship with both Charouz and Trident.

In the 2020 season he had 2 pole positions and claimed one win and two second place finishes with Trident.

He went on to finish 8th overall in the standings. He will want to use his experience to consistently score points in Formula 2 and pick up a few podiums and wins along the way. 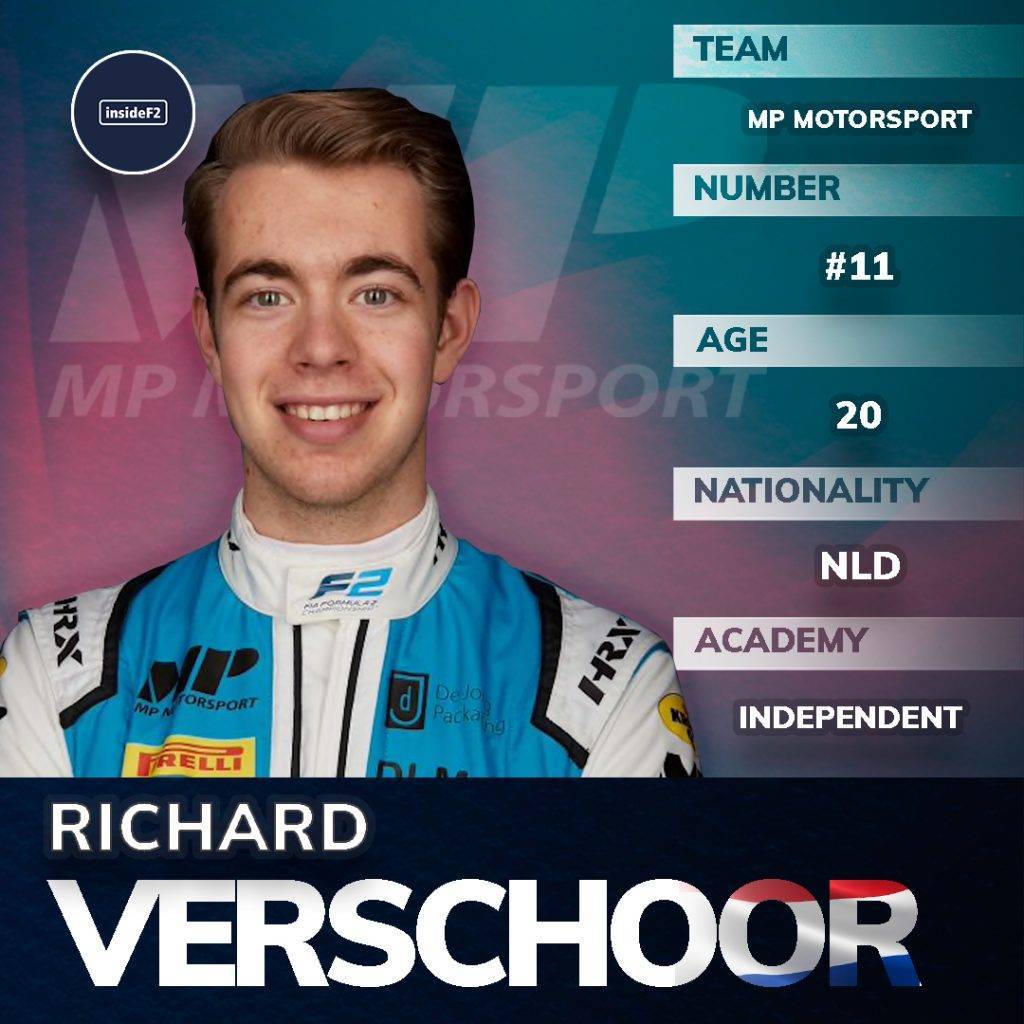 The former Redbull junior driver was the first Dutch driver to win the prestigious Macau Grand Prix at his first attempt in 2019.

Verschoor competed in the Toyota racing series and finished in the top 3 in both 2017 and 2018.

He claimed one podium finish in the 2020 FIA Formula 3 championship and will want to prove his worth in Formula 2 where he is set to compete in the first 3 rounds of the championship.

With a satisfying 2020 season, MP Motorsport will want to build on what they achieved last year.

One of the main downfalls was the inconsistent qualifying performances which often left the drivers with too much to do on race day.

When they got it right, they were very competitive and often in the mix for race wins.

The team will be hoping for more consistency in the 2021 season and if they can achieve that, could quite easily be title contenders.

How do you think MP Motorsport will fare in the 2021 F2 season? 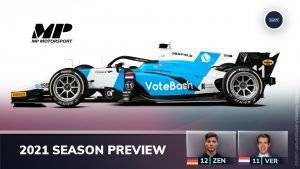