Looking ahead to the FIA Formula 2 2021 season, Prema, the reigning teams’ champions, will be hoping to continue their winning form from last year with Robert Shwartzman and Oscar Piastri. 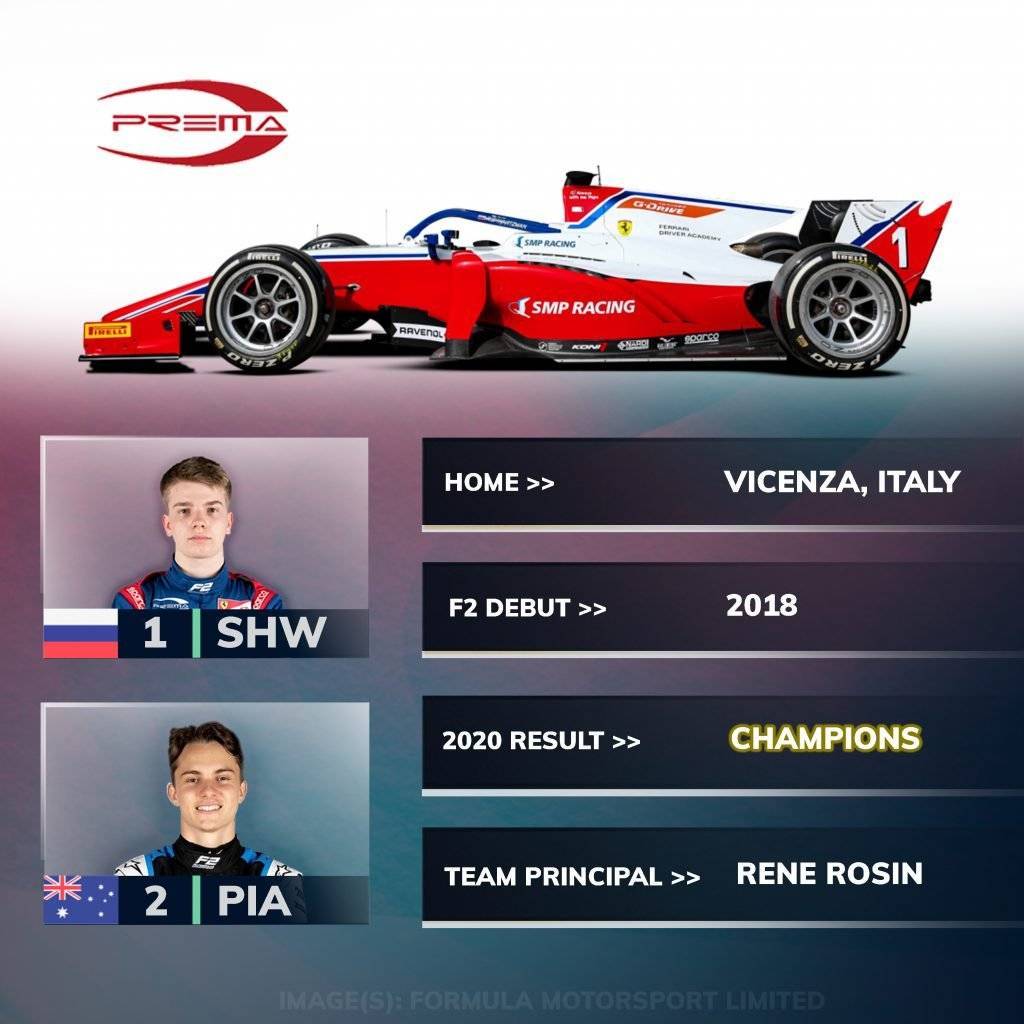 Prior Form and Hopes for This Year.

After winning both the teams’ and the drivers’ championships in 2020, it would be no surprise to see Prema fighting towards the front of the field again this year.

The last few years had been a struggle for Prema, since winning the championship with current Ferrari F1 driver, Charles Leclerc. They secured fifth in their 2018 Formula 2 campaign but only ninth in the overall 2019 standings.

Winning the teams’ and drivers’ championships with this year’s Haas F1 driver, Mick Schumacher last year was a huge improvement for the team.

Prema is a team that are used to success in F2 and also dominating in lower junior categories.

Their pace from 2020 should be a boost for them in approaching this season, especially whilst having one of the most talented line-ups on the grid.

Ferrari Driver Academy star, Shwartzman, will be staying with the Italian team for a second season. He managed to secure more wins, (four) than any driver last year and finished fourth overall in the standings.

However, his season last year featured some unlucky moments,  which prevented him from fighting for the championship in the closing stages.

He has proved in past series that he is more than capable of dominating races and that he is incredibly quick.

Hopefully for him, in 2021 he and the team can be more consistent so he can challenge for the title until the last round.

Shwartzman seemed happy with his and the teams’ efforts over the week of pre-season testing in Bahrain;

“We have less grip, and degradation is more difficult to control. ”

“I’m looking forward to the season. I will line up with a fresh head, positive energy to try to be on top right from the start.” 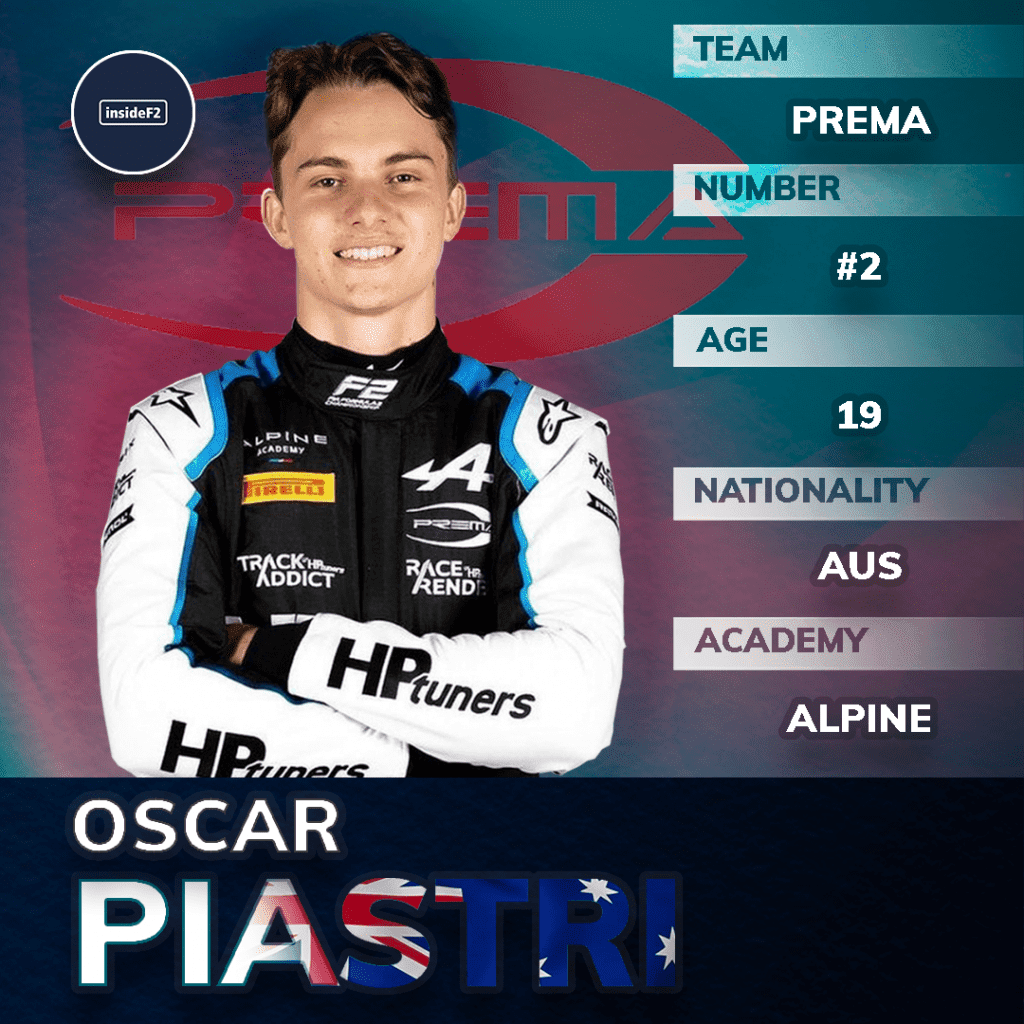 Racing alongside Shwartzman in 2021 will be Alpine Academy driver and FIA Formula 3 2020 champion, Oscar Piastri.

After winning the F3 championship with Prema last year, Piastri has been promoted up to F2 with hopes of challenging for the title.

However, qualifying for Piastri was a weakness last year in F3. Despite the lack of pole positions, he proved to be consistently quick during races. Still, more often than not, he had the ability to bring home points.

“I would like to get a pole position and a win”. He then later said he would be wanting to compete for the title in his first year.

Following pre-season testing, the Australian was happy with the laps and time in what is a new championship and car;

“Overall it was a very positive preseason test, and we learned a lot. Qualifying performance looks reasonably strong, while in terms of race pace, I’m still adapting to Formula 2 and its variables. I did my first two full feature race distances and we kept improving, so I’m excited for the opening round of the season.”

It seems Piastri hopes to reflect the seasons of Leclerc and Russell by winning F2 in their rookie season and then proceeding to F1.

PREMA will no doubt be looking to retain their championships in 2021. We are all now focused on the first race weekend in a couple of weeks time.

It will be an exciting battle between the two teammates! Let us know who you think will come out ahead this season! 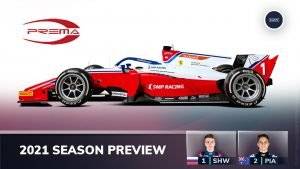