Italian based, Trident, are a Formula 2 team that have been a familiar name for some time. They were established in 2006 to compete in the newly formed GP2 series. 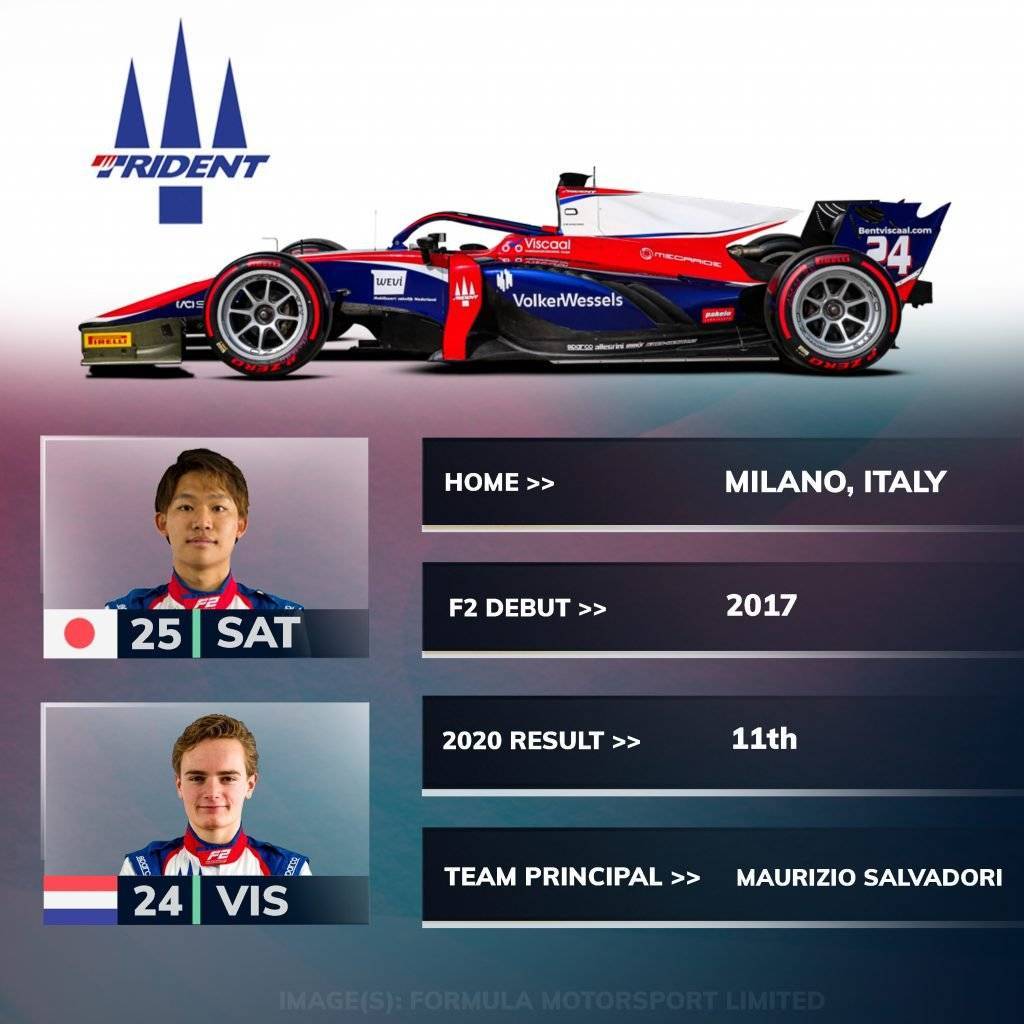 With their HQ in the Piedmont region of Italy, the team promised, “strong sporting and engineering excellence.”

Notably, 2004 Minardi Formula 1 driver, Gianmaria Bruni, signed up for their debut season. With a couple of race wins, pole positions, and fastest laps, the team finished in sixth place that year.

Since then they have gone onto house the well liked and respected, Callum Ilott, Giuliano Alesi, Ralph Boschung, and Christian Lundgaard.

Sato scraped a single point in Mugello, finishing in P8 during the Sprint Race. And, Nissany faired slightly better, with a 10th place finish in the first Sprint Race of the season at the Red Bull Ring. Followed by a P8 in the Feature Race at Spa.

Despite their 11th place, and a total of six points in the Teams’ championship, they suffered just four retirements the entire season, taking consolation that 2020 was consistent amongst the incredible difficulties COVID_19 had on their season, with the team being located in one of the worst affected regions in Italy.

In recent years, Trident have been tantalising close to the points, with many P10 finishes in Sprint Races, and p11s/12s in the Feature Races. If they can push just one or two more positions they will be in contention for vital points.

With the 2021 Formula 2 season fast approaching, Trident’s team principal, Maurizio Salvadori, will no doubt be looking for improvements as he retains Sato’s services and employs Dutch Formula 3 driver, Bent Viscaal. 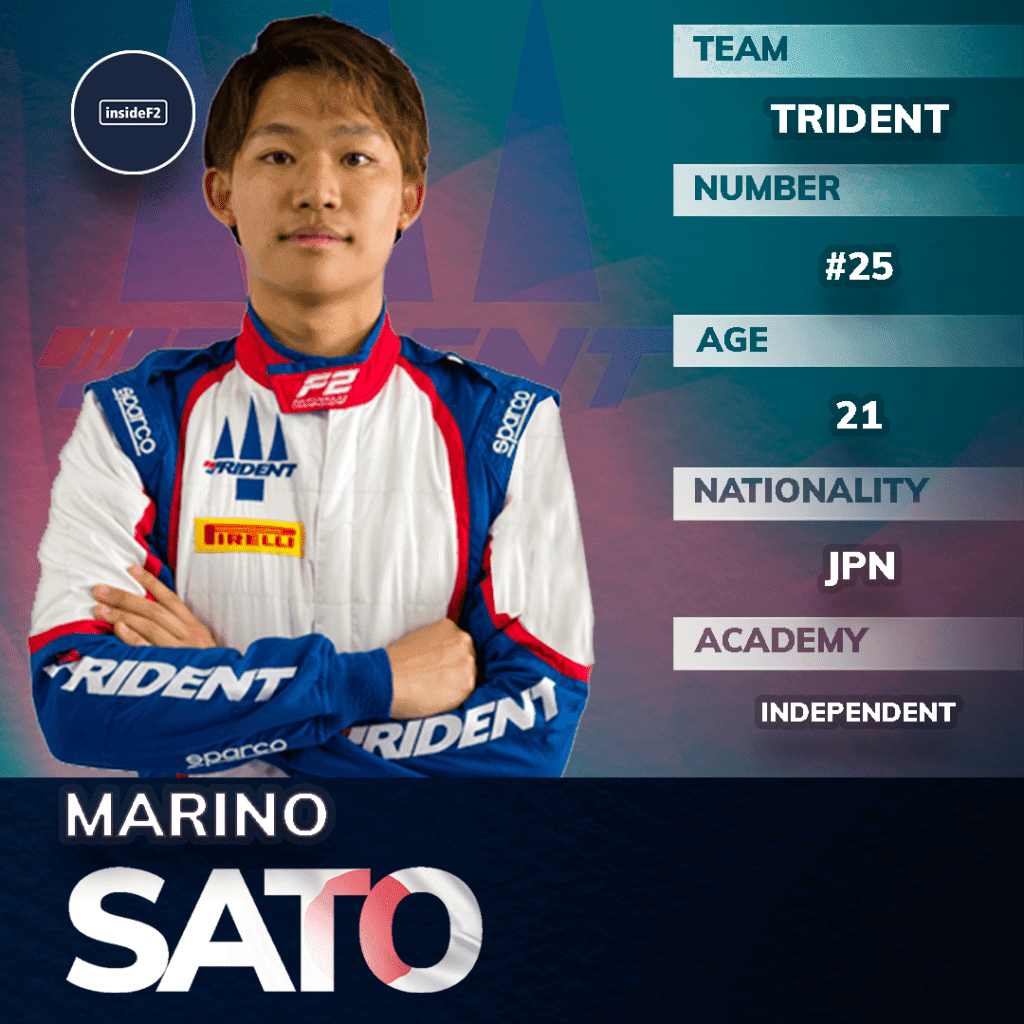 The young Japanese driver has now got a full season under his belt and should be well placed to use that experience to his advantage versus the rookies coming up from FIA Formula 3.

It will be good to see if Sato can improve on last season by also harnessing the experience from his Young Driver Test debut in Abu Dhabi, where he drove Alpha Tauri’s Formula 1 car.

The Japanese driver finished an impressive 13th fastest, ahead of last season’s Trident team-mate Nissany in the Williams, and the newly crowned, Formula 2 champion, Mick Schumacher, in the Haas.

The driver knows that 2021 will need to see improvement both from him and the team if they want to push on and claim some positive results,

“I’m really looking forward to continuing our journey together with team Trident.”

”We had a very tough season last year but we were improving race by race. I need to thank everyone who’s Involved”

The Dutch driver is a popular addition to the 2021 lineup in Formula 2 following a year in F3 in 2020 with MP Motorsport.

Although his Formula 3 year didn’t see him make a challenge for the title in any way, he did claim two podiums and a victory at Silverstone.

”I cannot wait to make my debut in the FIA Formula 2 Championship with  Trident Motorsport.”

”I am sure that we will achieve great results.”

Team Manager Giacomo Ricci was impressed with the driver last year and will be hoping Viscaal can repeat those podium results for MP in Formula 2 with the Italian team.

“We are convinced we will be able to reach great results together, and we will provide him with our best support to help him find his fit with our family as quickly as possible.”

The Italian outfit has a challenging season ahead to improve on their position. The 2021 Formula 2 season is fair game, as all of the teams begin on equal terms and with a clean sheet.

Can both 21 year olds bring a burst of energy and perhaps a little glory to Trident?