Immediately after lights out, Pourchaire remained stationary as the rest of the field got away.

The cars behind took avoiding action as much as the could, but an unsighted, Enzo Fittipaldi wasn’t so lucky. He hit the back of the ART car, and the session was red flagged.

Drivers lined up in the pit lane and exited their cars until the accident was cleared, and the track deemed safe to race.

When an incident like this unfolds, how difficult is it for a driver to remain focused? To not think about what’s occurred? And, to get back into their cars and continue racing?

Sitting quietly on the pit-wall, Shwartzman said he remained calm:

“I didn’t really have any issues and was just focusing and thinking what we might do once we restart the race. I was just trying to figure out some ideas, what will I come up with.”

After attending to Pourchaire and Fittipaldi, and clearing the debris, Race Control limited the race time to 20 minutes + one lap. The mandatory pit-stop remained in place. Therefore, the teams still had a strategy to configure, to maximise results.

When asked how a driver can put incidents out of their mind as they go racing again, the PREMA driver said:

“In the race, as soon as I sit down in the car, I wake up again, so, I’m more excited. And, obviously when you’re outside the car and waiting, there’s no point of wasting your energy, and I was just taking my time.”

The session was red flagged for a second time, after a spin and collision between Olli Caldwell, and Guilherme Samaia, and was not resumed.

When Formula 2 returns to Saudi Arabia next season, will changes to the circuit be made, to accommodate the close racing F2 bestows?

The drivers will reset from this chaotic weekend in Jeddah, and travel to Abu Dhabi for the final three races of the 2021 Formula 2 season. 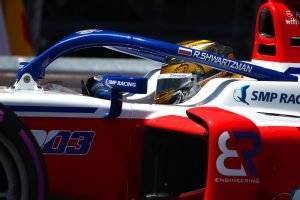