The Russian showed high performance and great consistency over the final round of the championship, in a season that saw him win four races, more than anyone else and finished fourth in the driver standings.

Shwartzman started the Feature Race from fourth, which is where he finished. The reverse grid for the Sprint Race meant that the Ferrari Academy Driver started from fifth and, after a long battle with his competitors, finished fifth sealing a great finish in the final round of the season.

Shwartzman said: “This weekend we were still lacking a bit of pace compared to the leaders, but it was still good enough and better compared to yesterday. P5 is not really the result I wanted, but there was a lot of fighting going on. I could have caught the opportunity with Ilott, but I also struggled to stay close to him.

“At some point, there was a big fight with a mess going around. I gained and lost position, and I managed to finish in P5. We were just missing something with the balance that could have probably helped me to get past Ilott and maybe finish on the podium.

“P4 is maybe not the best position you can finish in a championship, just away from the top-3, but we still got the most wins, and as a rookie, I wasn’t a bad year at all. Without a few bad weekends, we would have had the chance to fight for the championship, especially with how we performed in the last few races.

“We have to learn from our mistakes, and I look forward to next year. Congrats to my teammate, he did a great job and was more consistent, so I’m happy for him and the whole team.”

Prema will stay in Bahrain for the postseason test between the 8th and 10th of December where Oscar Piastri will test for them ahead of him joining Shwartzman at the Italian team for the 2021 season. 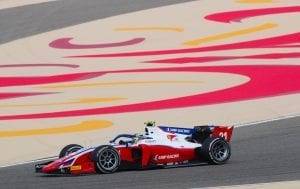