Shwartzman Unsure if He Likes Mugello!

Shwartzman Unsure if He Likes Mugello!

Robert Shwartzman has arrived at Mugello for Round 9 of the Formula 2 Championship, and isn’t quite sure he likes the Tuscan track!

“I don’t know if I like the circuit to be honest! It’s been a very long time since I raced there. I remember it was not the best weekend for me, but it’s been a while, so I hope this year is going to be good.“

It was the 2015 Formula 4 Championship that last saw the Russian participate in a race here.

Driving for Kfzteile24 Mucke Motorsport, he finished in 15th, 12th and 13th place.

Although a disappointing result, Shwartzman ended his Formula 4 season in a respectable third place, out of 36 participating drivers.

His return to Mugello has triggered memories of how unique and challenging the circuit can be.

The Russian driver knows tyre wear will be a major contributing factor to his race.

“Tyre management is going to be very important. I think it’s probably going to be the highest deg track of the season. I’m really focussing on how to work the tyres and do the best job possible to keep a least a little bit of life in them. I don’t think they will last long.“

Shwartzman hopes he’ll grow fond of the circuit this weekend after his last visit.

“The track is very interesting, because it’s uphill and downhill and it’s very fast. Even though it’s really nice, it’s going to be very difficult to perform well. It’s a big challenge, but I’m looking forward to it. Hopefully after this race weekend I’ll say it’s a really good track.”

Formula 2 fans are excited to see this new circuit temporarily added to the calendar and are hoping for a similar show to Monza.

“The track is very quick with a lot of high-speed corners where it’s either uphill or downhill, so the car can be on the limit and you need to be brave and have trust in it if you want to go fast.”

The ambient temperatures are set to reach the mid-80s this weekend. For the drivers this will have a major physical effect. The cars and tyres will also be tested to the limit.

”I also think it’s going to be physically tougher than other tracks.”

Will the race see a frustrating parade where cars cannot pass each other except for one part of the track?

“There’ll definitely be overtakes on the main straight, coming into the Turn 1, but apart from that it’s very difficult to get past. With high-speed corners it’s very hard to have good downforce and stay close to the car in front.”

If so, strategy and tyre choice will be critical towards the race outcome, and in the battle for the Formula 2 Championship title as the end of the season looms closer.

Shwartzman has switched lead in the driver standings since earlier in the season. His main rival being Ferrari Driver Academy comrade, Callum Ilott.

PREMA teammate, Mick Schumacher, has joined the party and sits in second place between Ilott in first and Shwartzman in third.

There are only nine points between all three.

The exceptional circumstances of the Formula 2 2020 season has seen the FDA boy’s exceptional talents stand out above their peers.

All drivers, including Ilott, Schumacher and Shwartzman, have had their share of bad luck and avoidable mistakes. But it is these three who have shone brighter than the rest of the field and took every opportunity where possible.

Shwartzman knows how important every single race is from now until the end of the season if he wants to lift the winner’s trophy.

“Last weekend in Monza I learned not to have expectations at all. That was wrong from my side. For Mugello, without having much experience of the track at all, if any, I don’t have any expectations. I just want to do the best job possible, and to enjoy every moment while driving the track.” 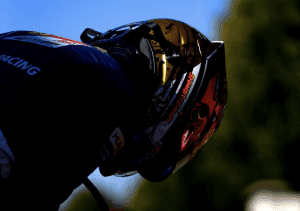