PREMA Racing’s Jehan Daruvala picked up fourth place in the Sprint Race at round 4 of the F2 season in Spain.

The Indian driver started the reverse grid race from seventh and made up three places, to score five valuable championship points.

Daruvala, part of the Red Bull Junior Team, had a “positive first lap”, where he got past ART driver Theo Pourchaire, which Daruvala called “really important.”

The 23-year-old described his race as “decent”, before adding: “I tried to push a lot to try and get close to the podium, but probably I pushed too much and struggled in the closing stages.

“We got a good amount of data for tomorrow, we start fourth, and we can definitely move forward and fight back.”

There were mixed fortunes again in the PREMA garage, as the second car of Dennis Hauger finished down in 12th, after starting 14th.

19-year-old Hauger, who has had a difficult start to his F2 career, struggled to make progress around the Circuit de Barcelona-Catalunya, which is notorious for being a tough track to overtake.

The Norwegian said: “I had an okay start, nothing special. I struggled a bit with the rears from the beginning and that made it hard to overtake coming out of the last corner.”

The 2021 F3 champion said he and the team would look into the data and “prepare to go again tomorrow.”

PREMA, who have not won in Formula 2 in 2022, will be hopeful of putting that statistic right in the Feature Race, as Daruvala will start in fourth position, which is where Sprint Race winner Felipe Drugovich started in Saturday’s race.

Heading into the Feature Race, Daruvala is third in the drivers’ standings, with 41-points behind new championship leader Drugovich on 61 points and Pourchaire second having scored 56 points. 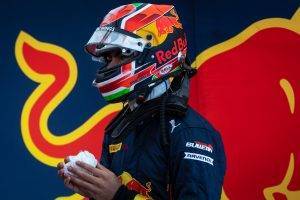