The Formula 2 Debrief – Round 2

The Formula 2 Debrief – Round 2 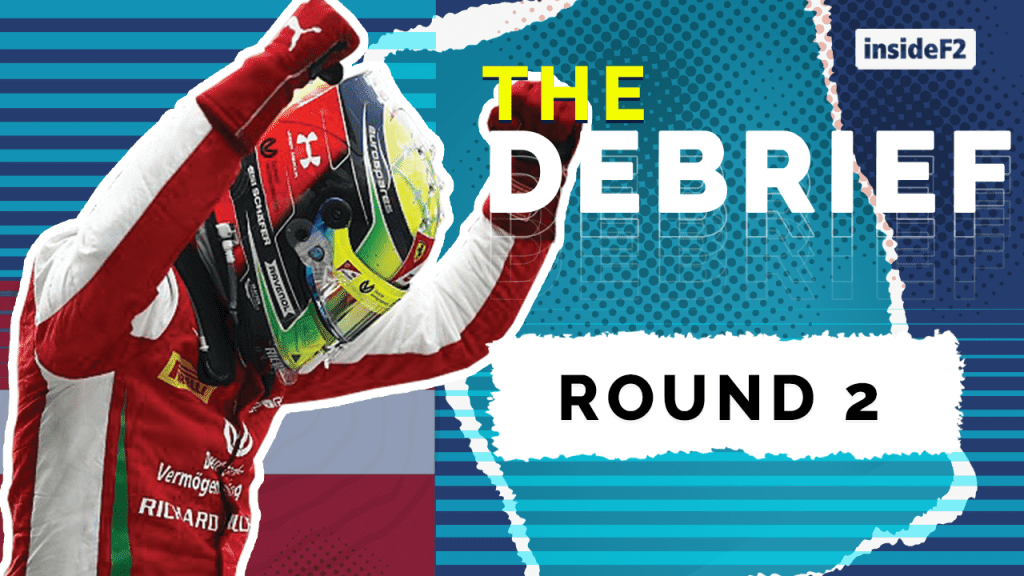 We are well and truly underway in 2020 for the Formula 2 season after another great weekend in Austria. The second event of the year saw a new pole-sitter and two new winners as this unpredictable season got into full flow.

Before the action even got underway we received some news. A race at Mugello had been added to the calendar, bringing the season length to a provisional nine races. We wait more race announcements, with Russia, Bahrain and Abu Dhabi rumoured to see out the season. 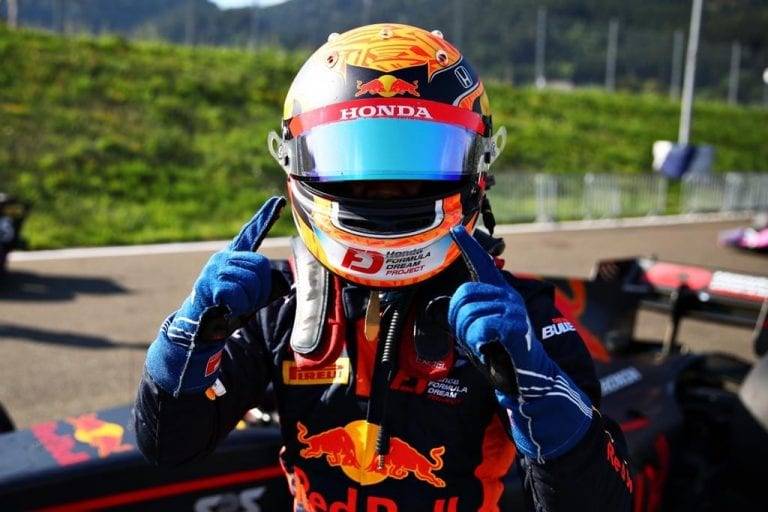 When action did get underway it was Yuki Tsunoda who set the pace in practice, as he did last week.

Some feared a similar weekend to last week, but there was no need to fear as qualifying approached.

Japanese star Tsunoda struggled in the half-hour qualifying session last week, but he had complete control this time round. 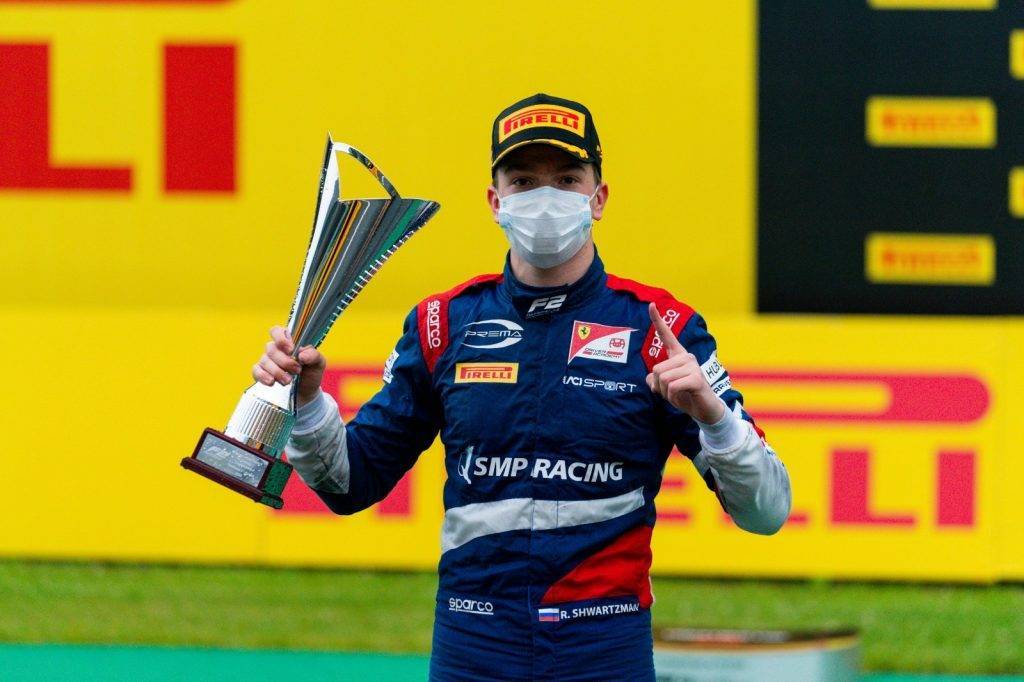 Raceday came and so did the forecasted rain. A delay to F1 qualifying set the race back as the weather worsened.

Four laps under the safety car was all that we managed before the red flag was waved.

Now everybody had to play the waiting game. Tweets about umbrellas and jokes over the radio kept us interested until the golden message came: Race to be restarted in ten minutes.

The safety car led them off the grid and Tsunoda took the lead as green flag running began.

Ghiotto was soon overtaken by Robert Shwartzman and the Russian teamed up with Christian Lundgaard as they both passed Aitken in quick succession.

As the pit window approached, leader Tsunoda bizarrely stayed out. His rivals for the win had all been in and out, yet Tsunoda continued.

It quickly became obvious there was an issue with his radio, and it seemed like he would lose the lead and the win to his fellow Asian Zhou.

As predicted, when Tsunoda finally got the message, he returned to the track behind his competitors.

UNI-Virtuosi man Zhou looked favourite for the win, but he was quickly caught and passed by Shwartzman.

On fresh rubber, Tsunoda was on a mission to recover the lost time. He set a blistering pace and caught up with Zhou, swooping past the Chinese driver.

Shwartzman was a little too far for Tsunoda though and the reigning F3 champion took his first win in Formula 2.

Thankfully on Sunday, there was no rain around and the Red Bull Ring was basked in glorious sunshine.

No delays to the race on Sunday, and as the lights went out at 10:10am local time Ticktum led the field into turn one.

Immediately there was trouble for Saturday’s winner Shwartzman. On exit from turn one he made a mistake and lost control of the car, spinning round and out of the race.

In the early laps Lundgaard stalked Ticktum before surprising the Brit with a dive into turn three.

The Dane’s excellent move secured him the race lead and he set about creating a gap to those behind.

Tsunoda’s poor luck continued as a clutch issue slowed him down and forced him out of the race.

Mick Schumacher, trying not to be outdone by his PREMA teammate, passed Armstrong for third before a freak incident.

The German’s on-board fire extinguisher was triggered, foam covering his helmet. He pulled into the pits and retired, losing out on a solid haul of points.

Schumacher’s retirement put Armstrong back up into the podium places. Ticktum looked to close in on Lundgaard but the ART’s pace was too great.

Lundgaard crossed the line for his first win in F2, with Ticktum and Armstrong joining him on the podium.

Behind them, UNI-Virtuosi pair Zhou and Ilott battled for fourth, with Zhou just about holding the lead as they took the flag.

Despite his retirement in the sprint race, victory on Saturday was enough for Shwartzman to take the championship lead.

The 20-year old sits on 48 points, five points ahead of Lundgaard and Ilott.

A double podium for ART sees them take charge in the constructors’ race, ahead of UNI-Virtuosi and PREMA.

If nothing else, this weekend in Austria proves that Formula 2 is set to be as unpredictable as ever.

Shwartzman showed his super talent with his win, but also showed he is not perfect with his spin. Tsunoda let everyone know he can do it in the race, as did Lundgaard.

And then there is Zhou, who made up for last week, with Ilott, Ticktum and Armstrong all in the mix.

Four drivers have won races this season, with all of them taking their maiden F2 win. A combination of rapid rookies and experienced stars is set to make this season spectacular.

But what else can we expect from F2? These drivers are out to prove themselves to F1 teams, and they’re catching the eye of fans across the world by doing so.

This weeks winner is Robert Shwartzman with that over and under move on Guanyu Zhou in the wet during the Feature Race to take the net lead. 👏🏻 Bravo Robert.

Replacing our pre-season Sunday Social feature we have our Top 3 Social posts from the world of FIA Formula 2 this weekend.

From the virtual world into real life at the F1 MTC this weekend for these two!

Hands up if you loved that last lap! Huge congrats to @mattwtf1 for effortlessly transitioning from the Virtual GP comm box to the real thing – like a true pro #F1 #F2 #F1TV #PLC #pitlanechannel

Not a fan of the rain, that Callum… ?

The one that made us giggle a little was Christian Lundgaard’s confusion as he neared the end of the race for victory only to find he was chasing Lewis Hamilton…. 🤷🏻‍♂️😂

NEXT EVENT: ROUND 3 – Hungary (Click here to see the weekends schedule)