The Formula 2 Debrief – Round 3

The Formula 2 Debrief – Round 3 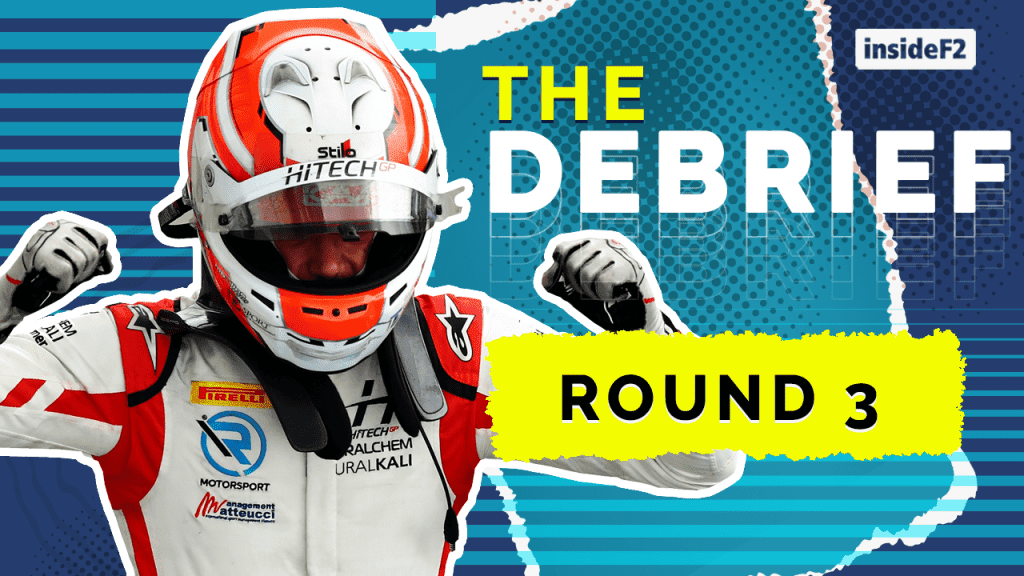 If there’s one word to sum up this weekend of Formula 2, it’s ‘strategy’. Which tyres to start on, whether to change them, what to change them to, Hungary was all about strategy.

After such exciting racing in previous rounds, it’s easy to forget the Formula 2 weekend began with a pretty boring session with Friday Practice.

A wet track limited the running, with several drivers spinning off the damp circuit.

Eventually laps were set and it was Giuliano Alesi who went fastest. More than half the grid failed to set a time, something they may have been regretting during qualifying.

But, with all of that non-action on friday morning came the entertainment we love and expect with FIA Formula 2 over the remaining sessions. 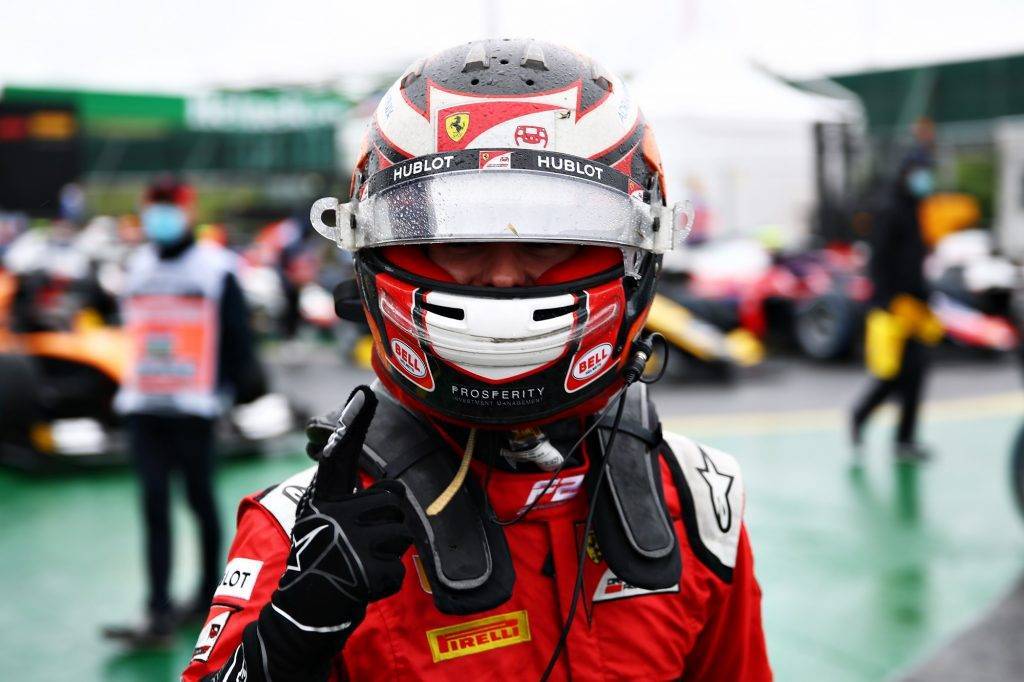 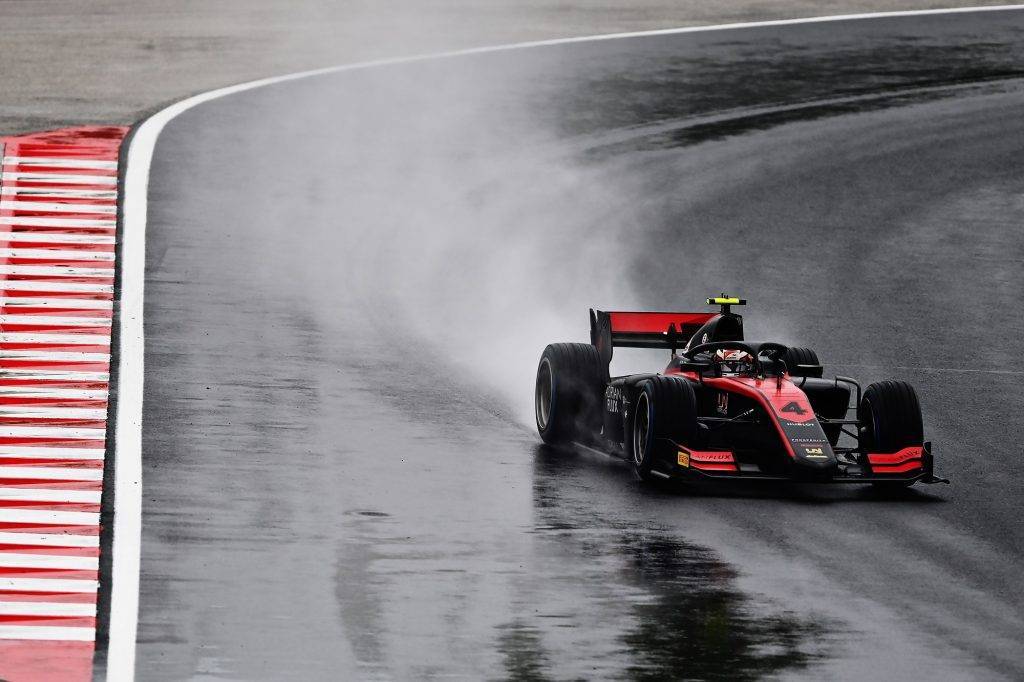 The wet weather stuck around for the half hour qualifying session late on Friday.

Callum Ilott would take pole in a tough session for all involved. Guilherme Samaia spun and stalled early on, bringing out the first red flag of the session.

Luca Ghiotto set the early pace, storming around the track much quicker than anybody else.

Ghiotto battled with Christian Lundgaard for P1, but as the majority of the field pitted, Ilott struck.

UNI-Virtuosi sent Ilott and teammate Guanyu Zhou out ‘in the gap’ whilst their competitors were changing tyres.

With a clear track, the pair set excellent times, with Ilott going top and Zhou third.

The target was clear for the rest of the field, but as they were preparing to begin their final timed laps, Jehan Daruvala took a spin.

The stranded Carlin brought out another red flag and the session was stopped early, giving Ilott pole ahead of Ghiotto and Zhou. 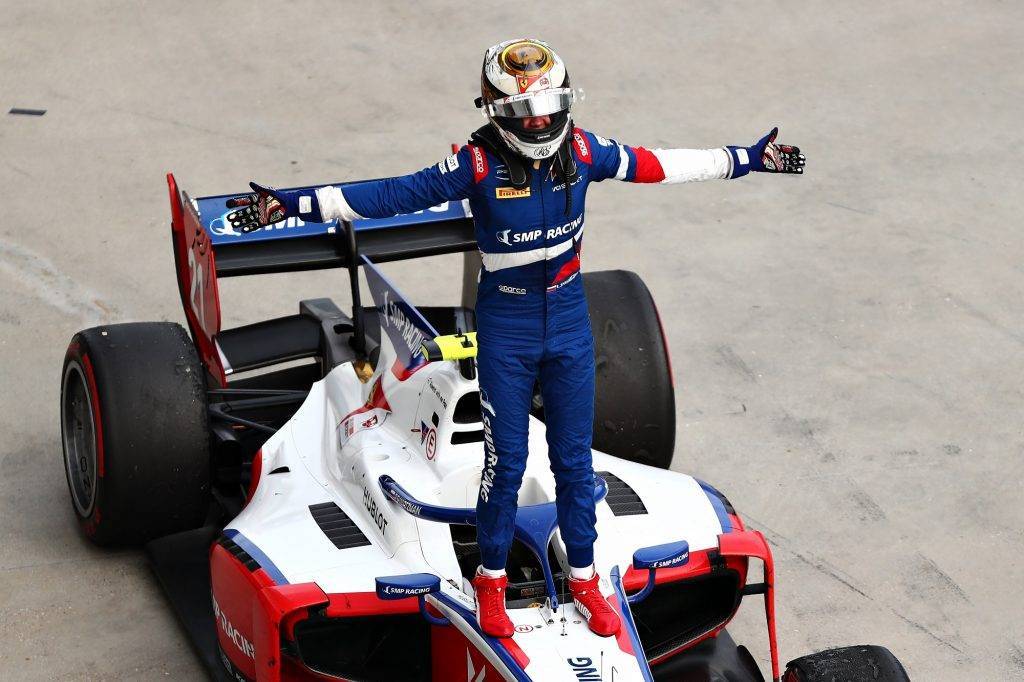 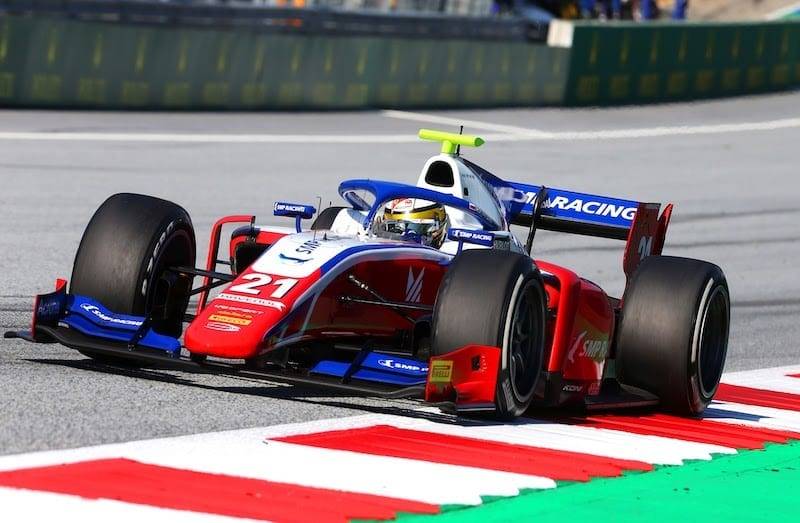 Following his great Qualifying drive, it wasn’t to be a repeat of the season opener for Ilott on Saturday, as strategy caused chaos.

The majority of the field started on the soft tyres, but Robert Shwartzman opted for the alternate strategy.

Starting 11th, the Russian started on the mediums, a choice that paid off as he took his second win of the year.

At the start Ilott held the lead, with Zhou falling back down the field. Ticktum was Ilott’s nearest competitor but the Brit couldn’t make a move stick.

Shwartzman made a super start, working his way up to sixth on lap one, and that quickly became fifth.

Ticktum pitted from P2 as soon as he could, with Ilott following him in the next lap. This was their undoing, as the mediums wore faster than anticipated.

As all the frontrunners came in for a change of tyres, Shwartzman was running a race of his own in the lead. The PREMA driver looked after his tyres brilliantly whilst others were struggling.

The alternate strategy was the one to be on, as Shwartzman showed when he came in for soft tyres.

He came out behind Ghiotto, but romped past when the tyres were up to temperature.

Soon after he eased ahead of Ilott and then race leader and teammate Mick Schumacher.

As Shwartzman raced into the lead, the fun wasn’t over. Having started 16th, Hitech’s Nikita Mazepin was also on the alternate strategy and he followed Shwartzman through to finish second.

Schumacher held on whilst others drifted further back for his first podium of the season. 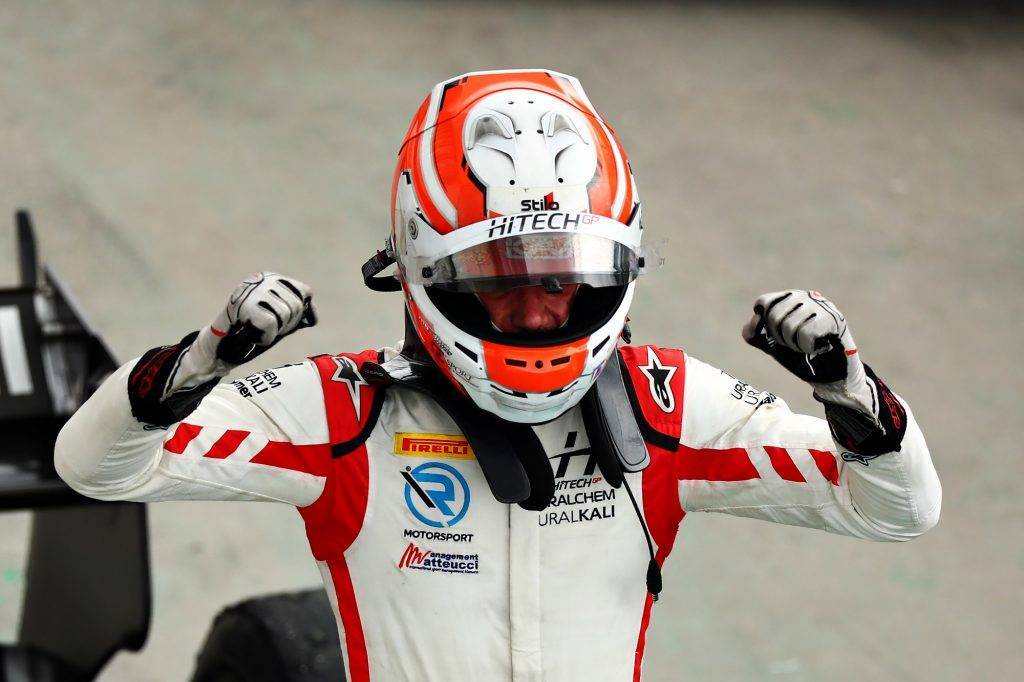 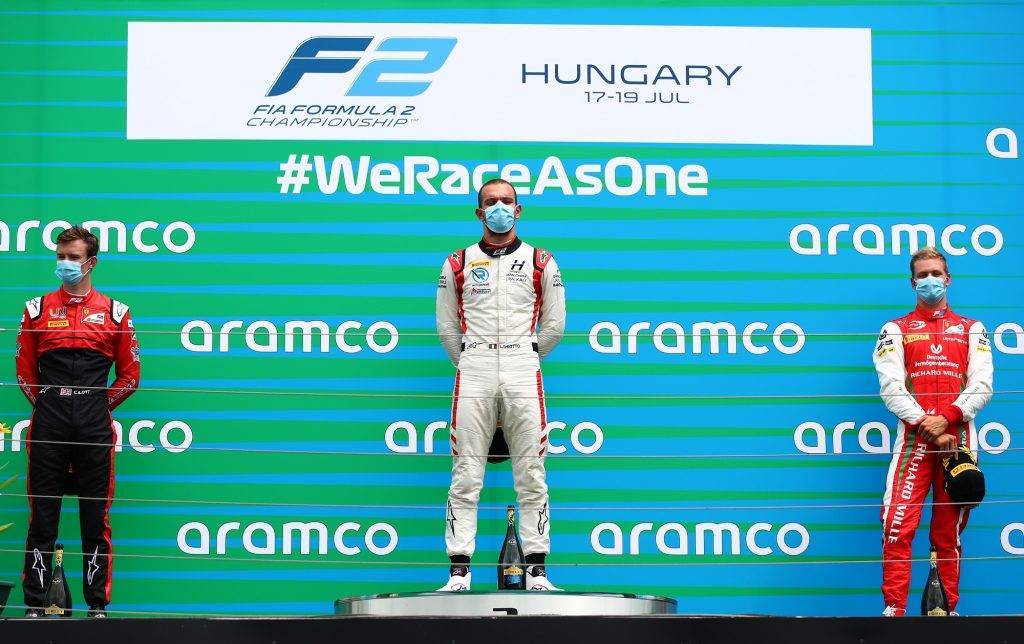 On Sunday, strategy was all the talk once again as Ghiotto held off Ilott for a stunning victory. The question to be asked was whether a pit-stop was worth it or not.

With most of the pack starting on mediums, plenty of drivers were unsure the rubber would last all 28 laps.

Ilott started well and led early on as Ghiotto and Louis Deletraz battled for second.

Ticktum’s frustrating weekend culminated in a mechanical problem, forcing him to retire.

Schumacher moved up into third with a move on Deletraz, who had fading tyres.

The German soon came into the pits for fresh rubber, with Ilott and Shwartzman following. Ghiotto however, remained out on track.

Ilott and Schumacher quickly found themselves back in their rightful positions and looked to hunt down the Hitech. It was too far for Schumacher, but Ilott had a chance.

It seems impossible that Ilott could close a 22-second gap in five laps, but he was doing it.

However, it wasn’t quite enough as Ghiotto held on for his first victory of the season. One more corner, and it would’ve been Ilott’s, a quite incredible finish to a dramatic weekend.

So as mentioned above, strategy was the key of the round. Shwartzman and Ghiotto unlocked the gateway to the perfect race, and deservedly stood on the top step.

Shwartzman’s race win on Saturday sees him extend his championship lead over Ilott to 18 points. The Russian’s feature race win showed that his victory in Austria was not a one-off.

He has serious pace and surely is now the favourite for the title in his rookie season.

Ilott’s difficult feature race stunted his progress, but 12 points on Sunday limited the damage in the standings.

Team of the round has to be Formula 2’s newest, Hitech GP. They have had a challenging start in the championship but this weekend was outstanding with two podiums and a great haul of points.

Renault juniors Lundgaard and Zhou suffered, but Schumacher showed he wouldn’t be walked over by his teammate. His double podium proved he has good speed and racecraft – and that he really does love the Hungaroring.

And so do us fans after that weekend! Two great races, we’ve learnt a lot about tyres, drivers, teams and weather this weekend, and there’s more to come in two weeks time…

Replacing our pre-season Sunday Social feature we have our Top 3 Social posts from the world of FIA Formula 2 this weekend.

PREMA’s engineer Mario is available for events, weddings and collaborations on request it would appear. 👏🏻Grande Mario

We will let the media do the talking…. Great race from Luca Ghiotto and a great weekend for Hitech GP! 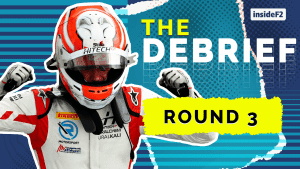