The Formula 2 Debrief – Round 4

The Formula 2 Debrief – Round 4

Formula 2 once again proved how unpredictable it can be with an entertaining weekend at Silverstone. We saw two drivers take their maiden wins in Britain, with plenty of drama along the way.

But let’s not talk about that yet. The weekend, as always, started on Friday with practice. On a scorching hot Friday it was Yuki Tsunoda who continued his excellent practice form.

There was good pace for Felipe Drugovich, Dan Ticktum and both UNI-Virtuosi drivers, but nobody could touch the Carlins. 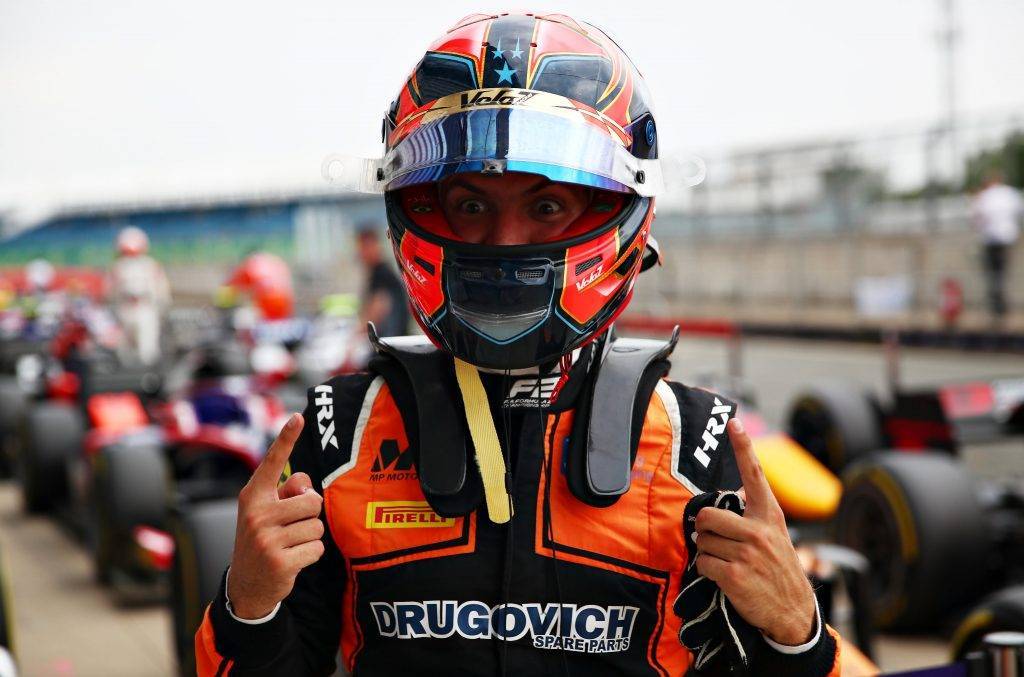 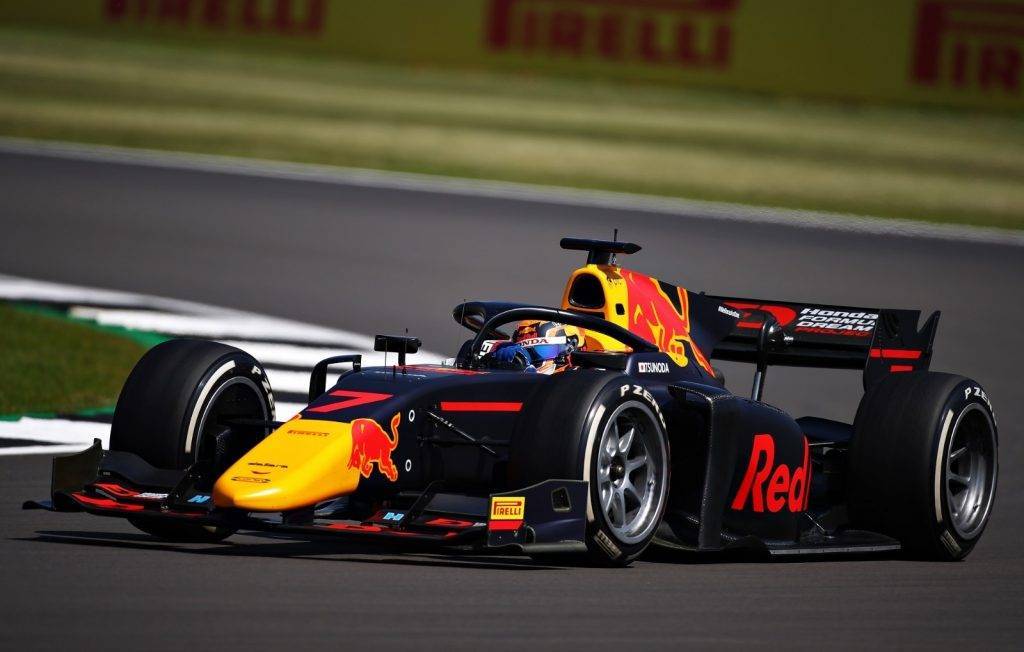 Having been so quick in practice, Carlin could not replicate that form later on Friday.

However, it was Drugovich who continued his strong weekend, claiming his first pole in Formula 2 with a super lap.

He would be joined on the front row by Callum Ilott, who continued his excellent qualifying form in 2020. The Brit has qualified in the top three for every event this year so far.

Mick Schumacher and Christian Lundgaard were on Row 2, ahead of Nikita Mazepin and Jack Aitken.

Guanyu Zhou could only manage eight, behind Daruvala. Championship leader Robert Shwartzman had a nightmare day, struggling with traffic and the car, only managing P18. 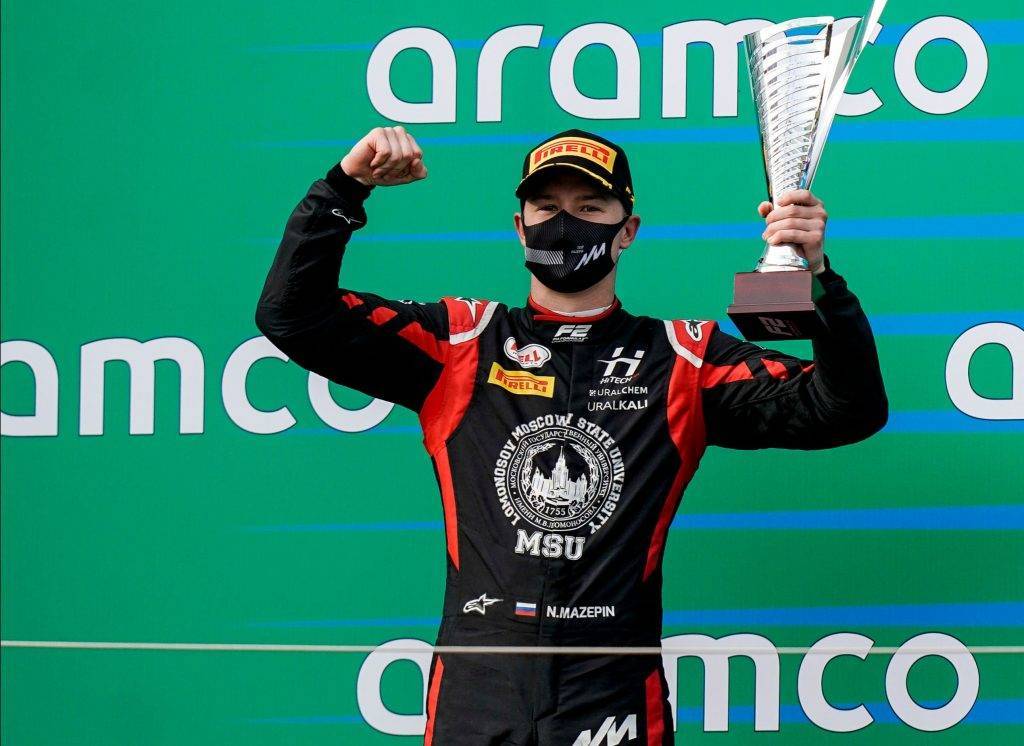 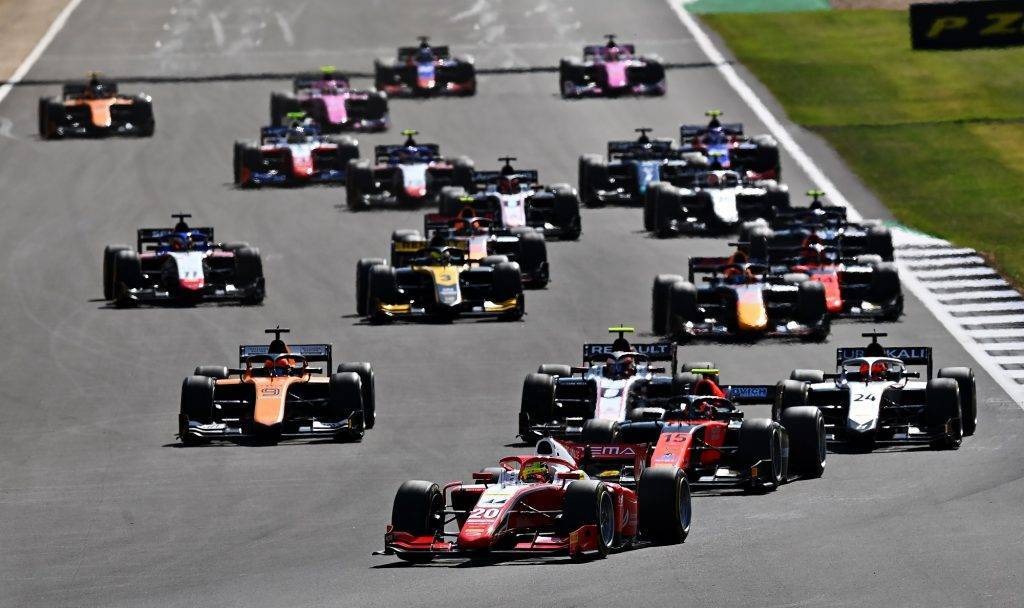 Before the first race of the Formula 2 weekend even began, there was drama. As the field pulled away for the formation lap, Ilott didn’t move. His Virtuosi had stalled and he was to start from the pitlane, a mega disappointment.

When the race got underway for real, Schumacher made the most of Ilott’s empty grid slot to fly through the space Ilott would be and into the lead.

Drugovich continued to fall down the order, losing out to Mazepin and Lundgaard as his feature race win dream faltered.

Fresh from his first Formula 2 podium in Hungary a fortnight ago, Mazepin attacked Schumacher, passing the PREMA for the lead into Stowe.

Zhou had a quiet start, but began making moves as his alternate strategy started to pay off. He passed Tsunoda and Aitken and inherited second as all but Drugovich in front of him pitted.

After a promising start to the race, Schumacher found no pace on the second stint and was soon overtaken by Lundgaard. Soon after he was passed by both Deletraz and Tsunoda, and with Shwartzman nowhere, PREMA were struggling.

Drugovich and Zhou eventually pitted as the race came into the latter stages, but the MP Motorsport lost time and vital positions.

The Chinese star was closing in on the podium, passing Tsunoda for third and then Lundgaard for second. Mazepin proved a step too far, but P2 was his best finish in Formula 2 to date.

Tsunoda passed Lundgaard on the final lap for third, his second podium of the season.

But Mazepin was in a league of his own, taking his first race win in Formula 2 and putting himself right in contention for the title

Ilott completed a terrific recovery to come home fifth in a case of what could have been, ahead of Deletraz and Drugovich. Ticktum claimed reverse grid pole in eighth with Schumacher and Nobuharu Matsushita completing the top ten. 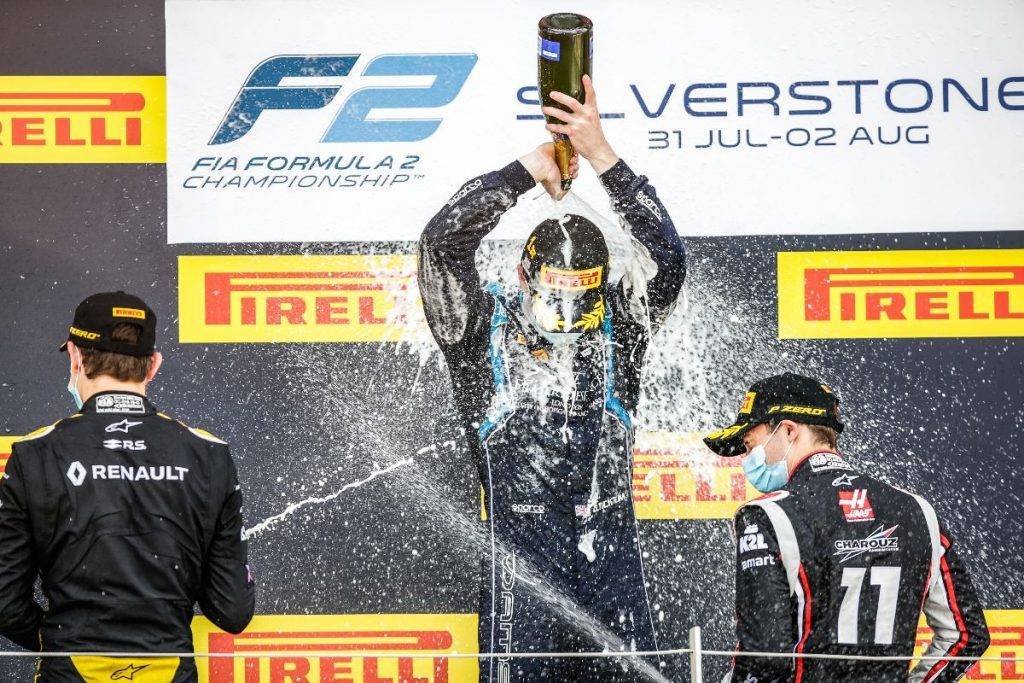 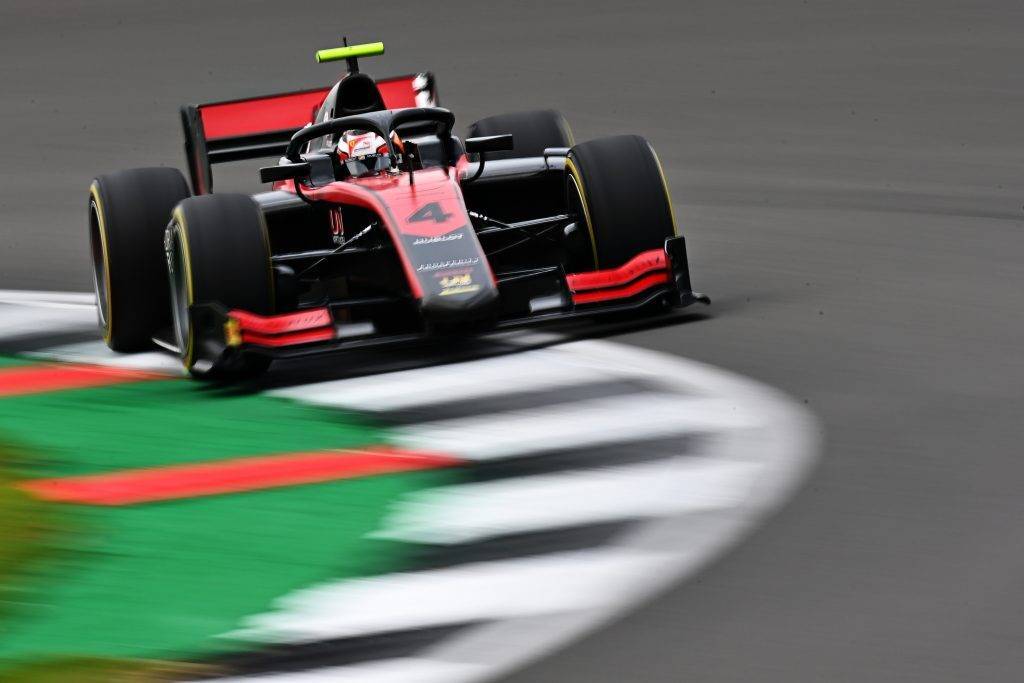 On Sunday, we had even more action and another maiden winner. Ticktum started the race well, but second placed Drugovich lost places once again.

There was contact early on, as Ilott and Tsunoda came together at Village. Tsunoda spun round and out, whilst Ilott was awarded a five-second time penalty for his troubles.

Ilott may have had a penalty, but he and UNI-Virtuosi teammate Zhou had pace. The Brit passed Drugovich and Zhou followed through, passing Mazepin and Drugovich at once on the run into Stowe.

Despite the penalty, Ilott continued his charge up the field, passing Deletraz and Lundgaard for second.

He was chasing down Ticktum for the lead when Ilott made his second mistake of the race, this time more costly. On the exit of the Club chicane, Ilott lost the back end and spun, stalling in the process and retiring from the race.

The safety car was called out as the marshals recovered the stricken car. Drivers were ordered to go through the pits under the safety car, and Lundgaard took the opportunity to change tyres.

The ART squad gave up P2 on track, coming out fifth, but on new tyres he was the man to watch.

The Dane immediately passed Mazepin on the first green lap. Next up was his fellow Renault Academy Driver Zhou, who was dispatched at Brooklands.

He then went after Deletraz, passing him on the penultimate lap. Zhou was still pushing to get back on the podium but became the second UNI-Virtuosi to spin out. However unlike Ilott, he kept the car going, but fell down to ninth, out of the points.

Lundgaard was setting incredible lap times but couldn’t quite catch Ticktum, who won for the first time at this level at his home race.

Deletraz crossed the line third but there was last-lap action for P4. Daruvala had a quiet race up to now, but passed Mazepin to take his best finish in Formula Two.

Drugovich came home sixth, ahead of Matsushita and Aitken. PREMA’s difficult weekend ended with 13th and 14th for Shwartzman and Schumacher after late pit-stops cost them points opportunities.

A pair of no-points finishes for Shwartzman closed up the championship standings, keeping him on 81 points. After the first three rounds it looked as if the Russian could be set to run away with the title, but now it’s much closer at the top.

Ilott missed a chance to close in further with his spin, but there’s just an eight point gap between him and Shwartzman.

Lundgaard’s strong weekend sees him move onto 69, ahead of Mazepin, Ticktum and Zhou.

In the constructors’ standings there’s been a change at the top. Two drivers in the top five on Saturday for UNI-Virtuosi saw them jump PREMA. With neither team scoring on Sunday however, ART have closed the gap to 21 points, with Hitech further back in fourth.

We all know by now that Formula 2 is unpredictable and we saw it again this weekend. The series returns next week, again at Silverstone, but don’t think it will yield the same results.

We saw in Austria how much form can differ week-to-week, even on the same track. We’ve had seven race winners in eight races so far, will we get any more new winners next week? We certainly hope so…

Silverstone has seen some awesome moves! So this week we had a long shortlist.

However, The weekend gave us the Zhou show in both the race’s. Our top moment came with this epic double pass from Sunday’s Sprint Race 👏🏻

As we mentioned in our #ItGotSent Mr.Zhou was at it again! Here was a great compilation from the official F2 account 🙌🏻

And just for a bit of fun… It was boiling at Silverstone this weekend!

NEXT EVENT: ROUND 5 – Silverstone (Click here to see the weekends schedule) 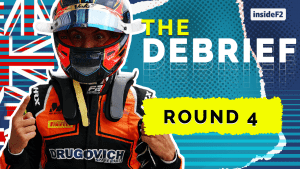