The Formula 2 Debrief – Round 5

The Formula 2 Debrief – Round 5 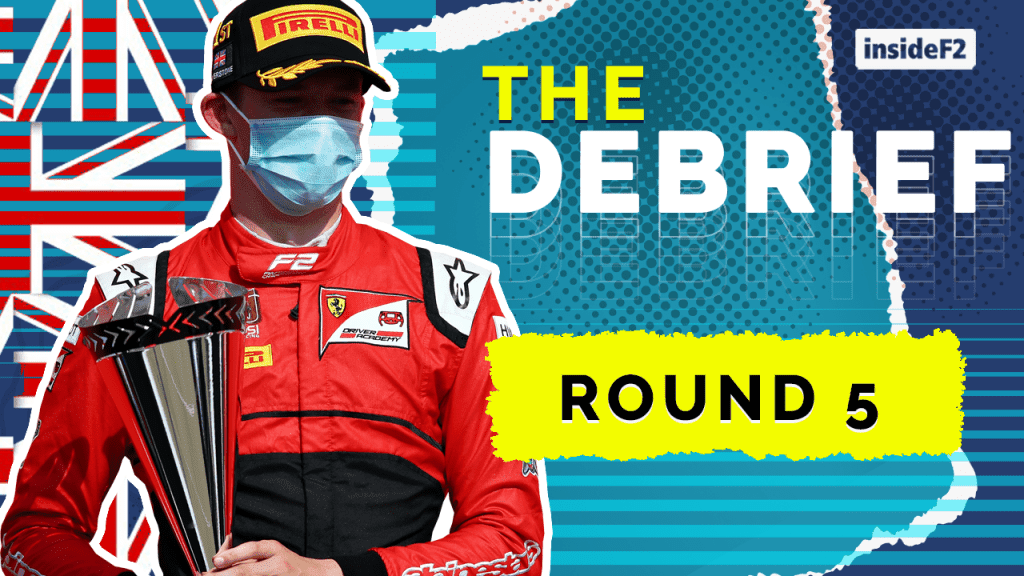 We all know by now that Formula 2 produces great drama and excitement, with this weekend being no exception. We saw a change in championship lead, teammates crashing and a new winner. Here’s everything you need to know in the weekend review…

But before all that excitement, the week started with a scorching hot Friday at Silverstone.

In temperatures exceeding 30 degrees, Mick Schumacher set the fastest time in the first session of the weekend.

PREMA lost their lead in the constructors’ standings to UNI-Virtuosi last week, but they had good pace in practice. Schumacher’s teammate Robert Shwartzman was fourth, with Louis Deletraz and Dan Ticktum sandwiched in between.

There was also good pace for Sean Gelael and Yuki Tsunoda ahead of qualifying. 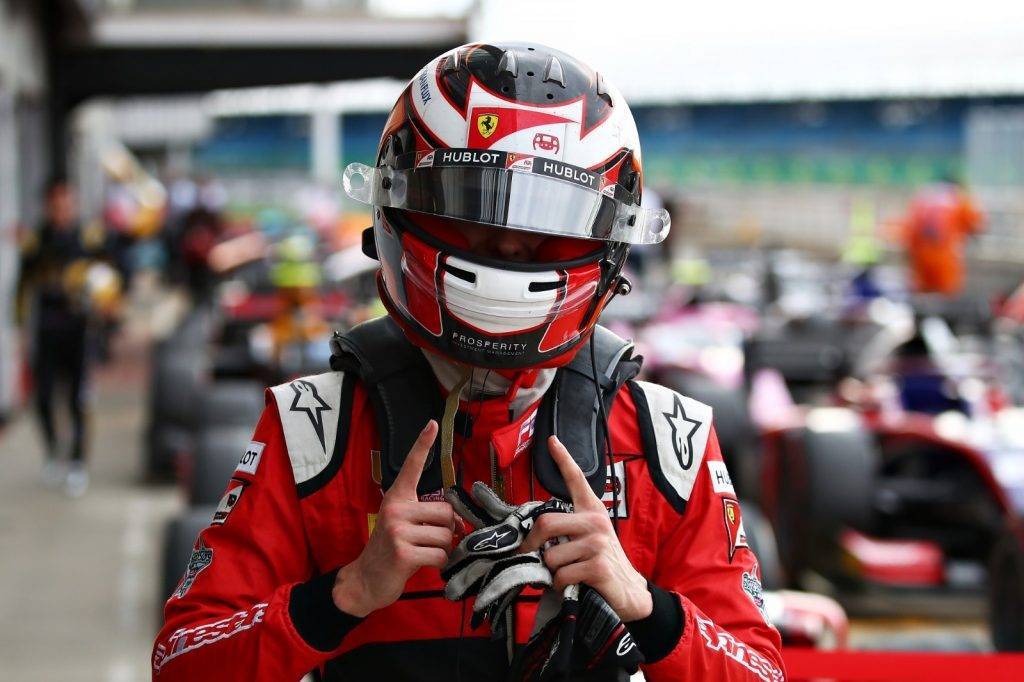 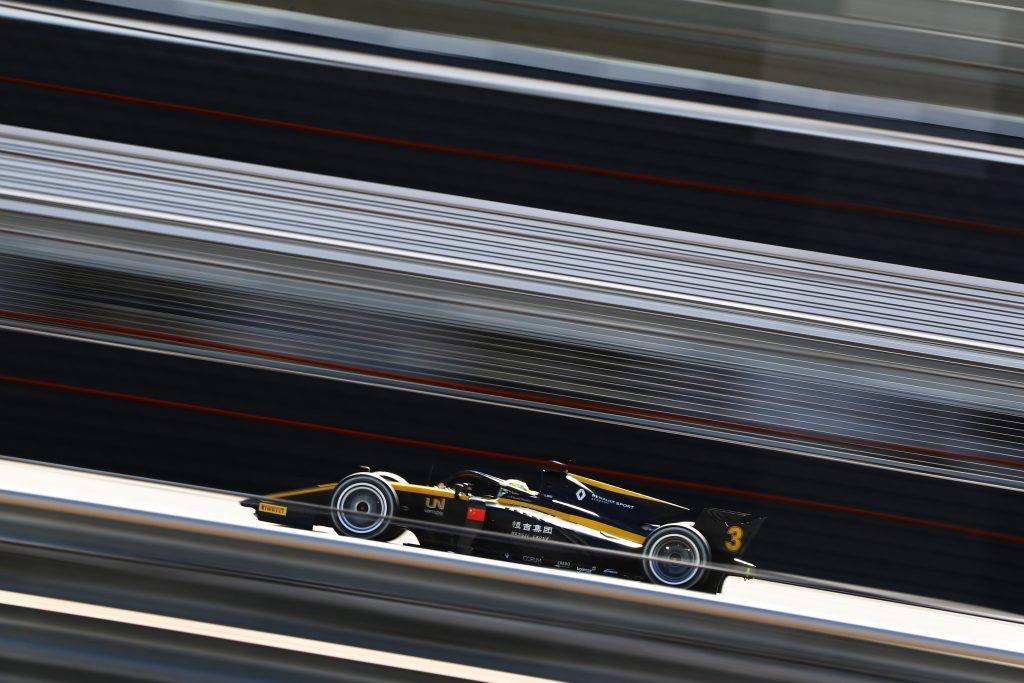 The early part of qualifying was dominated by Christian Lundgaard. The Dane soon went quickest and then improved even further to set a target for the rest of the field.

Having started the session with a few poor laps, it was Callum Ilott who produced a stunner to go top of the timesheets.

As the grid wound up for their final runs, Gelael spun his DAMS on the exit of Copse. The stricken car brought out yellow flags, preventing anybody from improving.

So it was Ilott who became Formula 2’s first multiple polesitter of the season. Lundgaard was alongside him ahead of an all-British second row of Aitken and Ticktum. Luca Ghiotto was fifth ahead of former teammate Guanyu Zhou. 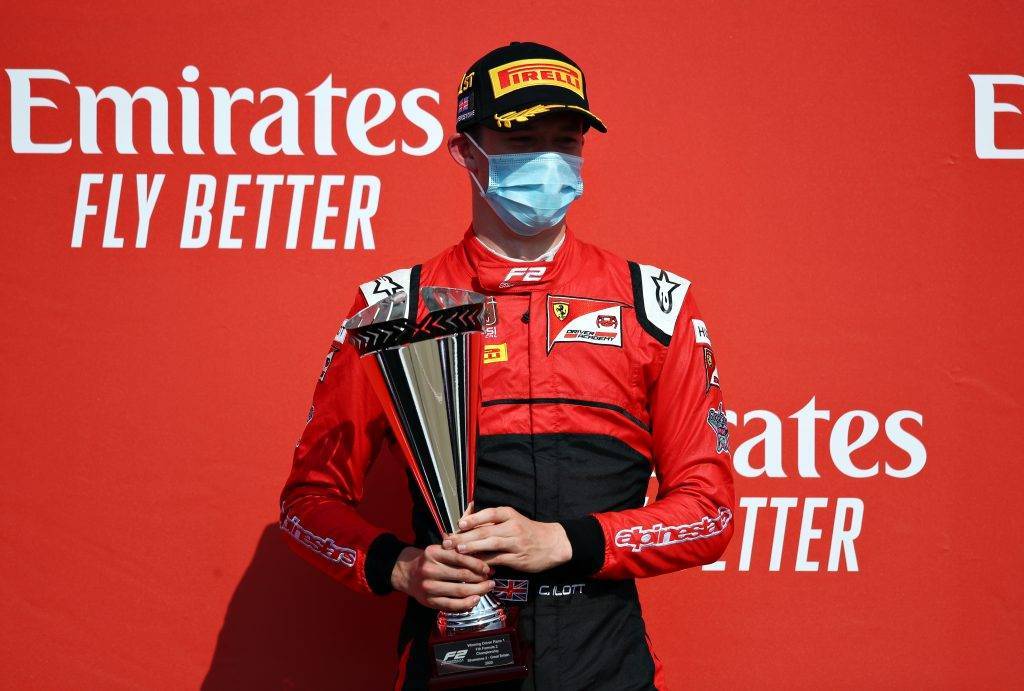 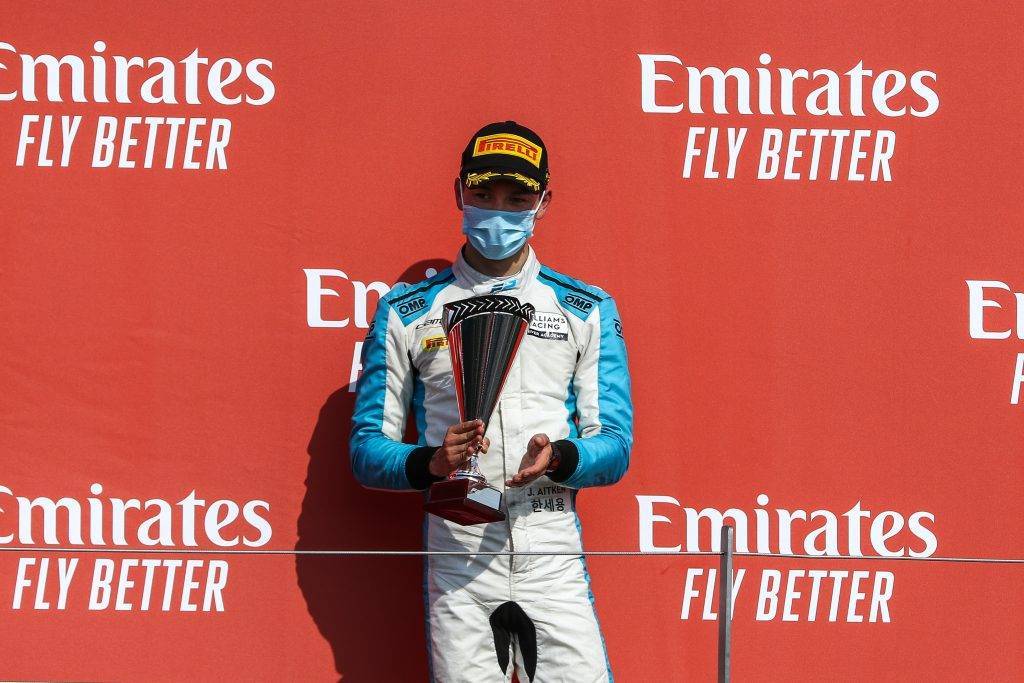 As the lights went out on Saturday, Ilott got a clean getaway to lead into the first turn. Behind him it was Ticktum who got the better start, jumping Aitken and Lundgaard into P2.

Ticktum came under pressure from Lundgaard, and went off the road at Chapel. He lost out to not only Lundgaard, but also Aitken as a nightmare day began.

Ilott held a strong lead, and it was even larger following the first pit-stop phase. The UNI-Virtuosi star came out down the order, but behind only those on the hard tyres.

Out in the lead was Schumacher, with Nikita Mazepin close behind. The pair battled last week but unlike seven days before, Schumacher kept the Russian behind.

Ticktum’s horror afternoon continued as he was passed by a swathe of cars, including Deletraz and Tsunoda.

Schumacher emerged from the pits behind the DAMS, and pulled off a stunning move through Becketts to take the position.

After being frustrated earlier by Schumacher, Mazepin made the most of his new tyres and attacked Schumacher. The Hitech driver got a better run onto the Hangar straight and made the move, although Schumacher made him take to the grass to complete it.

Mazepin made it to fourth, passing Deletraz, whilst Schumacher lost out to Tsunoda.

But nobody was in the same class as Ilott, who took his second victory of the season ahead of Lundgaard and Aitken. Shwartzman had a quiet race but managed to secure reverse grid pole, having crossed the line in P8. 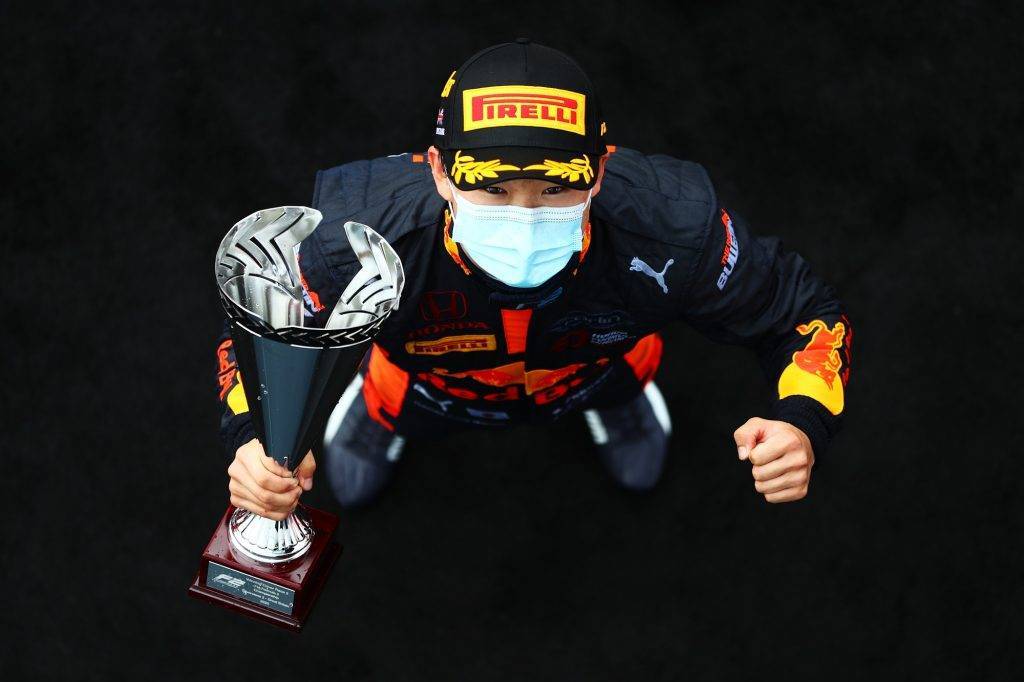 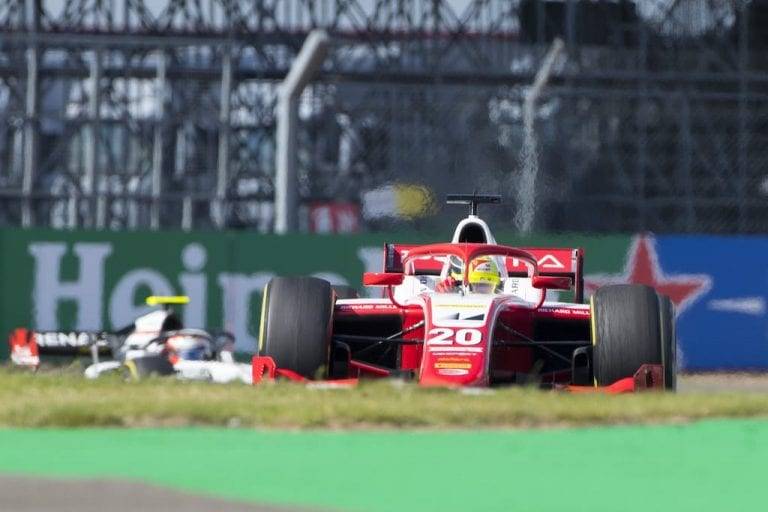 Sunday saw another gripping race as the 22 drivers lined up for the sprint event.

An all-PREMA front row saw Shwartzman lead from Schumacher, who closely followed his rookie teammate in the early stages.

Saturday’s podium sitters Aitken and Lundgaard both made strong starts, picking up two positions each.

Schumacher made a mistake at Brooklands, losing time to Shwartzman. The two-time winner this season was allowed to breathe, for now.

Lundgaard’s P2 on Saturday saw him stay in the mix for the title, but he soon started struggling.

The ART star began to complain of tyre degradation and quickly lost a position to Deletraz.

UNI-Virtuosi had the pace at Silverstone last week without getting much reward, but this week they were determined to make it count.

Firstly, Ilott barged his way past Mazepin for eighth, before Zhou bravely swooped past Lundgaard to take P6.

By now Lundgaard was struggling, losing out to Ilott after running off the road at Abbey. Half a lap later, his front left blew and he was forced to pit, ending his points charge.

Despite being comfortable out front, Shwartzman began suffering tyre wear issues as well. This invited pressure from Schumacher behind, and the German had Tsunoda for company.

On Lap 19 of 21, Schumacher made his move, taking to the outside of Brooklands. He turned in, but unfortunately his teammate was in the way and they made contact.

The collision allowed Tsunoda to sneak through on the inside, gifting him the lead. Shwartzman had damage, but Schumacher appeared to come out of the tangle without a problem.

However, he didn’t have enough pace to chase down Tsunoda, who took his maiden F2 win, just a few weeks after he lost out in Austria.

Shwartzman’s damage cost him, as he fell through the field and out of the points, eventually finishing way down in 13th.

Aitken also benefitted from the accident, moving up to third for his second podium of the weekend.

Deletraz fought off a late attack from Zhou for fourth, with Ilott P6. Ticktum rescued two points from a difficult weekend ahead of Mazepin in P8.

A brilliant weekend for Ilott and a disappointing one for Shwartzman sees the Brit take the title lead. He becomes the first to move into triple figures, sitting on 106 points.

Shwartzman looked imperious following Round 3 in Hungary, but the last two weeks have shown he isn’t unstoppable. A meagre four points from four races in Silverstone also sees Lundgaard hop in front in the standings.

The Dane sits on 87 points, with Shwartzman two further back. Trailing them is a tight group of drivers, with Mazepin, Deletraz, Tsunoda, Schumacher, Zhou and Ticktum separated by just 12 points.

A strong performance from any of these drivers next week in Catalunya could catapult them into title contention.

As far as the constructors’ standings are concerned, UNI-Virtuosi extended their lead over PREMA to 21 points.

The gap could have easily been closer. If Shwartzman and Schumacher had finished first and second, just two points would have been the difference.

Every weekend Formula 2 teaches us that nothing is guaranteed. Eight winners in ten races tells you just as much. The margins are fine and the consequences huge and we can’t wait the see it all again in Spain in just a few days’ time. 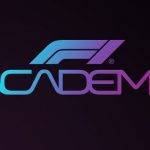 F1 Academy- What We Know So Far 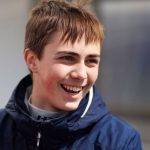 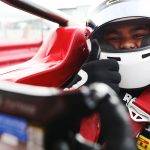 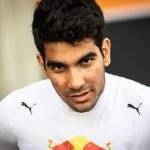 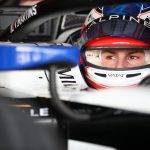 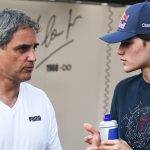 It was an action packed weekend again at Silverstone.

Not as dramatic as some but we are sure Artem was smiling with this sweeeeeeet double pass on the straight!

The @ArtemMarkelov6 School of Driving™?

LESSON 1:
Why overtake one car when you can overtake two?#F170 ?? #F2 pic.twitter.com/z4ONBXIAdH

We will be naughty this week and give ourselves, Alex Jacques and Juanma Correa a shout out! Lets hope we get to see this commentary match making come true! 💙

Just approval from the folks @F1 / @FIA_F2 MTC and you can print off those notes you have been making ?

Rather than interesting stat's you can just give viewers the gossip on the Drivers ? #Formula1 #Formula2 #RoadtoF1 pic.twitter.com/m8wu1g2HCc

A great day for UNI-Virtuosi.. Nearly not a great day for Christian Lundgaard as he had the bubbly spin towards his head 😆 #ButterFingers  🙌🏻

The Dane 🇩🇰 however, had to make top spot this week with “Lundgaard Radio” in every session. Alex Jacques said he was the “Un-Official Third Commentator” this weekend 😆

We could stay tuned to Radio Lundgaard all year long ??#F170 ?? #F2 pic.twitter.com/WBN4me6BHO 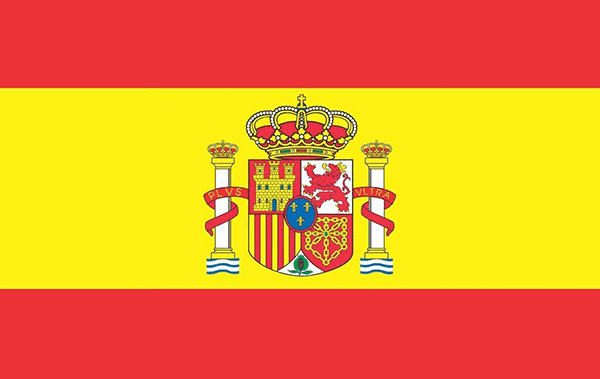 NEXT EVENT: ROUND 6 – Barcelona, Spain. (Click here to see the weekends schedule) 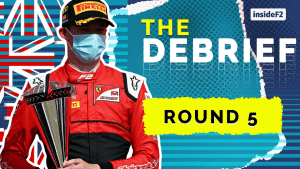