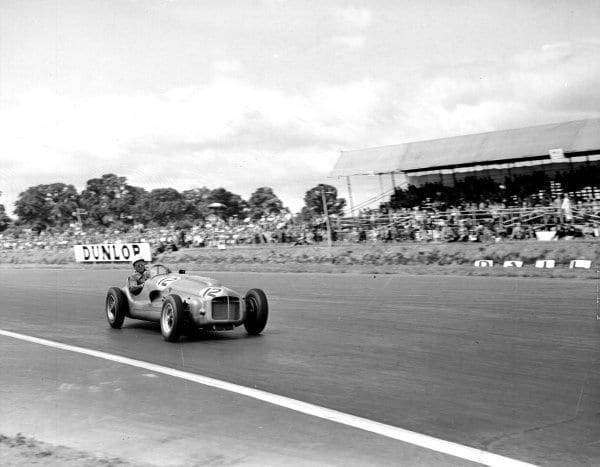 While Formula 1 prepares to celebrate their “70th Anniversary Grand Prix” in Silverstone this weekend, it is also the feeder series (like Formula 2) who have something to remember from the annals of history, on this occasion.

During the first ever F1 World Championship race weekend, held in Silverstone during May 1950, the on-track action saw also the participation of support races with what can be considered effectively a F3-spec car of the time. One of these cars was driven by Sir Stirling Moss, widely considered to be the best driver never to win a F1 championship.

Moss was at the beginning of his long and diverse racing career in 1950, despite his father trying to make a dentist out of him. A racer at heart, Stirling Moss would take part into the first ever Grand Prix weekend with a Cooper race car he bought (on credit) a couple of years before.

According to the F1 website, Moss won his heat and was in the fight for the final victory, before a piston failure at the very last corner forced him to finish in 2nd place. Full of talent, courage, and grit, the Englishman would go on to achieve 16 victories in Formula 1 over the forthcoming years.

He, however, would continue to take part in many of the support races throughout his racing years. As a matter of fact, this practice was well-established in the ’50s and the ’60s. Another great British driver, Jim Clark, would usually take part in F2 races as well as F1. It was during one of these races, in 1968, that he met his untimely death at the Hockenheim circuit, in West Germany.

Ever the faithful companions to Formula 1, the feeder series have evolved in their role over the years. These days, they are primarily used as a way for young and upcoming talent to show their worth in front of the “big guys” in F1. The history of such series, however, is as fascinating and prestigious as any other in motorsport, full of rivalries, tragedies, and stories of incredible success.

Stay tuned on insidef2.com to be part of this history, together with us. 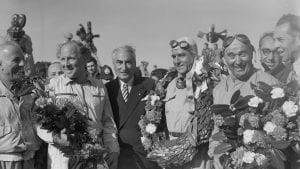