Round 01 - The Bahrain International Circuit

The first round of the 2021 Formula 2 season will be held in Bahrain at the Bahrain International circuit. This brilliant facility first hosted a Formula 1 Grand Prix in 2004 and has produced some great action in F2 over the years.

The 3.3-mile circuit has a great flow with many high-speed corners and long straights. The heavy braking zone of Turn 1 presents the best overtaking opportunity of the track. Drivers will look to use the DRS along the main straight and make a pass into the hairpin of the first corner.

The switchbacks of Turns 2 and 3 are critical for lap time and important if you need to attack or defend into Turn 4. Further round the lap, Turns 6 and 7 present a challenging, quick chicane as the track sweeps downhill. The rest of the circuit seems super fun to drive too with a mix of technical corners like Turn 10 and quick corners like Turn 12 pushing the car and its driver to their limits.

Bahrain has also produced some of F2’s most memorable moments, none more so than Charles Leclerc’s stunning victory in the 2017 Sprint race. The Monegasque started sixth but quickly found himself leading the race. The Prema driver decided to box for new tires with 8 laps to go dropping him down the order the fourteenth. What followed was one of the most amazing performances in F2 history with Leclerc storming through the field sometimes passing two cars per lap to claim a magic victory. 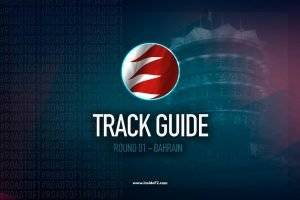