Round 4 of the F2 Championship will be hosted By Silverstone in Britain. Silverstone is draped in history having hosted the first ever Formula 1 Grand Prix in 1950 and has been a mainstay on the F2 calendar since 2005. The track is 3.6 miles long and is home to some of Motorsports most recognisable corners including Copse, Maggots and Becketts. Silverstone is super fast and spine tingling it always creates good racing. Over the years Silverstone has produced some magic moments in F2 such as Lewis Hamiltons dominant double victory in 2006 and more recently in 2020 Yuki Tsunodas magnificent Sprint Race win at the 70th Anniversary Grand Prix weekend.

The Silverstone Circuit has changed drastically over it’s 71 year history as a World Championship event venue but still holds that original magic. Corners such as Copse, Becketts and Stowe were featured in the 1950 layout and still remain today.

The modern track is a real challenge with plenty of high speed corners including Turn 1 at Abbey which is taken flat out in sixth gear. Turns 6 and 7 are also incredibly quick with Turn 6 at Brooklands feeding the car into the long right hander of Turn 7 at Luffield. The track also features 2 DRS zones along the Wellington and Hangar straights encouraging overtaking into Brooklands and Stowe. 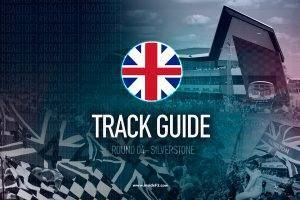