The Sochi Autdrom in Russia plays host to the sixth round of this years F2 Championship. Sochi Is a fairly new circuit having hosted its first Formula 2 event in 2014.

The Circuit is 3.6 miles long and surrounded by venues used in the 2014 Winter Olympics such as the Fisht Olympic stadium and the Bolshoy Ice Dome.

The Sochi Autodrom is an 18 Turn Circuit and features some of the most unique corners on the F2 calendar. Chief among them is Turn 4 which is a long and very quick left hander.

Further round the lap the final sector is very tricky with plenty of off camber corners such as the Turn 15 and 16 chicane. Sochi also features 2 DRS zones along the main straight and the back straight which precedes Turn 13.

Some of the Sochi Autodroms most memorable moments include Nyck De Vries winning the F2 championship at the circuit in 2019. The Dutchman dominated the weekend and took a win and second place. 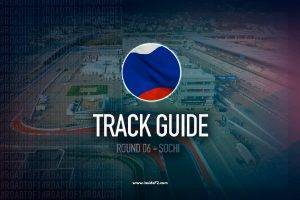