Trident are one of the veteran teams in Formula 2, and they are based in Piedmont, Italy. Their first season in the category was in 2006 when it was still called GP2. Since then they have never managed to secure anything better than a 5th place in the TeamsChampionship.

In recent years, since the series has been reformed to become Formula 2, Trident has always qualified 10th in the Teams Championship.

Trident is also involved in GP3 first, and Formula 3 later. They have enjoyed a greater share of success there, with three runner-up places in the Teams Championship in 2015, 2017 and 2018, launching the career of talents like Luca Ghiotto and Antonio Fuoco.

During the 2019 FIA Formula 3 season Trident scored a win with 2020 Formula 2 driver Pedro Piquet at Spa-Francorchamps.

The team has been founded by the Italian Maurizio Salvadori, an entrepreneur involved in the show business with a passion for motorsport. Building on that expertise, Mr. Salvadori has created a team that is able to focus not only on the racing activities but also in communication and sponsor relationships.

Furthermore, Trident has also developed an advanced simulation centre, in order to offer training and better race preparation to their drivers.

Looking at the 2020 Formula 2 season, Trident has confirmed a brand-new driver lineup with Roy Nissany and Marino Sato to try and move the teamâ€™s position from last in the championship.

The 25-year-old Israeli-French driver has been under the spotlights during the past few months, after having secured a role as Test Driver with the Williams Racing Formula 1 Team. He comes back to Formula 2 after one year of inactivity.

During his maiden F2 season in 2018, he scored one point and finished 22nd in the Drivers Championship. This year, he will have to manage his double role as a tester for Williams, and full-time driver for Trident.

He has already tested a Formula 1 car twice in his career, first in 2014 with Sauber, and last December at post-season testing in Abu Dhabi, with Williams.

For 2020, he will take part in three F1 Grand Prix weekends, likely in Friday morning practice sessions, as well as one of the test days dedicated to F1 rookies.

20-year-old from Japan, will participate in his first full Formula 2 season in 2020. Last year, after winning the Euroformula Open Championship with 9 wins in 18 races, he has also competed in the final three rounds of Formula 2 with Campos Racing.

Undoubtedly, this experience will benefit him in the upcoming season, where he will be pressured to show good performance in an FIA-sanctioned championship.

The team managed to put a good amount of laps under their belt during the pre-season testing in Bahrain. While there was no pressure to register impressive lap times, it is important for both drivers to get back into the cockpit, and gain precious mileage before the season opener.

It seems unlikely that the team will be able to challenge their competitors for the final win in the championship. Last year, they were the only team not to score a podium during the whole season.

Trident can, however, leverage on the energy and hunger for the success of their two new drivers to reach a few good results in what seems to be an exciting season ahead of them.

What kind of year will Trident have in 2020? Are they going to move away from 10th in the Teams Championship? Let us know on Twitter @F2inside 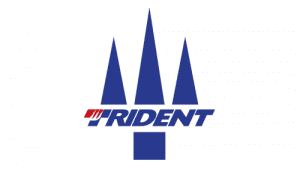