Both of their drivers ended the 25-lap FIA Formula 2 session outside the points. The results weren’t what the team needed right now, as they fell back to fifth in the Teams’ championship.

With no points added this weekend on home soil, the Feature Race is now their last hope to eat into the ten-point lead that PREMA has over them.

Neither driver had any experience at the Autodromo Internazionale Enzo e Dino Ferrari in F2 machinery. However, Richard Verschoor showed some pace in free practice, finishing the first run of the weekend in P8, eight places higher than teammate Calan Williams.

Ricci admits that neither of his two drivers found any immediate connection with the newest addition to the F2 calendar, and he’s finding it difficult for the team to adapt quickly.

He stated, “Today’s results were clearly conditioned by the less than incisive qualifying session. Our drivers did not find the best chemistry with the Imola track, returning to the series after a long time.

“After the short free practice session, the team made some technical choices that did not pay the desired dividends, which affected the qualifying results.”

However, the pair did show progress as they took a brace of top 15 places on Saturday’s Sprint Race. Verschoor climbed up to P13 from 17th in the early stages of the race as his teammate slotted in behind him. However, they struggled to gain places afterwards and finished P13 and P14.

Ricci believed it was almost impossible to overtake on an old-style and narrow track like Imola, which gave them a challenging situation that didn’t see them take the expected results from the two days of action in Italy.

He added: “I think that both Verschoor and Williams performed at higher levels in the Sprint Race than on the day before, but overtaking is always quite rare at Imola, especially when the cars run in trains with the DRS activated.

“We will have to make the most out of our strategies tomorrow and take every opportunity that will arise in the Feature Race to try and recover.”

The Trident stars will now look forward to the final session of Round 3, with the two starting the Feature Race on the tenth row, as Verschoor takes 19th and Williams on 20th behind the Dutchman. 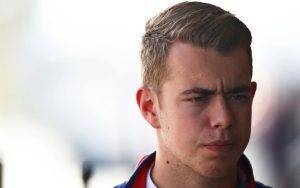