Trident and the FIA Formula 2 Championship will return to action in Silverstone, the home of British motor racing.

The venue, located in Northamptonshire, plays host to Round 4 to complete the first half of the 2021 season. However, Trident is aiming to carry on with their growth so they can secure valuable points.

The team will line up on one of the fastest and most technical locations in racing to highlight the middle part of the year, coming back to Europe. Fans will be in the grandstands, which will help to improve and warm up the atmosphere.

At 5.981 kilometres in length, Silverstone is known for being fast and providing high loads. There are 10 corners to the right and eight to the left and several passing opportunities among them.

However, Silverstone tends to be hard on the tyres, with a Medium-Hard compound choice being used for the first time. The two drivers, Bent Viscaal and Marino Sato will want to claim points to confirm their encouraging and improving trend.

Viscaal achieved his first points in Baku with fourth place in Sprint Race 2. The Dutchman will make his Silverstone Formula 2 debut, but he raced there in F3 last year.

Sato, who gained experience last year in Silverstone, is looking to climb into the points for the first time since finishing eighth in the opening race in Bahrain.

Giacomo Ricci, Trident Team Manager, said: “The FIA Formula 2 Championship will be back after more than a month with a pivotal round in the UK, on a classic and challenging track which provides strong motivation as we complete the first half of the season.

“We expect Sato and Viscaal to provide solid and consistent performance in order to come away from one of the fastest and most technical circuits of the season with good results.

“The technical staff of Trident Motorsport will give their full energy to support them. The preparation work was thorough; now, the word goes to the track. We absolutely want to improve our position in the team ranking.”

The goal for Trident is improving the team’s position in the championship standings with good results throughout the weekend.

The Formula 2 action will start on Friday with the practice and qualifying session ahead of the Sprint Races on Saturday and the Feature Race on Sunday. 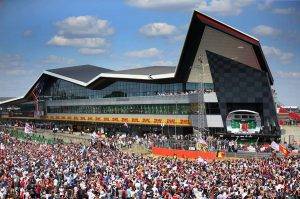