The Milan based team are aiming to increase their points tally this weekend as the Sochi Autodrom plays host to Round 10 of the Formula 2 Championship.

With Roy Nissany on five points, and Marino Sato with just one, the break between race weekends will have given the team and drivers the rest they need to refocus.

The season thus far has been frantic and a lull in proceedings is what the doctor ordered before the final push to the end of the season.

A reverse grid pole position at Spa-Francorchamps and two fastest laps during Round 2 has boosted Nissany’s position in the standings.

The Israeli driver qualified in P5 at Monza and the Trident team are hoping for more of the same In Russia.

This season has seen the driver standings shuffle like a pack of cards and the final finishing order is very much anyone’s to take.

Nissany and Sato still have the opportunity to climb higher as the Formula 2 season nears its end.

Finishing in 22nd place in his 2019 Formula 2 campaign, the Williams academy driver will be pushing to maximise his points this weekend.

Nissany has received a boost recently with his test drives for the Williams Formula 1 team.

Just two weeks ago at Mugello, Sato finished an impressive eighth in the Sprint Race to receive his first point of the season.

“The team is going through a good moment of form, as shown by the positive runs of Roy Nissany and Marino Sato, especially starting from the Spa-Francorchamps race.”

”Our goal in Russia is to confirm the growing performance and improve our position in the standings, which does not respect our competitive potential.” 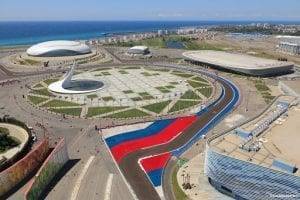