Following a well-deserved break after racing in the fascinating streets of Monte Carlo, the FIA Formula 2 Championship continues in the streets of Baku, Azerbaijan.

Trident Motorsport feel like they stand a chance to score points at the Azerbaijani track after failing to do so in previous rounds.

“Our goal for the trip to Baku is to return to the levels of the beginning of the season.”

Ricci believes a comeback is necessary for the Trident team after the disappointing results from the prior rounds.

“After three rounds without any of our drivers in the points zone, a strong reaction is needed.”

Ricci does think, however, that the Baku street circuit will be challenging for both Trident drivers, Verschoor and Williams.

“Baku is an atypical track because it features sections with very different characteristics. It is an interesting challenge both technically and for the
drivers.”

According to Ricci, not only the track layout can impact the Trident drivers’ performance. He assumes the weather forecast can also play a crucial role.

“We have really slow sections and some very fast ones there. In addition, performance can be affected by wind.”

When comparing the Azerbaijani track to the streets of Monte Carlo, Ricci does mention that, despite the overtaking opportunities in Baku, a good qualifying session will be essential for the Trident drivers.

“Unlike Monte Carlo, Baku gives room for overtaking. However, as is often the case, it will be crucial to start at the front.”

When predicting the possibilities for the Trident drivers this weekend, Ricci believes they could do well if the drivers perform to their full potential.

“We have the potential to do well, we will need to be on top of our game to extract the maximum performance!”

The Baku race weekend will kick off with Free Practice and Qualifying sessions on Friday. The on-track race action is set to happen during the Sprint Race on Saturday and the Feature Race on Sunday. 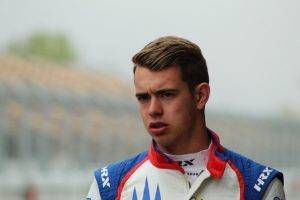