Motorsport to return from July 4th

Motorsport to return from July 4th

The UK government has issued a promising statement regarding the resumption of motorsports on the 4th of July.

Motorsport UK has published information following guidance from UK lawmakers that “when the conditions were right, we would take a responsible decision to resume motorsport in order to sustain the sport, jobs and the economy.” commented David Richards, chairman of Motorsport UK.

To host such a sporting event with or without spectators organisers would normally submit an application for approval via the gov.uk website especially if it involved use or closure of public roads. In a similar fashion, organisers would do this for private circuits and from the 1st of June the application process was re-opened in preparation for possible events in July should the government’s predictions that all criteria have been met to allow the continuation of eased lockdown restrictions.

In mid-May they had previously announced their intentions for the resumption of the sport, stating, “Motorsport UK has been considering how to restart the sport, within the parameters set out by government and healthcare authorities.”

The work carried out has taken into consideration the obvious advantage it has on others such as ball sports; “Motorsport, unlike many other sports, takes place in large outdoor environments, so that with practical measures in place, much of motorsport should be able to resume, provided modifications are made to many of the sport’s established protocols.”

The venues as many expect will be spectator-less and social distancing measures would only need to be applied to the event staff, “We have explained our plans to the government and are fortunate that motorsport takes place outdoors over large controlled spaces.”

This is good news for motorsport fans and sports supporters in general if event permits are granted and all other safety measures are deemed to be safe and in accordance with government guidelines on how to manage COVID-19.

One previous concern was the latest update to travel in and out of the UK border, Primister Boris Johnson announced last month that air travelers into the UK would soon be forced to self-isolate for a 14-day period after arrival.

This posed a massive issue for Formula 1 with seven of the ten teams situated in the UK and even more when you add in the Formula 2 and Formula 3 teams.

However, it has now been announced that FIA representatives and Formula 1 management had positive discussions with the government to be coronavirus-safe by testing all staff before travel, then every two days while they are out of the country and keeping teams apart from each other at events. The proposed scale of testing and pre-caution has reassured the government that FIA events will be granted exemptions to the above-mentioned policy.

With the resumption of racing and therefore televised events, broadcasters would need to have similar restrictions lifted on its operations. Last month gov.uk had issued the new industry guidelines for broadcasters. The guidance covered all key areas for assessing risk or considering controls, including travel, working patterns, equipment, first aid and mental health.

“This guidance provides production companies and broadcasters with a shared set of principles to keep staff, cast and crew safe across a range of productions. We will continue to work closely with our international partners, share best-practice and continuously review and evolve the guidelines as we return to production” stated Sky Studios CEO, Gary Davey.

So with all that being said, we look now to have some firm footing on how and when motorsport can resume in the UK at least. This is positive news for race fans and with no delays expected in the commencement of Formula 1 next month in Austria we look set for the proposed schedule we published last week to proceed. (Check out our proposed calendar for 2020 here)

What do you think of the latest announcements? Do you think we are ready for the sport to return? Comment @F2inside on Twitter 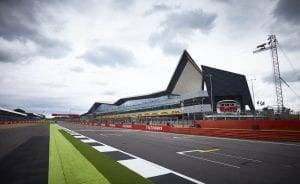