UNI-Virtuosi Racing came second in the team’s championship last season with their drivers Luca Ghiotto and Guanyu Zhou. This year the team have retained Guanyu Zhou and have paired him with Callum Ilott, both of whom are entering their second season.

The pair have been racing each other since the karting days and when they were both in the old Formula Three series they were part of the same team and at one stage part of the same academy. According to Guanyu Zhou in a video on Twitter the pair get along well both on and off the track.

"I've spent way too much time with him already!" ?

Who else is looking forward to seeing @callum_ilott and @gyzhou_33 making mischief again in 2020? ?#F2 #RoadToF1 pic.twitter.com/4h5Qf1HE5G

Both drivers participated in the postseason test in Abu Dhabi in 2019. They performed well, with Ilott, who managed to adapt well to his new team, setting the third-fastest time and Zhou setting the sixth fastest time, despite focusing on race pace.

For 2020, they will run two different liveries for their drivers. Guanyu Zhou will race in a yellow car, for his Renault backing, and Callum Ilott will get a red liveried car, for his Ferrari backing.

After a successful postseason test in 2019 and preseason test in 2020, UNI-Virtuosi will be hoping to take a driver to the championship while also becoming the team’s champions, hoping they can better their results from last season.

Guanyu Zhou will continue with the UNI-Virtuosi Racing team for 2020. This is the team he made his debut with last season to finish seventh in the drivers’ standings.

On his way to seventh, the Chinese driver took five podiums and a pole position placing as the highest placed rookie in the standings at the end of the year. He was then honoured at the 2019 F2 prize-giving ceremony with the Rookie of the Year award.

Along with the Formula Two series in 2019, Zhou was part of the Renault Sport Academy and was the development driver for the F1 team. He also got his first test in Formula One machinery, the 2017 Renault car, the Renault R.S. 17.

Before Formula Two, Guanyu Zhou raced in a few different series. 2015 was the Chinese drivers first season in single-seaters and he started in the Italian Formula Four Championship where he came second, with three wins and nine podiums. He also took part in the ADAC Formel Four series where he came 15th claiming only one podium.

2016 saw Zhou entering a couple of different championships and entering the Macau Grand Prix for the first time, where he came 15th. He participated in the Toyota Racing Series New Zealand where he came 6th with one win and four podiums

Guanyu Zhou also raced in the old Formula Three series in 2016, 17 and 18, where he came 13th, eighth and eighth. In those three years he claimed 13 podiums and two wins most of which were with the dominant Prema team.

Alongside his second season in Formula Two, 2020 will also see him take on the role of test driver for the Renault team, his role includes the obvious testing as well as attending race weekends and getting time in the simulator. Following COVID-19 and the changes to race weekends we are still unsure how this will impact his chances of getting any practise sessions.

Going into his second season, and having such a big opportunity with Renault, the pressure is on for the Chinese driver to claim some good results and win the championship if he is hoping to carry on up the ladder and get to F1.

Proud to announce that I will be joining @VirtuosiRacing for the 2020 @FIA_F2 season. Looking forward to getting started with the team next week ??#F2 #VirtuosiRacing pic.twitter.com/Pbfs3Ifgyj

Callum Ilott will spend the new Formula Two season driving for the UNI-Virtuosi Racing team hoping that the British outfit will continue their run of good form from last season. He will also be hoping that this year he can claim his first win early on to build momentum for his championship battle against a strong field.

The British driver is entering his second season in Formula Two after racing with the Sauber Junior Team by Charouz last year. On his way to finishing 11th in the championship, the driver, who is backed by Ferrari, claimed two podiums and a pole position.

Alongside racing in Formula Two last year, Ilott got to drive Formula One machinery in the post-race official test at the Circuit de Barcelona-Catalunya, Spain in May. This was with the Alfa Romeo Racing team where he got to test the C38 car.

The 21-year-old became the first British driver to join the Ferrari Driver Academy towards the end of 2017 and, with their help in 2018, he joined the GP3 championship as it was known at the time, taking a drive at the ART Grand Prix team. After claiming seven podiums in seven consecutive weekends, Illot came third in the championship, having taken the fight for the championship down to the penultimate round.

Before he was a part of the Ferrari Driver Academy, Ilott was a Red Bull junior driver and started his single-seater career in the old Formula Three series when he was just 16, going straight from Karts to the old F3 series. Unfortunately for him, he got dropped by the programme after only one season after finishing on the podium once and ending the championship in 12th.

However, he carried on in the championship for two more years before being picked up by Ferrari, who don’t normally take chances on drivers who have had their motivation knocked. He was able to move across to GP3.

2020 will be a big year for Ilott who, with a year’s experience under his belt and a few Ferrari Driver Academy drivers in the field, will need to show results from early on if he hopes to impress Ferrari and get into F1.

And that’s a wrap for testing! Real productive few days with @VirtuosiRacing. Roll on round one in a couple of weeks ?? #F2 #F2Testing pic.twitter.com/tIk6iu55gq

We certainly can not wait until we get to see if Callum Ilott and Guanyu Zhou can beat the great quality of other drivers in the field and help take the step up to Formula One.

Who do you think will win the inter-team battle in what looks like the hottest pairing on the 2020 grid? Let us know in the comments 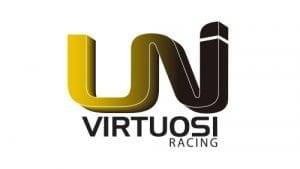