Felipe Drugovich’s title win in the 2022 FIA Formula 2 Championship last round at Monza was a popular one in the paddock even if the outcome was widely expected.

One man with a unique insight into Drugovich is Frits van Amersfoort, the boss of Van Amersfoort Racing (VAR). Before joining the F2 and F3 paddock this year, VAR was a powerhouse in Formula 4, most recently taking Ollie Bearman to both the Italian and ADAC F4 titles in 2021.

Back in 2017, a young Felipe Drugovich had joined VAR for his sophomore season of F4 racing. Just a few days before his birthday on May 23, Drugovich took his first victories in the category by winning Races 2 and 3 at the Lausitzring. That set him up for a title challenge, which he sustained with four more victories across the following four rounds. 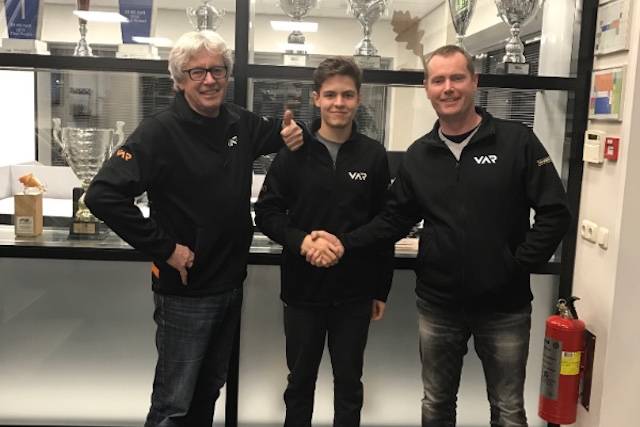 Drugovich was locked in a three-way battle with Prema Powerteam drivers Marcus Armstrong and Jüri Vips entering the final round at the Hockenheimring. Drugovich surged from third to first after winning the opening round, but then disaster struck before Race 2. Lining up second on the grid, Drugovich encountered a technical problem that dogged him throughout the race and forced him to retire at a pivotal moment.

“He was waiting for the green light and then the engine died,” Van Amersfoort explained to InsideF2.

The problem put Drugovich on the back foot, and despite finishing fifth in Race 3, he fell back to third overall behind new champion Vips and second-placed Armstrong. While Vips and Armstrong only took two and three wins respectively, they only had three non-scores between them – a level of consistency that Drugovich, with six non-scores, was far from obtaining.

For 2018, Drugovich stepped up to Euroformula Open with Italian outfit RP Motorsport. He dominated the championship, winning 18 of 20 races and finishing second in the other two in a near-perfect year.

“I knew Felipe was always fast in our F4 car. He was fast the year after in EFO. We tried to keep him, but he chose another way,” Van Amersfoort said.

Drugovich’s career since then took a variety of turns, some of which proved to be setbacks for the Brazilian driver. A year in FIA F3 with Carlin yielded little in the way of results, but a breakout year in F2 with three wins for Dutch team MP Motorsport elevated his stock once again.

Then came a challenging sophomore season with UNI–Virtuosi in which he failed to win a race while teammate Guanyu Zhou took several victories and moved up to Formula 1 for 2022.

Drugovich reunited with MP in 2022 and finally claimed that title at the penultimate round of the season. Crucially, he built his championship charge on consistency, the aspect of his game that doomed his 2017 ADAC F4 campaign.

“I’m very happy that he now won this championship, and I think he’s a great driver, a great talent, so I wish him all the best,” Van Amersfoort said about Drugovich. “Dutch motorsport is on a high these days.”

Overseeing Drugovich’s performance from the paddock for the first time since that 2017 season, Van Amersfoort compared the new champion to another driver on his way to a 2022 title – defending Formula 1 champion Max Verstappen, who raced with VAR in 2014 in European Formula 3.

“You can’t hide talent. Talent is talent. Verstappen would have been champion in another team as well,” Van Amersfoort said. “I like [Drugovich] as a human being. I like also, I must say, the people around him I see from year to year. [They’re] always nice people to meet, so I’m really happy for them.”

Drugovich is headed to the F1 paddock next year as a reserve and development driver for Aston Martin. 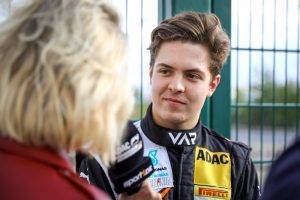