Red Bull junior Jüri Vips will make his Formula 2 debut in Spa Francorchamps next week for DAMS where the Estonian will replace the injured Sean Gelael who is out with injury.

The highly-rated Estonian who won three races last season in Formula 3 and was runner up in the Macau Grand Prix driving for Hitech Grand Prix was due to have a full season in Super Formula before COVID-19 and restrictions on possible non-entry to Japan from foreign nations causing Vips to miss the opening round in Motegi.

Vips is also having a brief spell in Formula Regional to get him up to the required amount of super licence points in order for him to be able to race in Formula 1 with the Estonian in the running for the second Alpha Tauri seat alongside fellow Red Bull juniors and Formula 2 race winners Yuki Tsunoda and Sérgio Sette Câmara.

DAMS called Vips up in the wake of Gelael being ruled out of the second half of the 2020 season with Vips being confirmed for at least the next three rounds at Spa, Monza and Mugello as he hopes to gain experience in a Formula 2 car in Belgium.

The Estonian talked of the challenge ahead of him as he aimed to get a good haul of points for DAMS alongside teammate Dan Ticktum.

“I’m very thankful and happy for the opportunity that DAMS has given me. I know it’s going to be really difficult to just jump in with more than half the F2 season already completed, but I will do everything I can to give the team as strong as a result as they deserve. I’m also looking forward to working alongside Dan, who I’m sure will help me get up to speed, and we will aim to get good points for the team.”

“Obviously, I’m pretty gutted that I am sidelined for the coming races. I hope that Jüri looks after my baby and I wish him well and the team all the best as they head into the second half of the season”.
_
Team owners Gregory and Olivier Driot sons of the late Jean Paul Driot talked of the difficulty of choosing a replacement driver for Gelael with the duo confirming that Spa will be more of a testing weekend for Vips rather than a full assault for the race win.
_
“It’s always difficult for a team to have to change a driver during the season, especially in the way it’s happened. Sean is very well integrated and close to every member of DAMS, so this hits us hard. Nevertheless, we have to push on and ensure Dan has a good team-mate for the upcoming races. We have the pleasure to bring on board Jüri Vips, who’s a very talented driver and has shown his pace in the junior categories. It will be difficult to get started because he’s never driven in F2, so Spa is going to be more of a test than a proper race weekend. He will have good support from the team, the engineers and Dan as well, so we hope for a strong start to the second half of the season.”
_
Vips will only be the Estonian to race in the second tier of motorsport following in the footsteps of his manager and 2007 British Formula 3 champion Marko Asmer who had a thirteen race campaign for FMS International in the 2008 GP2 championship where he achieved a best finish of eleventh.
_
We at InsideF2 welcome Jüri to the Formula 2 grid and wish him good luck for the upcoming weekend at Spa.
_
Credit: Dams Press Release
Image:  Red Bull Content Pool 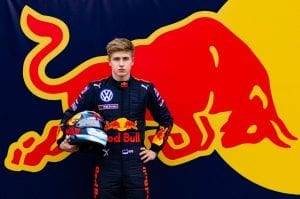