Jüri Vips stepped into the Formula 2 fold last weekend at short notice to deputise for the injured Sean Gelael.

Vip’s is known for his pace and race craft, he was lighting up the Feeder Series online chat rooms as his announcement came through. Many fans believe he should have been on the grid anyway.

For one reason or another that wasn’t the case but the Estonian now has his chance to shine.

The Red Bull Junior driver had an eventful first weekend in Spa-Francorchamps as he missed Qualifying and spent the rest of the weekend getting to grips with the new Formula 2 machinery given to him by the established DAMS outfit.

Commenting on his performance last week he said,“I am very thankful for the opportunity DAMS gave me. I was surprised the pace was so good, given it was my first experience of the car, but we didn’t really get the results we should have because of a few small errors on my side that had very big consequences. We were matching the cars ahead of us, it’s just a shame we couldn’t take part in qualifying but it was a good learning experience. If we eliminate the small mistakes then we will be right up there.”

He joins his fellow Red Bull Juniors Yuki Tsunoda and Jehan Daruvala in Monza as they all look to make their mark on the weekend for their own reasons.

Vips spoke honestly about his chances this weekend, “Monza is not my favourite track but it should be OK, I’m not worried about the car or anything, the DAMS guys know what they are doing, I just want to do a good job from my side,”

“I was not happy with Spa, OK so it was the first weekend maybe but still some of the mistakes I did were for me unacceptable, so I just aim to do a good weekend from my side at Monza.” said the 20-year-old Estonian.

He will look to fire himself up ahead of what will be a fast paced Monza as all the cars plunge down to the first chicane with DRS wide open.

Do you think Vips has a chance to get on the Podium this weekend? 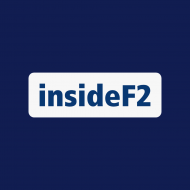 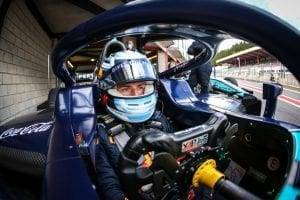