FIA Formula 2 driver, Jüri Vips, appears relaxed and positive ahead of this weekend’s races in Monte Carlo, despite unfavourable results last time out in Barcelona.

With the F2 sessions being spread across four days, starting today, with Free Practice, Friday’s Qualifying session will also be split into two groups; Group A and Group B.

Taking a third place podium in the Principality last season, and finishing in the points in all three races, the Hitech driver will be looking to maximise his chances by qualifying in the best possible position, at the circuit where in F2 overtaking is possible, but only for the brave.

Track evolution usually improves throughout a session. However, the Monaco street circuit, isn’t one to conform, as last year saw a surprise in results:

“There’s definitely going to be track evolution in the weekend, but I’m not sure if it’s going to be better or worse than last year. There was a big difference between the first group and the second group; the first being faster – We don’t really understand why that was.”

The ambient temperature on Friday is supposed to soar to around the 82º mark. Track conditions will no doubt reflect the increasing heat:

“If you look at this year, we’re going to have a bit more rubber on the track, and maybe it will be two to three degrees higher, because that’s exactly the time of day it increases the most.

“That’s going to be worth a couple of tenths as well, to the advantage of the first group.”

Hoping the elements will increase his chances for Pole position for Sunday’s Feature Race, the Estonian added, jovially:

Which group do you think will enjoy the quickest times? 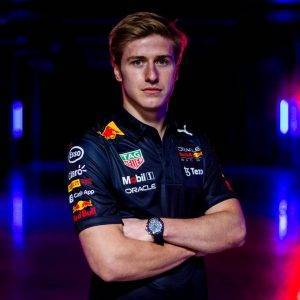