Monaco will play host to Round 2 of the 2021 Formula 2 Championship.

Last time out in Bahrain we were treated to a brilliant opening round of action which saw Guanyu Zhou have a great weekend winning the Feature Race and shooting to the top of the championship standings, the Chinese driver is currently 11 points ahead of Kiwi Liam Lawson after Round 1.

Zhou will be hoping to build on his strong start to the season at Monaco at a track he’s driven well at in the past claiming a great podium in the 2019 Sprint Race.

The Circuit de Monaco has been used extensively by F2 ever since its inaugural season back in 2005, but missed out on the calendar last year due to the COVID-19 pandemic.

Monaco is one of the most challenging circuits on the F2 calendar, home to 19 Turns including some of the most iconic Turns in Formula 2 such as Loews Hairpin and the Swimming Pool chicane.

Lowes Hairpin is also the slowest Turn in F2 and a real spectacle on Lap 1 as all 22 drivers tip toe through the Turn desperately trying not to leave any carbon fibre parts behind.

Overtaking is notoriously difficult at Monaco with just one DRS zone on the main straight heading into Sainte Devote. An overtake could also be manufactured at the Nouvelle chicane and Rascasse however the track being extremely narrow means making a pass at Monaco isn’t for the faint-hearted.

This weekends action will also feature a slightly different format to the other 7 rounds, practice and qualifying will be held on Thursday with the first Sprint Race on Friday, Saturday will host Formula 2s second Sprint Race and the Feature Race.

Monaco is a very difficult circuit and it could be made even tougher this weekend by the fact that only Zhou and Ralph Boschung have raced at Monaco in an F2 car before.

Other drivers have raced at Monaco in the past including FIA F3 champion Oscar Piastri, on his way to the Formula Renault title in 2019, the Australian claimed a solid double points finish.

Monaco has also created some epic F2 memories over the years such as Lewis Hamiltons great victory in 2006 and Anthoine Huberts magic Sprint Race triumph in 2019 showing Swiss watch like consistency to hold off Louis Delétraz.

The second round of the season could be prove to be critical in the race for the F2 championship on one of the most demanding tracks around.

So will Zhou build on his Bahrain brilliance or will someone else etch their name into Monaco history? 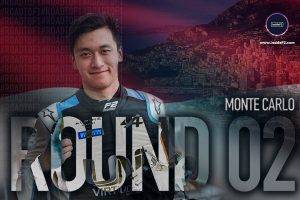