Silverstone will host Round 4 of the 2021 FIA F2 Championship.

The event will mark the halfway stage of the Formula 2 Championship and a huge milestone for Silverstone and Great Britain. The Northamptonshire venue will enjoy full crowds over the course of the weekend for the first time since the beginning of the COVID-19 pandemic.

Formula 2 has produced three excellent rounds of action so far, UNI-Virtuosi driver Guanyu Zhou currently leads the championship with 78 points and two victories to his name.

Zhou is also part of the Alpine academy and enjoyed an F1 practice session in the Alpine A521 ahead of the Austrian Grand Prix.

The battle for the Formula 2 crown is certainly hotting up, Zhou currently holds a five point advantage in the standings with fellow Alpine Academy driver Oscar Piastri in second place.

Azerbaijan proved to be a crucial weekend for the championship, Robert Shwartzman and Jüri Vips finally scored a victory in 2021 to ignite their championship challenges. While championship leader Zhou suffered a sub-par weekend in Baku only claiming 15 points over the three races.

Vips has certainly bounced back from a difficult 2020. The Estonian drove to a duo of flawless race wins in Baku, meaning the Hitech driver is firmly in the title hunt.

Silverstone will provide a totally different challenge to the twisting streets of Baku.

The 3.6 mile circuit is an incredibly quick circuit and features some of F2’s most iconic turns such as Copse and Becketts.

The track is home to 18 turns in total, the fast sweeping right hander at Stowe could provide the best overtaking opportunity during the British round of the F2 Championship.

Stowe, aptly named after the nearby Stowe school is located just after the Hangar straight.

Brooklands is also a great chance for a pass. Turn 6 on the Silverstone Circuit is shortly followed by Luffield and has produced some great action in the past.

Yuki Tsunoda scored a brilliant victory in the Sprint Race, taking advantage of the PREMA drivers self destructing collision into each other on the last lap in one of the Japanese drivers, arguable, finest moments at the second tier of motorsport.

The track itself has been reprofiled in recent times; Bridge and Priory being replaced by the Arena section back in 2010.

The new section has created some overtaking in it’s relatively short lifetime including Zhou’s opportunistic pass on Tsunoda at The Loop in 2020.

A good performance at Silverstone could be the perfect launchpad for the second half of the season. 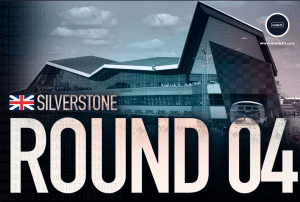