What does the Coronavirus mean for Formula 2

What does the Coronavirus mean for Formula 2

What does the Coronavirus mean for Formula 2?

Rumours that Italy is restricting travel to all persons entering and leaving the country. Northern regions are confirmed today after the Prime Minister, Giuseppe Conte, declared a National Emergency and announced at least 16 million people in 15 regions will be quarantined until April. This follows Saturday’s dramatic rise in reported COVID-19 cases, to more than 5000.

On March 5th the Director-General of the World Health Organization urged all countries to ensure containment is their highest priority and to act with speed, scale and clear-minded determination. They are concerned some countries have not taken this seriously enough.

Italy is doing so. It’s locking down. The Lombardy region is mostly affected with a forced quarantine in place. Potentially affected by movement in and out of the region is Pirelli who are based in Milan. The neighbouring, Piedmont region, where the Trident team factory is located is also listed. As is the Veneto region where PREMA Racing resides.

Exceptions will be made for professional proven needs. Does this include a travelling motorsport circus?

Not only is it Italy that’s looking to minimise Coronavirus cases. Other countries are implementing strict travel and quarantine policies.

What could this mean for Formula 2?

If the Italian based teams are affected and they are forced not to travel, this will have a direct bearing on the Championship. The entire season may be called into question.

This morning Bahrain has announced this year’s Grand Prix will be a participants-only event. Meaning it will be held behind closed doors. This is in reference to the Formula 1 event. It remains to be seen how the first Formula 2 race of the season will be affected.

How are the FIA responding?

They currently state they will evaluate the calendar of its forthcoming races and, if necessary, take any action to help protect the global motor sport community and the wider public. This appears to suggest they are prepared to cancel races, even if just one team cannot participate.

The World Health Organization have insisted this is not a drill, and that if countries act quickly and on their advice they can change the trajectory of this epidemic.

Theoretically, yes. But this means we all have to make changes. Not only as individuals, but racing teams, circuits, and sporting governing bodies alike.

If the virus isn’t as apocalyptic as what’s being suggested then there’s no reason why race weekends shouldn’t continue on in countries with no travel restrictions.

However, if case numbers continue to rise, could the sport be considered guilty of potentially contributing to the spread of the virus, through the travelling of staff, fans, track employees, FIA members, tyre manufacturers, the media, and everyone else associated.

The FIA has to consider it as a possibility, based on the World Health Organization’s warnings and advice.

Should they stand by and watch as individual circuits make their own call as Bahrain has? Or, should they be making difficult decisions at this point and consider cancelling races, or at the very least making some of them participant-only events?

As devastating to the motor racing season as this may be, we need to imagine the human devastation if the World Health Organisationâ’s advice is ignored.

The FIA has the ultimate burden of responsibility to the racing community, and an obligation to protect the global community. 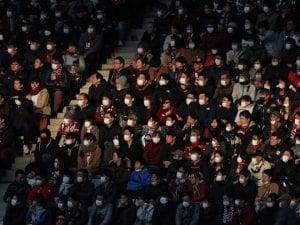